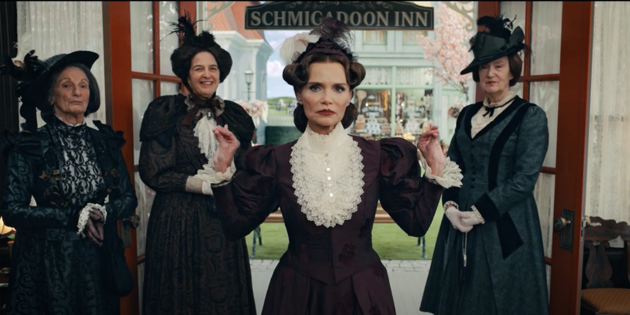 Time to take a trip to Schmigadoon! The new musical TV series, which stars Cecily Strong and Keegan-Michael Key leading a cast that includes stage favorites Aaron Tveit, Kristin Chenoweth, Alan Cumming, Jane Krakowski, Ariana DeBose and more, is giving Broadway.com fans an exclusive look at its upcoming episode. As Melissa (Strong) and Josh (Key) continue to search for their true loves so they can escape the fantastical musical town, they are threatened by the Mothers Against the Future, a group led by Chenoweth’s Mildred Layton that hate city folks who distrupt their town with “urban ways.” Watch the full clip below and be sure to catch up before the third episode of the six-episode series airs on Friday, July 23.