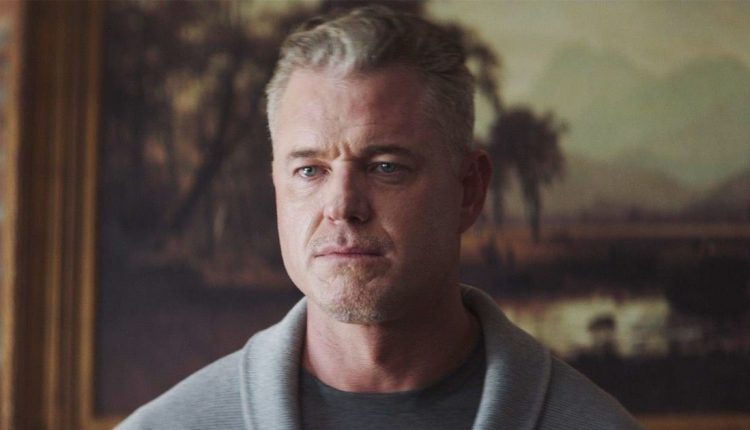 Family and friends are left with many questions after their lives are disturbed by the killing of a wife and son by husband Danny Turner, who was found dead from driving off a cliff to the bottom of a ravine. The Ravine is emotionally packed with an excellent performance turned in by Eric Dane, who plays Mitch Bianci in the film.

Rounding out the cast is Teri Polo, Peter Facinelli, Bryon Mann, Leslie Uggams, Kyle Lowder, and more. It’s directed by Keoni Waxman, who co-wrote the film with Robert Pascuzzi, and Kelly Pascuzzi. The Ravine is rated R and released theatrically, On Demand, and Digital as of May 6, 2022.

The official synopsis reads: “On a typical weekday morning in a peaceful suburb of Akron, Ohio, the town awakens to discover that Rachel Turner and her son, Evan have been brutally murdered during the night. A short while later, Danny Turner is found in his car at the bottom of a ravine, after having taken his own life. Any explanation as to why a loving father and husband would suddenly commit a series of such heinous crimes has gone to the grave with the accused. The mystery only deepens as the details of the murders emerge, and evidence of premeditation as well as Danny’s hidden past are revealed.”

Dane has appeared in many roles throughout the years and saw his fame ignite for playing Dr. Mark Sloan (McSteamy) on Grey’s Anatomy. He also played the role of Multiple Man in X-Men: The Last Stand, and is currently Cal Jacobs in Euphoria on HBO, which has been renewed for another season.

Dane recently sat down with Movieweb to talk about the emotional depth of The Ravine and what informed his performance.

Emotional Depth in The Ravine

“I really love the themes of The Ravine. Forgiveness, acceptance… It’s a project I wanted to be involved with,” explained Dane. He continued, reflecting on whether the story being inspired by true events impacted his performance on any level. “I know that it was tough for Bob and Kelly to watch some of the scenes as they unfolded because it happened to them… It didn’t impact my performance. The only thing I wanted to do is make sure that I pulled it off with enough sincerity so that I was respectful to the script, and to the people that it had happened to.”

Which Dane certainly does from start to finish, an impressive feat considering the depth of emotions that the characters experience are consistent throughout the film. “You have to stay at a low boil on set, which can get a little challenging because there’s some fatigue that comes with that. But for me, I just try to stay present. A lot of the work comes from reacting and listening. If I can stay present, usually the emotional well is there for me to access.” Said Dane. “It’s always hard to see other people experiencing pain. To see Terri [who plays Carolyn, Dane’s Character’s wife] and the kids in that scene when we had to tell them what happened… it feels more emotionally intense watching others experience that, and it gives me something to react to.”

The Ravine is inspired by true events of which a book also exists, preceding the movie, however, Dane preferred the choices he was making and a personal relationship with those close to the story to help inform his performance. “I got really close with Bob, and on more than one occasion, he was very specific and detailed with how it happened, and what he went through, and how he dealt with it.”

The Ravine is a production of Hope Messenger Media and Hollywood Media Bridge. Fans of Eric Dane can see more of him in Euphoria on HBO, and he just finished a movie called National Anthem. Next up, he is shooting a movie called Borderline with Jimmy Ward directing.

Tim Kraft is the Editor in Chief of Movieweb. His favorite genre is a tie between horror and comedy.