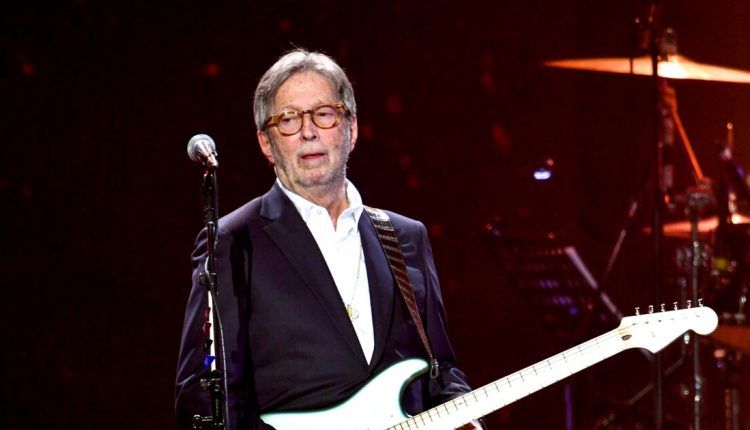 Rock musician Eric Clapton, an outspoken critic of pandemic safety regulations and the COVID-19 vaccines, has tested positive for the coronavirus.

Representatives for Clapton announced Monday via Facebook that the 77-year-old singer and guitarist had postponed upcoming tour dates in Zurich and Milan after “having tested positive shortly after the second concert at the Royal Albert Hall” on May 8. A year ago, Clapton said he had experienced “disastrous” side effects after getting his second dose of the AstraZeneca/Oxford vaccine.

“He has been told by his medical advisors that if he were to resume traveling and performing too soon, it could substantially delay his full recovery,” Clapton’s team said in a statement.

“Eric is also anxious to avoid passing on any infection to any of his band, crew, Promoters, their staff and of course the fans. So, after intensive internal discussion, it has been decided with great regret and apologies to all those concerned to postpone the performances.”

Clapton was scheduled to perform in Zurich on Tuesday and Milan, Italy, on Wednesday. According to the Facebook announcement, he is planning to return to the stage in Bologna, Italy, on Friday and Saturday.

During the pandemic, Clapton has repeatedly complained about lockdown measures and spread misinformation about COVID-19 vaccines. Last summer, the “Layla” hitmaker said he would not play at venues that required attendees to show proof of vaccination.

He has also collaborated with fellow rocker Van Morrison on multiple songs protesting “BS” vaccines and pandemic safety regulations, in addition to funding a British band with similar anti-vaccine views.

Medical experts recommend immunization as the safest and most effective method of protection against severe illness caused by the coronavirus.

“It is very frustrating that having avoided Covid throughout lockdown and throughout the period when travel restrictions have been in place. Eric should have succumbed to Covid at this point in time, but we very much hope he will be sufficiently recovered by the end of the week to be able to perform the remainder of the planned performances,” Monday’s Facebook post continued.

“A further announcement will be made concerning the rescheduling of the postposed shows once suitable dates can be identified. The shows are due to be rescheduled within the next 6 months and tickets purchased will remain valid for the new rescheduled date.”