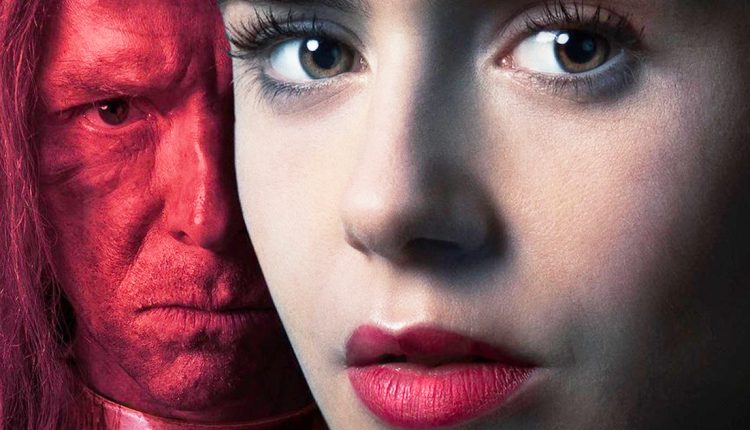 Vaughn Stein is not a filmmaker you may recognize by name, but he’s been behind some massive movies over the last decade. As an assistant director, Stein has lent his talents to the likes of World War Z, Les Miserables, The Danish Girl and Beauty and the Beast. More recently, he’s begun directing features of his own, such as 2018’s Terminal. Now, Stein is back with his latest, The Inheritance.

The movie is headlined by Lily Collins and Simon Pegg, who is quite a bit different than audiences are accustomed to. It centers on Collins who is dealing with the aftermath of her father’s death. He served as the patriarch of a wealthy and powerful family and left behind a shocking secret inheritance for her to discover that ultimately threatens to destroy their lives.

I recently had the good fortune of speaking with Vaughn Stein about his latest. We discussed why he and Simon Pegg work so well together, what makes actor Michael Beach such a wonderful person and much more. Enjoy.

We’re here to talk about Inheritance, your new flick. Just for the sake of our readers, if you don’t mind, as the director, how would you explain Inheritance to people?

Vaughn Stein: I would describe it as only a psychological thriller with a strong satirical undercurrent. That would be my short explanation of it. The first time I read the script, It just grabbed. Matthew Kennedy, who wrote it, blended this very complex, very high stakes, race-against-the-clock thriller with this dark fairytale about the monster in the basement. About the skeleton in the closet. It kind of talks about the nature of old money, the nature of privilege, and the idea that people are above the law. That money buys you immunity. I just was really fascinated.

One of the things that came to mind when I was watching it. You directed it. You did not write it. and I’ve always kind of found that to be fascinating, because I imagine you look at a script and there are tons of ways you can go about interpreting material. Specifically watching this, I felt like there was, correct me if I’m wrong, but I think there were a lot of ways you could have approached what was on the page. I felt like maybe you could have looked at it more like a dark comedy. But you interpreted it in a very specific way. How do you go about interpreting material like this once the strip comes your way?

Vaughn Stein: It’s interesting that you say that because there was definitely, and I think this is a testament to the actors as well, there was a vein of jet-black humor that rang true, that we looked to play with a little bit. When I read it what instantly grabbed me was the idea that you have these very real characters in this extremely heightened and somewhat satirized situation. What I wanted to do was sort of play the emotional truth of this ridiculous situation. A daughter mourning her father who discovers this incredibly dark secret that threatens to unravel her family. That is a really, really strong emotional base to make a film from, but the fact that there is this dark and exciting, but also very heightened bunker that carries an emaciated prisoner who knows so much about her life. That’s what drew me. That’s where my natural instincts as a filmmaker were drawn.

So another thing you did here, which I always appreciate, is you kind of went against type here in a couple of cases. Obviously you have Simon Pegg who is known maybe as the comedic relief in most cases, but you also Patrick Warburton, who is a very funny guy. Again, dead serious here. Was that by design? Did you intend to go against the grain with some of those decisions? Or was it just a happy accident?

Vaughn Stein: A combination of the two, I’d say. Simon was in my last film Terminal, he was a huge part of it and we got on extremely well. He is a world-class actor anyway and, as we know, a world-renowned comedy actor. He is able to embrace the darkness in a really unique way. When I first read the script I thought of him immediately. I thought, what an amazing opportunity for us to work together again and collaborate, but also for him to take on something that is so different. The physical transformation that he went through to put on all of that muscle and strip off 12, I think 14 kilos actually, to have that emaciated prison bod going on, was incredible.

I love casting against type. Patrick I’m a huge, huge fan of. As well as being a brilliant comedy actor, he’s got this amazing presence and this incredible baritone in his voice. We really wanted the character of Archer to hold the film. To be able to lean into Patrick’s presence and have this ghostly figure hanging over it was amazing. We had a lot of fun. I love seeing actors outside of our preconceived notions of who they are. I find it extremely exciting. I do look to do that, yeah.

I love Simon Pegg so much. I love when you get to see somebody do something different. And that was what was nice about this. I’ve seen a very large chunk of his work and I’ve never seen anything like this from him. But I had always sort of guessed, as a viewer that capacity was available. It’s nice when a filmmaker gives somebody like that a chance.

Vaughn Stein: Yes, I completely agree. I’m really very, very blessed with the ensembles I’ve had the chance to work with. I’ve had the most amazing casts in the films I’ve been blessed to make. I look for those films where you see actors doing things you’re not used to seeing. Simon is an amazing, amazing actor. We talk a lot about this, but the line between comedy and horror is extremely thin. Tragedy and comedy. It’s all about timing. It’s all about utilizing physique. Simon is an amazing collaborator in that way.

He also made one of the all time great horror comedies. Shaun of the Dead showed us that line is razor-thin.

Vaughn Stein: Exactly. There are some incredibly well-handled bits of tragedy in Shaun of the Dead. There are also some incredibly realized, genuine horror beats. What he and Nick [Frost] and Edgar [Wright] did in that film…I literally wore out my DVD at university. I watched that film so many times. We wanted to, in our way, blur those lines, and I think we did.

You mentioned earlier, the comedy that’s in it, it’s very much pitch, pitch black, if there’s a line of it at all. I was researching a bit and you’ve been, as assistant director, on some absolutely massive and prestigious movies. You worked on some incredible stuff, but you only started directing on your own recently. Relatively recently anyway. As a director, as the man in charge, would you be interested in doing a blockbuster, a big, big movie like that? Or would you prefer to keep doing these smaller movies? Is there a kind of blockbuster that would interest you as a director?

Vaughn Stein: I mean, absolutely, yes, is the short answer. I would love to. I was so blessed in my career. I finished at university and I realized I didn’t actually have a clue how to make films. I was extremely lucky. I worked very hard and I loved being an assistant director. I loved facilitating amazing, amazing directors. I had the opportunity to rub shoulders with some of the best directors in the world, some of the best actors in the world and learn from them. I’ve been so blessed to be part of astonishing films and huge set pieces. I would love to make blockbusters. I would love to keep making genre films. I would like to make films at all levels. I love being part of it. I’m my happiest, on a professional level, on a film set. I would love to have that continue.

A little bit more of a specific thing. Michael Beach is in Inheritance as well. He’s a guy that fascinates me. He’ll go from doing Aquaman, one of the biggest blockbusters of the year, and then he’ll go to Deep Blue Sea 2. But whatever he’s in, he will give 1,000 percent commitment. Like in this, he was super committed. What is it like working with him as a director? He strikes me as one of those guys that just loves the work.

Vaughn Stein: He is an absolute dream, Michael. I’ve followed his work for years. There are a handful of character actors that are so capable of playing anything. If you look at what Michael has done, as you say, from Aquaman to Sons of Anarchy. The guy is such an amazing actor. He is such a pleasure to work with. He imbues everything he does with character and depth. He’s just a lovely guy, to be honest. Working with him as part of the ensemble was an absolute pleasure.

This is kind of a weird time for everybody, especially in the movie industry. There are a lot of unknowns. Movie theaters aren’t open. But what does it mean for you, as a filmmaker, to be able to deliver entertainment to people at a time like this? To be able to offer them an escape from the dread that’s going on in our day-to-day lives right now?

Vaughn Stein: It means everything. It’s lovely. It’s an honor. It’s a really strange time for everyone. I’m sure billions of people are looking for comfort, an escape in great movies and great TV. We’re very blessed to live in such a connected way that we have thousands of films at our fingertips. I hope Inheritance is a great ride. I hope to give people a great experience in a kind of funky way.

Inheritance is now available on DirecTV and will be available On Digital and On Demand on May 22 from Vertical Entertainment.

Natalie Portman shuts down her pregnancy reports; hits back at bodyshamers in a hard-hitting post