Did you know Jungkook and V were nervous to give their AMAs speeches? Here’s how RM turned a saviour for them 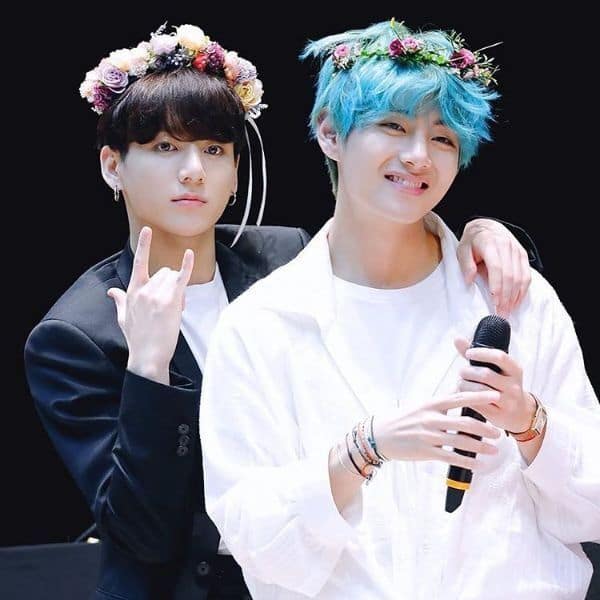 The popular South Korean pop band BTS won big at the 2021 American Music Awards. The Bangtan boys took home three awards from the prestigious show including the grand prize, “Artist of the Year.” Jungkook and V revealed they were nervous to give speeches at the 2021 American Music Awards. The two said that giving a speech is harder than it looks and we cannot agree more. Suga said that he kept his eye on both V and Jungkook who were supposed to give their speeches right after RM.

As RM started giving a speech at the award function, Jungkook and V’s nervousness grew. Well, what happened next will bring a smile to your face. Both, V and Jungkook did not give their speeches. Yes, you read that right. The two did not anticipate as leader RM’s speech did not stop and went for too long.

RM’s speech took a long time and by the time he was finished, the screen was already displaying ‘Please wrap it up’ indicating that they had to conclude their speech at the award function. Jungkook and V had worked hard to remember their speeches accurately and were reciting them continuously. Apart from this, they even had to face the pressure from the sign that the signboard was showing up.

Moreover, the arena would cause a sound delay that made it difficult for them to hear and speak at the same time. RM turned a saviour for V and Jungkook, but his best heartfelt speech did not stop the members from teasing him! Jungkook said, ‘He said ‘Thank you’ after saying something and I thought it was over but…! *continues speech*’ Isn’t this funny?