Desi Bangtan ARMYs stream Bad Decisions like crazy; India takes the second position after the US on YouTube numbers 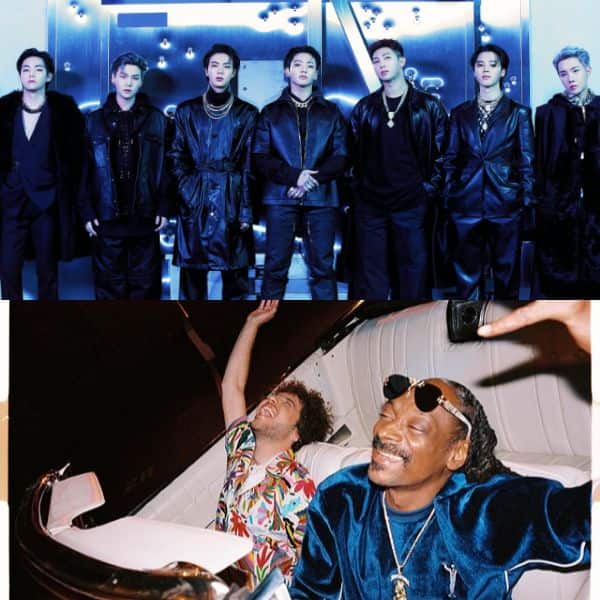 BTS fans are spread all over the globe but Indian fans aka the desi Bangtan ARMY has a huge love for streaming. Every time, a BTS member releases a song fans make sure that it gets streamed in huge numbers. This time, it is Bad Decisions. The song is a collaboration between BTS vocal line (Jimin, V, Jin and Jungkook), Benny Blanco and Snoop Dog. As we know, YouTube numbers are important for a song. After the US, it is India that has streamed Bad Decisions the most. India made records for J-Hope’s Jack In The Box and Jungkook – Charlie Puth’s Left and Right too. You can read more on it in our Hollywood news. Also Read – Love BTS photo cards? Kim Taehyung, Jungkook, Jimin’s pics have been sold for as much as above Rs 60K [View List]

BTS has been busy with group and solo activities. Bad Decisions is the first project of the vocal line with big Western artistes like Snoop Dog and Benny Blanco. The band is gearing up for a concert in Busan. Benny Blanco promoted the song by calling ARMYs to a spot in California which was kind of wooded. A number of people gathered there, and the cops had to disperse the crowd aka ARMYs. He has posted a pic with Jimin as well. Also Read – BTS ‘father’ Bang Shi-Hyuk turns a year older; as ARMY celebrates #BANGPDDAY here are 5 facts about him every fan must know

BTS has a huge fanbase in India. While the K-Pop fandom started from the Northeast, it has now spread to all major metro cities. These numbers are testimony to that. Also Read – BTS: J-Hope REVEALS how his parents reacted after seeing him perform at the Lollapalooza