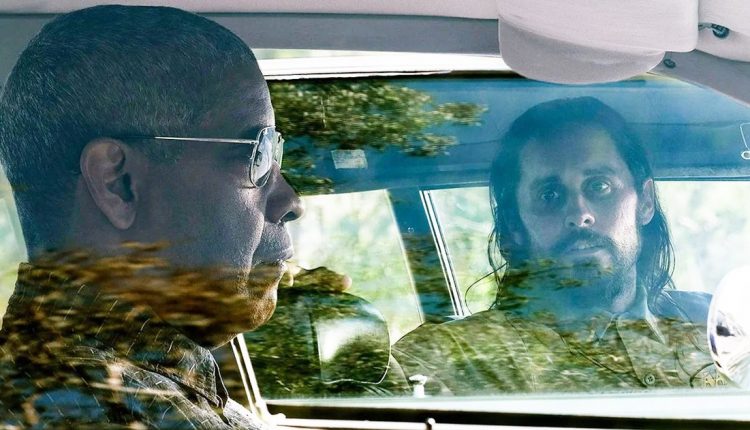 Denzel Washington leads an all-star cast in The Little Things; a slow burn period crime drama that’s heavy on character development, but struggles to be entertaining. The serial killer storyline becomes muddied by secondary subplots. The mystery at the core of the film is overtaken by complex character exposition. The result is a well-acted ensemble in a sluggish narrative. The Little Things needed to be more concise. The performances are good, but the laborious pacing loses steam.

The Little Things is set in 1990 Southern California. A serial killer is preying on young women. Deputy Joe ‘Deke’ Deacon (Denzel Washington) arrives from Bakersfield to pick up evidence at his old Los Angeles precinct. He’s greeted fondly by his former colleagues, but does not receive a warm welcome from the captain (Terry Kinney). He wants Deke back on the road as soon as possible. Detective Jim Baxter (Rami Malek), a young hotshot in charge of the LAPD’s investigation into the murdered women, takes great interest in Deke’s presence.

Baxter invites Deke to accompany him when another victim is found. He’s mightily impressed by the older officer, but doesn’t understand why the captain is so wary of Deke. As the clues point to a strange suspect (Jared Leto), Deke’s obsession with the grisly murders also ensnares Baxter. Deke is haunted by his past and a killer that must be stopped. Their hunt for justice begins to blur ethical lines.

The Little Things takes the time to be deliberative. The search for the killer is just a piece of an extremely detailed plot. Deke’s backstory, his true motivations, are equally important to the film’s progression. This duality is fascinating for the primary character’s arc, but detrimental to the general pacing. The Little Things slows down significantly when it should be pressing forward. Tense moments are too often deflated. It’s difficult to get back on the train once you’ve jumped off. This is especially evident in two pivotal scenes between the investigators and Jared Leto.

Writer/director John Lee Hancock (The Blind Side, The Highwaymen) gives his formidable cast room to completely inhabit their characters. Denzel Washington commands the screen with his titanic presence. He’s tremendous as usual, broken down and laden with guilt from a lifetime of chasing evil. Rami Malek holds his own, as does a creepy as hell Jared Leto. Who looks greasy enough to fry chicken on his forehead. The Oscar winning trio of actors keep their end of the bargain. Hancock just needed to measure their performances, editing wise, to the trajectory of story. This is usually the case when you have good acting in a plot that drags. This HBO Max streaming release needed a tighter edit to reduce lulls and focus on the more dynamic parts of the script.

The final act of the film will certainly generate discussion. The Little Things takes an unexpected turn that I found completely unrealistic, but understand the point that John Lee Hancock is trying to make. He offers an intriguing conclusion that may leave some audiences unfulfilled. The Little Things is a production of Gran Via. It will be released January 29th concurrently in theaters and streaming on HBO Max from Warner Bros.