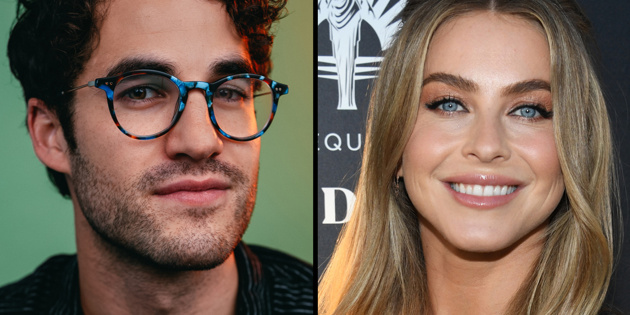 Emmy winners Darren Criss, who stars in American Buffalo and Julianne Hough, is in POTUS: Or, Behind Every Great Dumbass are Seven Women Trying to Keep Him Alive, will co-host official Tony coverage on June 12. The Tony Awards: Act One will begin on Paramount+ from 7-8PM ET, prior to the Tony Awards ceremony, which will take place from 8-11PM ET on CBS and streaming live and on demand on Paramount+. Throughout the hour, Criss and Hough will give out awards and introduce special performances. Oscar winner Ariana DeBose will host the awards ceremony.

“We are thrilled to have Darren and Julianne kick-off our 75th Anniversary with The Tony Awards: Act One, celebrating the dynamic achievements of Broadway’s best,” said Charlotte St. Martin, President of The Broadway League and Heather Hitchens, President and CEO of the American Theatre Wing.  “We can’t wait to see what these two triple-threat talents will bring to the stage on Tony night!”

Criss stars opposite Sam Rockwell and Laurence Fishburne in American Buffalo. His Broadway credits include Hedwig and the Angry Inch and How To Succeed In Business Without Really Trying. On television, Criss’ portrayal of Andrew Cunanan in American Crime Story: The Assassination of Gianni Versace was met with widespread critical acclaim, earning him a Primetime Emmy Award, Golden Globe Award, Screen Actors’ Guild Award and Critics’ Choice Award. His other screen credits include Glee, Midway, Central Park and more. POTUS marks Hough’s Broadway debut. She won the fourth and fifth seasons of Dancing with Stars and went on to serve as a judge for the competition. Hough’s screen credits include Burlesque, Footloose, Rock of Ages and Fox’s Grease: Live.