DaBaby returns to stage at Summer Jam with another apology 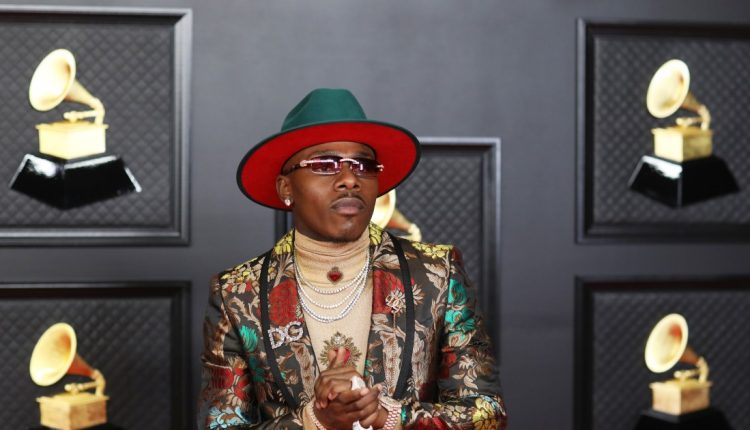 Rapper DaBaby, who saw his career stall in recent weeks after he made homophobic and misogynistic comments onstage last month, is still apologizing. And, perhaps more surprisingly, is employed again.

The “Rockstar” and “Levitating” rapper performed at Sunday’s edition of Hot 97’s Summer Jam in New Jersey despite widespread criticism and several canceled festival gigs. Before taking the stage at MetLife Stadium, he played a video montage thanking organizers for accepting his apology, taking a chance on him and allowing him to share his gift “amongst all the chaos and all the backlash,” according to videos from the event posted online by the Shade Room and other social media users.

DaBaby, 29, had been dropped from numerous festivals and faced public ire for making crude remarks about LGBTQ people and women at the Rolling Loud music festival in Miami in late July. Then, the North Carolina artist doubled down and issued haphazard mea culpas, which made matters worse and coincided with him being booted from a number of concert lineups, including Chicago’s Lollapalooza, Austin City Limits, the U.K.’s Parklife and Las Vegas’ iHeartRadio music festivals. A-list artists including Madonna, Questlove and Elton John also denounced his comments, particularly his misinformation about HIV and AIDS.

His return to the stage Sunday marked his first major performance since the crude remarks catalyzed the public-relations crisis.

“They accepted my sincerity and all my apologies,” DaBaby said of concert organizers, “when I said I never, ever meant to offend anybody or say anything to make anybody feel any type of way live on that stage a few weeks ago.

“And Hot 97 was also willing to stick they neck out on the line, willing to go against all odds. everything going on out here in the world. They still allowed me to come right out here on this stage and utilize their platform,” he continued. “They helped the world move forward and become a better place and not dismiss people based off mistakes made like we ain’t human.”

DaBaby — real name Jonathan Lyndale Kirk — played a raucous set and shared Instagram Stories of himself being swarmed by fans soaked by Tropical Storm Henri rain as he made his way through the crowd. The so-called “Live Show Killa” also referenced his video-montage apology to segue in the song “Cry Baby,” a track by rapper Megan Thee Stallion that he was featured on.

“Check this out, other than the people that was truly offended, I feel like the rest of y’all motherf— being crybabies,” he said as he launched into the song.