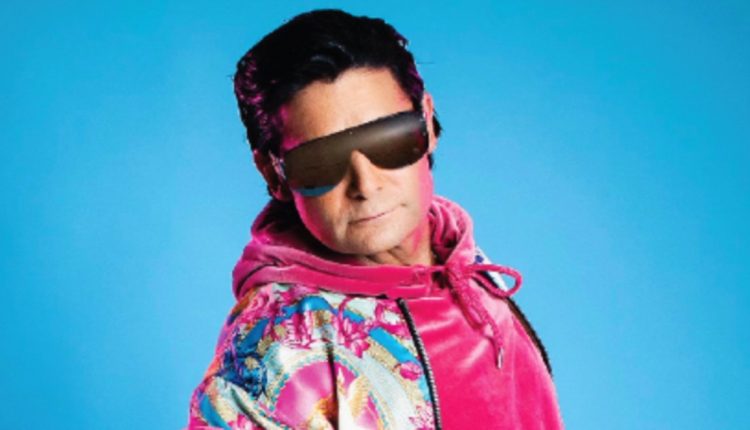 Corey Feldman is celebrating his 50th birthday with a private party in Hollywood, and he plans to stream the event live for his fans to watch the festivities. A former child star, Corey Feldman found international fame in the 1980s by appearing in movies like The Goonies, Stand by Me, and The Lost Boys. He has since made the move into music as well and is currently preparing to release his next album, Love Left 2. A new single dropped on his birthday, with the song ‘Feeling Funky’ available starting today. To help ring in Corey Feldman’s big birthday bash, we caught up with the multi-talented performer to learn more about his plans.

In honor of 50 years in entertainment, Feldman has announced a special “Summer of Love” celebration that will see him curating different events centered around three key points. The first is a private birthday affair for friends and family at the Landmark Hollywood Roosevelt and the second is a VR live streaming event centered around his 50 years in movies. The final act is a benefit concert celebrating 50 years in music, which will go to benefitting the homeless in Los Angeles.

Feldman is also celebrating the 25th anniversary of his debut album with the Love Left 2.1 box set full of raribles, while more of his novelty art will soon be sold as NFTs. They’ll be joined by other items digitized by Feldman for his custom proprietary NFT store via Cosmic Wire, which he explains more about in our exclusive chat with the Hollywood legend. As the 36th anniversary of The Goonies, 35th of Stand by Me, 34th of The Lost Boys, and 32nd of Dream a Little Dream and The Burbs crosses, Feldman digitizes iconic items from those movie sets to make available in the store. And some of these props will also be available physically. Some of the NFTs, such as a stake from The Lost Boys, will be available for 3D printing after purchase.

Continuing the “Summer of Love” celebration, and to help launch Corey Feldman’s NFT store, there will be a fully interactive NFT based streaming event celebrating 50 years of film with his most classic films and cast, followed immediately by a live celebrity filled concert celebrating his music career as he enters his fiftieth year. His unearthed collection will be used as decor and tributes to Corey Feldman to warm up love-filled nights. Premiere virtual ticket holders will be treated to a more immersive experience with Corey Feldman and friends. And a portion of the proceeds will go to various charities.

Per the press release: “The NFT artwork will be authenticated and protected using proprietary and unique technology from CosmicWirepartners, REV3AL Technology, and NCODED, disruptive multi-factor authentication and encryption technology that shows the authentic creation of the work and protects it from being counterfeited in the digital space.The holistic multi-media company will be producing and publishing a number of exciting projects over the coming months while also founding a clean energy solutions specifically focused on the environmental impact of the crypto industry and secure digital archive to protect humanity’s most valuable assets.”

Last year, Feldman released his documentary (My) Truth: The Rape of 2 Coreys. His other recent credits include appearing in the vampire movie Corbin Nash and the shark horror sequel Sharknado 3: Oh Hell No! Feldman has also been vocal about his desire to reprise his role from Friday the 13th Part IV: The Final Chapter as an older Tommy Jarvis in the next Friday the 13th sequel.

In any case, we’ve seen a lot from Feldman over the years, and that is certainly cause of a celebration. Happy 50th birthday to Corey Feldman! You can find out more information by visiting the actor’s official website at CoreyFeldman.net.