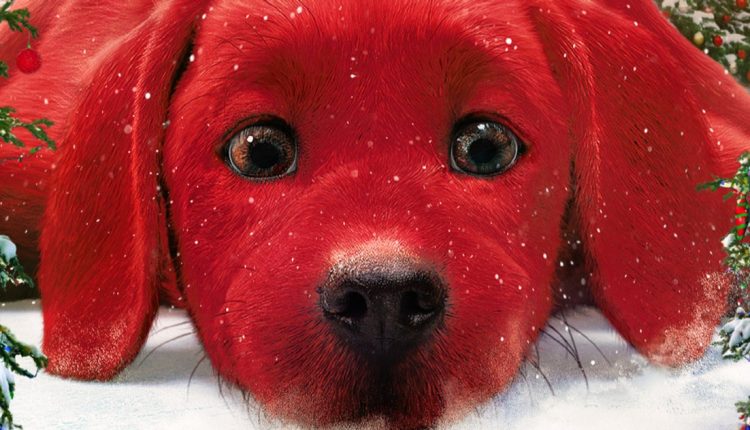 Clifford the Big Red Dog is a hilarious children’s film that will delight the entire family. A bullied and lonely girl’s wish for friendship ends up being a ten feet tall, vibrant red playful puppy. Insane hijinks ensue as the dog wreaks comedic havoc in Manhattan. Clifford the Big Red Dog has a winning combo of physical humor, clever double entendres, and perfect casting. I found myself laughing consistently throughout and left the theater with a big goofy smile. That’s a rare occurrence for this grumpy critic. Kids are definitely going to love Clifford the Big Red Dog.

Twelve-year-old Emily Elizabeth Howard (Darby Camp) dreads going to her snooty New York City prep school. The mean girls call her “food stamps” because she attends on a scholarship and lives in Harlem. She thinks everyone hates her, but doesn’t realize that Owen Yu (Izaac Wang) is utterly besotted. Maggie (Sienna Guillory), Elizabeth’s mother, has to go on a sudden business trip and can’t find a babysitter. She’s forced to ask her goofball younger brother.

Casey Howard (Jack Whitehall) is an unemployed illustrator, secretly living in his van, and struggles mightily to be an adult. He fancies himself a “cool uncle”, but Emily tires of his immaturity. A trip to Central Park leads them to Bridwell’s Animal Sanctuary. Emily is smitten by a tiny, oddly colored red puppy. Casey stands firm that they cannot adopt the pooch. Her mother would be furious and their awful super (David Alan Grier) doesn’t allow pets. Bridwell promises the puppy would grow from all of her love. They leave and go home. But to Emily’s surprise, the dog appears in her backpack. She calls him Clifford. Emily awakens the next morning to a truly gigantic surprise.

Puppies are a handful. Anyone who’s ever had a dog knows how much damage an energetic pup can do. Now imagine that dog is the size of an elephant. The filmmakers spin comedy gold with Clifford‘s antics. He’s got to eat, drink, pee, poop and play like every other dog. Casey and Emily’s efforts to hide Clifford are a laugh riot. Their secret quickly becomes an internet sensation that catches the scheming eye of LifeGro’s duplicitous CEO (Tony Hale).

British actor and comedian Jack Whitehall is tremendous. His performance anchors the film. His bumbling interactions with the CGI dog and young Darby Camp are side-splitting funny. Whitehall nails the physical pratfalls without looking silly or forced. He’s entirely believable as an uncle who can’t eat a slice of pizza without making a mess or accidentally forgetting his niece in a subway. Clifford is undoubtedly the draw here, but Jack Whitehall elevates the material on page and screen with his talent.

I’ve railed against previous films for having unrealistic CGI animals. Clifford looks and acts accordingly for most of the runtime. The action does take a cartoonish turn during the multiple chase scenes. This is an adaptation of the popular children’s books about a giant red dog, so the realism angle isn’t much of an issue. Clifford the Big Red Dog exceeds expectations. It’s a wonderful family film on all fronts. Kids will be begging for puppies after watching. Let’s hope they’re well taken care of and not painted red. Clifford the Big Red Dog is produced by New Republic Pictures, Entertainment One, and Scholastic Entertainment. It will be released concurrently in theaters and Paramount Plus on November 10th.