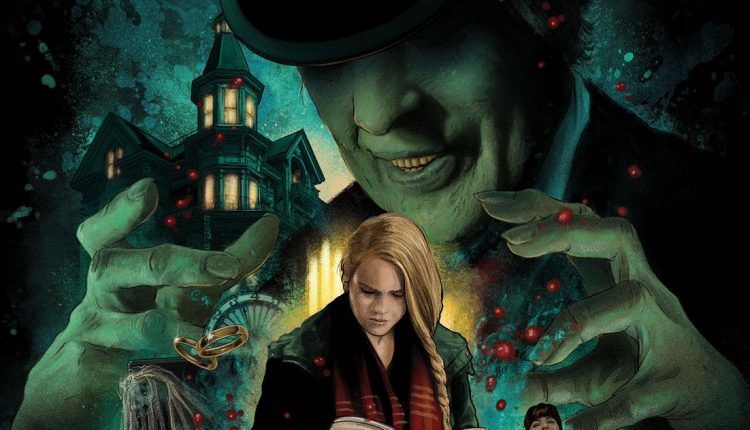 There is a new horror host, and he’s a little friendlier than most. This week, meet undertaker Montgomery Dark when The Mortuary Collection arrives on VOD, Digital HD, DVD & Blu-ray on April 20, 2021. The legendary Clancy Brown takes the terrifyingly creepy lead in this horror anthology. We recently caught up with the fan-favorite actor to talk about creating a new horror icon, along with a whole host of other stuff he’s currently working on.

Clancy Brown is no stranger to genre fare. He’s been working since the ’80s, when he got his start in such popular TV shows of the time as The Dukes of Hazzard and Bay City Blues. He made a name for himself amongst fanboys everywhere when he took on the immortal role of Kurgan in Highlander, which followed supporting parts in cult classics like The Adventures of Buckaroo Banzai and Thunder Alley. He’s kept that streak going for the past three decades, racking up memorable performances in The Shawshank Redemption, Starship Troopers, A Nightmare on Elm Street and the Green Lantern movie.

Now, Clancy Brown gets to take the lead in what could very well become the next horror anthology franchise. Set in the phantasmagorical town of Raven’s End, nothing is as it seems….In The Mortuary Collection, a misguided young girl takes refuge in a decrepit old mortuary.

There she meets Montgomery Dark, an eccentric undertaker with more than a few skeletons in his closet. Montgomery chronicles the strange history of the town through a series of twisted tales, each more terrifying than the last, but the young girl’s world is unhinged when she discovers that the final story…is her own.

In our exclusive chat with Clancy Brown, interviewer Paulington James Christensen III finds out how the character of Montgomery Dark came to be, and where he may be heading in the future. Clancy Brown also opens up about his role in the Dexter reboot happening on Showtime, and whether we’ll get to see his fan-favorite Star Wars role of Burg in a future episode of The Mandalorian