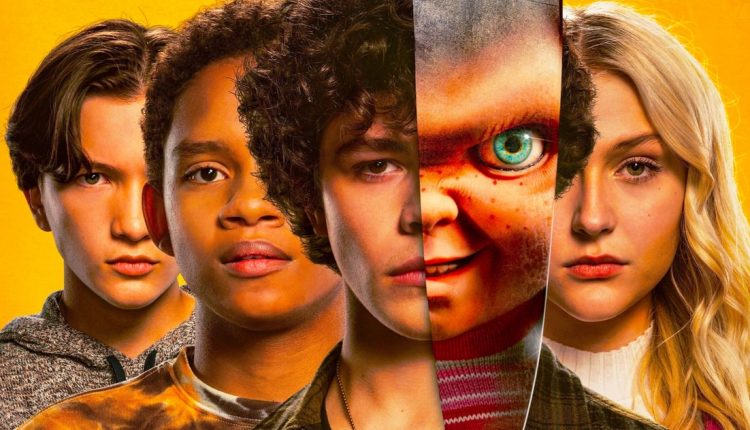 Chucky’s back, Jack! And he’s ready to play. The iconic killer doll returns in his first-ever TV series, which premieres tonight, October 12, on both Syfy and USA. Knife in hand, the not so ‘good guy’ has some new friends and a lot of old foes to contend with as play time turns to slay time. Joining Chucky are franchise newcomers Zackary Arthur, Teo Briones, Alyvia Alyn Lind and Bjorgvin Arnarson. We recently caught up with the young cast to find out what it was like working with Chucky.

In the new television series, an idyllic American town is thrown into chaos after a vintage ‘Good Guy’ doll turns up at a suburban yard sale. Soon, everyone must grapple with a series of horrifying murders that begin to expose the town’s deep hypocrisies and hidden secrets. Meanwhile, friends and foes from Chucky’s past creep back into his world and threaten to expose the truth behind his mysterious origins as a seemingly ordinary child who somehow became this notorious monster.

Chucky is produced by UCP and executive produced by creator Don Mancini, David Kirschner, Nick Antosca and Alex Hedlund. Harley Peyton will also serve as executive producer. Mancini, who penned the film franchise, wrote the television adaptation, will direct the first episode and serves as showrunner.

The ‘classic coming of rage’ story kicks off tonight, October 12, bringing some big scares for the Halloween season. The TV show is considered a direct sequel to the 2017 Child’s Play movie Cult of Chucky, which served as the 7th movie in the franchise. The USA and Syfy series has no ties to the recent Child’s Play reboot, and instead carries on the legacy first formed in the 1988 original, with longtime franchise icon Brad Dourif back to reprise his role as the voice of Chucky, onetime serial killer Charles Lee Ray.

The premier episode titled Death by Misadventure introduces new hero Jake (Zackary Arthur), a gay teenager whose father isn’t accepting of the boy’s “burgeoning sexual and romantic identity”. After finding the vintage Good Guy doll at a garage sale, Jake and Chucky are set off on a course of chaos that will bring plenty of familiar faces back into the fold. Episode 2, titled ‘Give Me Something Good to Eat’, will debt on October 19. There are 8 episodes in the first season, with franchise creator Don Mancini directing every single one.