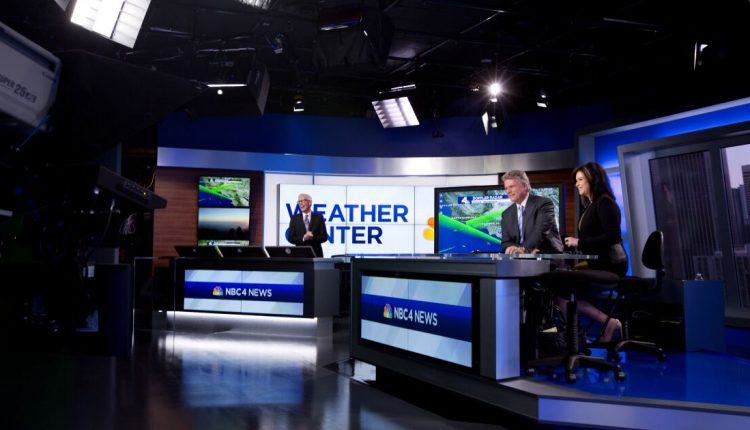 Henry, along with veteran reporters Beverly White, Vikki Vargas, Kim Baldonado and Angie Crouch, have accepted “voluntary early retirement” buyouts and will be leaving the station at the end of this month, according to two station insiders who were not authorized to comment. Vargas announced her retirement on social media Wednesday night.

Company-wide, NBCUniversal has been offering incentives to encourage some longtime staff members to exit amid a dramatic round of cost-cutting. Television companies industrywide have been bracing for a lean 2023 because of an advertising downturn, fears of a possible recession and rising programming costs, including increases in sports rights fees.

Earlier this fall, KNBC-TV management told staff members that it hoped enough volunteers would accept the buyouts to reduce the number of layoffs at KNBC-TV and its sister Telemundo station, KVEA-TV Channel 52, according to three people familiar with the situation but not authorized to speak publicly. Despite the five prominent broadcasters volunteering for early retirement last month, it wasn’t enough to spare the station from the layoffs, the sources said.

On Wednesday, several executives and staff members learned they were part of the layoffs, according to the sources.

It was not immediately clear who will replace Henry, the affable, Emmy-winning anchor who has worked alongside co-anchor Colleen Williams for more than a decade. Williams is expected to stay on.

KNBC and KVEA general manager Todd Mokhtari did not respond to messages for comment.

For KNBC viewers, the departures of so many familiar faces at the same time could be jarring and upsetting. The exits come two years after one of KNBC’s most distinctive and beloved personalities, meteorologist Fritz Coleman, retired after providing weather reports for the station for 39 years, and a year after longtime reporter Patrick Healy signed off after 37 years.

Henry co-anchored Wednesday night’s newscasts. The beloved anchor has spent more than 55 years in broadcasting, starting in 1966 at a Honolulu station. Early on, he worked for NBC affiliates in Anchorage, Alaska and Chicago, where he also produced and hosted a community program called “Your Army Neighbor.” In the 1980s and early 1990s, he was host and producer of a travel program, “Eye on L.A.”

White, who joined the station in 1992 as a general assignment reporter, has long been among the most versatile and popular Channel 4 reporters, handling difficult assignments with poise and professionalism.

White specializes in breaking news and has covered wildfires, mudslides, the COVID-19 pandemic, street protests, mass shootings and the deaths of music superstar Prince in Minneapolis and Michael Jackson in Santa Barbara. She delivered on-air reports during the deadly 1994 Northridge earthquake. The native of Killeen, Texas, received a lifetime achievement award from the National Assn. of Black Journalists four years ago.

Vargas, a Downey native and the station’s Orange County bureau chief, has been part of the Channel 4 news team for more than 40 years.

She announced her retirement to her fans on Twitter. “I hope to take the skill of storytelling and maybe use it for the greater good, whatever that looks like, but mostly I thank you for being part of this, with me for 40 years. Forty years,” Vargas said in a video message, her voice choking with emotion.

Vargas received a lifetime achievement award from the National Hispanic Media Coalition, and has reported dozens of high-profile stories over the years, including the 1981 release of the American hostages in Iran, an Orange County jail break, the 2011 Seal Beach hair salon killings, the 2013 Christopher Dorner search, and the federal indictment of Orange County’s former Sheriff Mike Carona.

Baldonado, an Emmy-winning reporter and L.A. native, started her career in San Francisco as an assignment editor before returning to Southern California, where she worked as a field producer for Fox’s KTTV-Channel 11. Her first on-air reporting job was in Palm Springs. She worked at independent station, KCAL-TV Channel 9, before joining KNBC in 1995.

A member of National Assn. of Hispanic Journalists, Baldonado was honored with a National Edward R. Murrow Award for her work on a special delving into a political battle for control of the Los Angeles Unified School District more than a decade ago. She also excelled in presenting human interest features. She covered Pope John Paul II’s visit to Cuba and the Summer Olympics in Sydney, Australia.

Crouch, also an Emmy-winning reporter, joined the station in 2004. She covered the the inauguration of President Obama, the investigation into the death of Michael Jackson, an earthquake in Haiti and California mudslides.