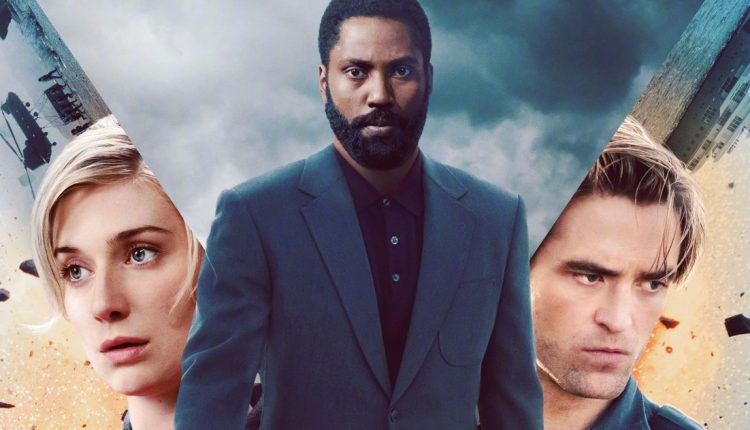 Who knew that Christopher Nolan was a fan of Jean-Claude Van Damme? The British auteur recreates 1994’s Timecop with better special effects and a vastly more convoluted plot. Tenet is a sci-fi actioner loaded with eye candy, but muddled with tedious complexity. Dynamic lead performances become lost in a constant barrage of head-scratching reveals. The supporting characters are one-dimensional placeholders in a story about manipulating the fourth dimension. Sifting through the details becomes a chore. It all makes sense in the end, sort of, but isn’t a rewarding experience. Tenet does not leave you wanting more.

The Protagonist (John David Washington) attempts to extract a high value CIA operative during a terrorist attack in the Ukraine. He encounters a strange event that leads to a mysterious object. The mission does not go well. The Protagonist awakens to learn he’s earned a promotion. A temporal Cold War is taking place between unknown factions. At the center of this conflict is a Russian oligarch, Andrei Sator (Kenneth Branagh). The Protagonist is instructed to infiltrate Sator’s organization through his unhappy wife, Kat (Elizabeth Debicki).

Dramatic events shed light on the true scope of the situation. The fate of the world is at stake. The Protagonist’s adversaries have weapons that flow backwards through time. He recruits a former CIA colleague (Robert Pattinson) to help him discover their origin. They scour the globe for pieces to the time bending puzzle. Kat becomes an unwilling pawn in a ruthless chess match. The Protagonist resolves to save her at all costs.

Tenet loads its cinematic ammo clips with quantum physics. The rub is that objects can be “inverted” in the spacetime continuum. This looks pretty cool throughout the film. Tenet has impressive scenes where bullets, cars, and people reverse while everything else in the shot goes forward. The same objects can also be duplicated as they coexist momentarily in time. Problems arise when the characters start to explain what’s happening. The slick action scenes are punctuated by ponderous dialogue. Nolan’s script is a theoretical and metaphysical jumble.

John David Washington kicks a whole lot of ass, and takes a few lumps along the way. Robert Pattinson is a genial Robin to Washington’s Batman. Every other character is poorly defined and singular in purpose. Elizabeth Debicki exists solely as the damsel in distress. It’s unclear why the Protagonist is so infatuated with her safety. Kenneth Branagh is almost a Bond villain caricature with his goofy Russian accent. His part in the narrative will certainly be discussed. Other side players pop up repeatedly, but are never explored. Christopher Nolan (The Dark Knight, Inception) fails for the first time with his supporting ensemble.

The Timecop analogy was meant to be humorous, but does accurately describe Tenet‘s basic premise. An agent uses time travel to save a love interest and prevent the technology from being exploited. The difference is that Nolan’s Tenet will confound audiences. The climax is a dizzying blur of backwards racing characters, explosions, and quick edits. None of which is compelling enough to sit through another viewing. Tenet is a Syncopy production with global distribution from Warner Bros. It will be released theatrically in the United States on September 3rd.