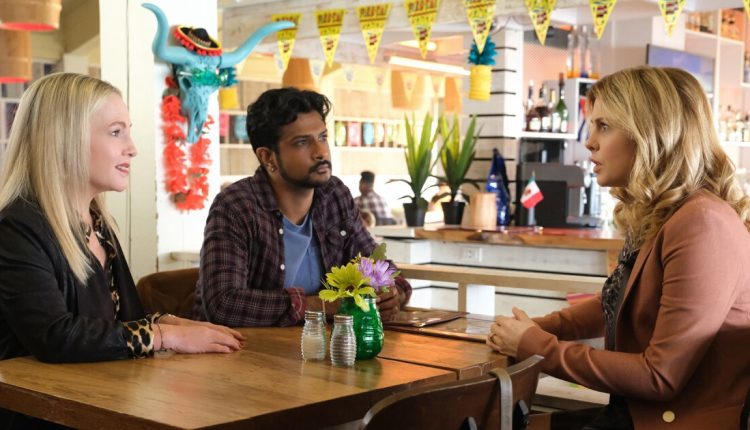 For the third time in the 16-week-old 2021-22 television season a program other than NBC’s “Sunday Night Football” topped the prime-time rankings, but like the other two times, it took another NFL game to do it.

ABC-ESPN simulcast of the Dallas Cowboys’ 51-26 victory over the Philadelphia Eagles on Saturday averaged 20.207 million viewers, the most for a prime-time program since Oct. 28 when the Arizona Cardinals-Green Bay Packers “Thursday Night Football” game on Fox averaged 20.264 million viewers, according to live-plus-same-day figures released by Nielsen Tuesday. The game averaged 13.7 million viewers on ABC and 5.507 million on ESPN.

The Arizona-Green Bay and Buffalo Bills-New Orleans Saints Thanksgiving night game on NBC were the only other non-”Sunday Night Football” games to top the weekly ratings.

The CBS crime drama “FBI” was the lead the ratings for entertainment programs for the second time in the season, averaging 8.52 million viewers, ninth for the week and second among non-sports programs.

“Women of the Movement” was the only other premiere to average more than 3 million viewers. Back-to-back episodes of the six-episode series on the quest by Mamie Till-Mobley to find justice after her son Emmett Till was murdered averaged 3.12 million viewers, 37th among entertainment programs, 53rd overall and fourth in its Thursday 8-10 p.m. time slot.

The combination of seven of the top 10 entertainment programs, the NFL runover and “60 Minutes” put CBS at the top of the network ratings for the fourth time in the season, averaging 5.47 million viewers. NBC was second, averaging 5.19 million, followed by ABC, which averaged 4.81 million.

ESPN’s “Monday Night Football” was the most-watched cable program of the 15th time in 17 weeks, with the Pittsburgh Steelers’ 26-14 victory over the Cleveland Browns Jan. 3 averaging 11.781 million viewers, sixth for the week.

The top 20 cable programs consisted of two NFL games, two NFL pregame shows and the Texas Bowl on ESPN; 11 Fox News Channel political talk shows — five broadcasts each of “Tucker Carlson Tonight” and “Hannity” and one of “The Ingraham Angle”; two editions of the MSNBC news and opinion program “The Rachel Maddow Show”; the Hallmark Channel movie, “The Wedding Veil”; and History’s long-running chronicle of the quest to solve the more than two-century-old treasure mystery on a Canadian island, “The Curse of Oak Island.”

“Don’t Look Up” was the most-streamed English-language film on Netflix for the third consecutive week despite a 61.8% drop in viewership from the previous week, according to figures released Tuesday by the streaming service.

Viewers spent 58.2 million hours between Jan. 3 and Sunday watching the comedy about an approaching comet that will destroy Earth; it was the film’s second full week of release. “Don’t Look Up” was watched for 152.29 million hours the previous week and for 321.52 million hours in the first 17 days it has been available.

The fourth season of “Cobra Kai” topped the English-language television series for the second consecutive week with 107.81 million hours watched of its 10 episodes, 10.2% less than 120.06 million hours the previous week when it was available for three days.

The first season of the eight-episode thriller “Stay Close” was second with 91.18 million hours watched in its first full week of release, 191.4% more than the previous week when it was available for three days.

An L.A. street musician’s tale of ingenuity and perseverance