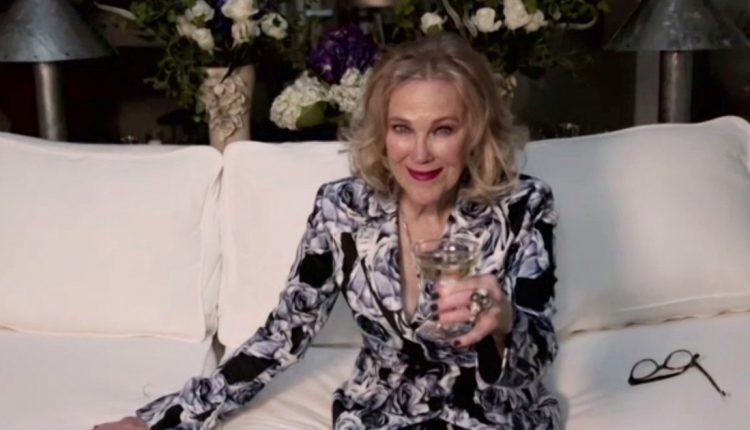 After scoring the coveted prize for lead actress in a musical or comedy series for “Schitt’s Creek,” O’Hara and her husband, production designer Bo Welch, celebrated by re-creating the atmosphere of an in-person awards ceremony — and perplexing Twitter in the process.

As the Canadian actress began to give thanks for the honor, the internet couldn’t help but focus on Welch, who whipped out his phone to play some fake applause, as well as the kind of instrumental music awards shows use to encourage winners to wrap up their remarks.

At one point, O’Hara even began singing along to her makeshift hook music. But what was seemingly intended by the couple to be a cute gag didn’t quite translate to social media, as many hopped on Twitter to express their confusion.

Can someone explain what happened in Catherine o’hara’s acceptance speech? #GoldenGlobes

Others seemed to appreciate the comedic effort, with tech professional Lance Ulanoff hailing O’Hara and Welch’s mini-performance as “instantly the best bit of the night.”

“Catherine O’Hara being hilariously played off by her husband’s phone after her #GoldenGlobes win for #SchittsCreek will probably be nominated for an Emmy later this year,” tweeted CityNews Edmonton reporter Courtney Theriault.

Sunday night’s show comes on the heels of a bombshell investigation by the Los Angeles Times that exposed years of corruption within the Hollywood Foreign Press Assn. and revealed there are no Black voters in the organization.

Madhuri Dixit On Doing Songs Like ‘Choli Ke Piche Kya Hai’, “These Were Some Of The Most Difficult Songs That I Danced On”

What's on TV Monday: 'Black Lightning' on The CW and more