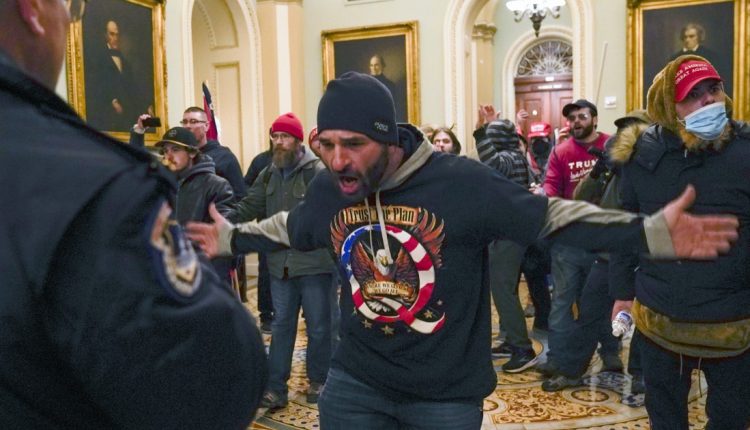 CNN drew the largest single-day audience in its 40-year history for coverage of last Wednesday’s assault on the U.S. Capitol, averaging 5.221 million viewers, and was the week’s most-watched cable network in prime time, averaging 4.108 million viewers.

CNN had the two highest-rated prime-time cable programs between Jan. 4 and Sunday. The Wednesday edition of “Anderson Cooper 360” averaged 8.867 million viewers, eighth for the week overall, and “Cuomo Prime Time,” which followed, averaged 8.785 million, ninth for the week, according to live-plus-same-day figures released Tuesday by Nielsen.

With no original episodes of the season’s three top-rated entertainment programs — CBS’ “NCIS” and “FBI” and NBC’s “Chicago Fire” — airing during the week, the premiere of ABC’s “Celebrity Wheel of Fortune” drew the largest audience among entertainment programs. The spinoff game show averaged 8.149 million viewers, first in its 8-9 p.m. Thursday time slot, 11th among prime-time broadcast and cable programs.

That was followed by the premiere of the game show “The Chase,” which averaged 6.485 million viewers, 16th overall, 10th among nonsports programs and third among entertainment programs.

The week’s first premiere on the major broadcast networks, ABC game show “The Hustler,” averaged 2.084 million viewers on Jan. 4, 64th among the week’s network programming. It retained 39.6% of the audience of the season premiere of “The Bachelor,” which preceded it.

“The Bachelor” averaged 5.26 million viewers, 26th for the week, 20th among nonsports programs and 10th among entertainment programs.

The second episode of “The Hustler” that aired after “The Chase” averaged 3.991 million viewers, third in its Thursday 10-11 p.m. time slot. That put it behind “The Last Word With Lawrence O’Donnell” on MSNBC, which averaged 4.626 million, and “CNN Tonight,” which averaged 4.172 million, 30th among network programming.

The premiere of the Fox game show “Name That Tune” averaged 3.06 million viewers, 44th among network programming. It was Fox’s fourth highest rated entertainment program, topping “The Masked Dancer” that preceded it with an average of 2.942 million viewers.

With two NFL playoff games drawing prime-time’s largest audiences of the season, NBC averaged 8.61 million viewers for the week, the most for any network during the 16-week-old 2020-21 television season. The previous high was 8.18 million by Fox the week of Oct. 19-25, when its 21 hours and 11 minutes of programming included five World Series games.

The Cleveland Browns’ 48-37 victory over the Pittsburgh Steelers in an NFL wild-card playoff game Sunday on NBC averaged 24.784 million viewers, the most for a prime-time program this season. It erased the previous high of 21.371 million set a day earlier for NBC’s coverage of the Tampa Bay Buccaneers’ 31-23 victory over the Washington Football Team in a wild-card playoff game.

The season’s high before Saturday was 19.573 million for the Kansas City Chiefs’ 35-31 victory over the Las Vegas Raiders on NBC’s “Sunday Night Football” Nov. 22.

NBC’s biggest audience for a program outside of its football coverage was for the drama “This Is Us,” which averaged 5.206 million viewers, 29th for the week, 23rd among nonsports programs and 12th among entertainment programs.

CBS benefited from a 55-minute runover of its coverage of Sunday’s wild-card playoff game between the New Orleans Saints and Chicago Bears, which averaged 29.946 million viewers. The runover is not considered a separate program but is included in the weekly average.

CBS had the top-ranked nonsports program, “60 Minutes,” which was sixth for the week, averaging 14.798 million viewers, its most since Oct. 25.

“The Office” drew the biggest audience for a streaming program for a record seventh time, according to Nielsen’s latest report, with viewers watching 1.279 billion minutes of the 2005-13 NBC comedy’s 192 episodes from Dec. 7-13.