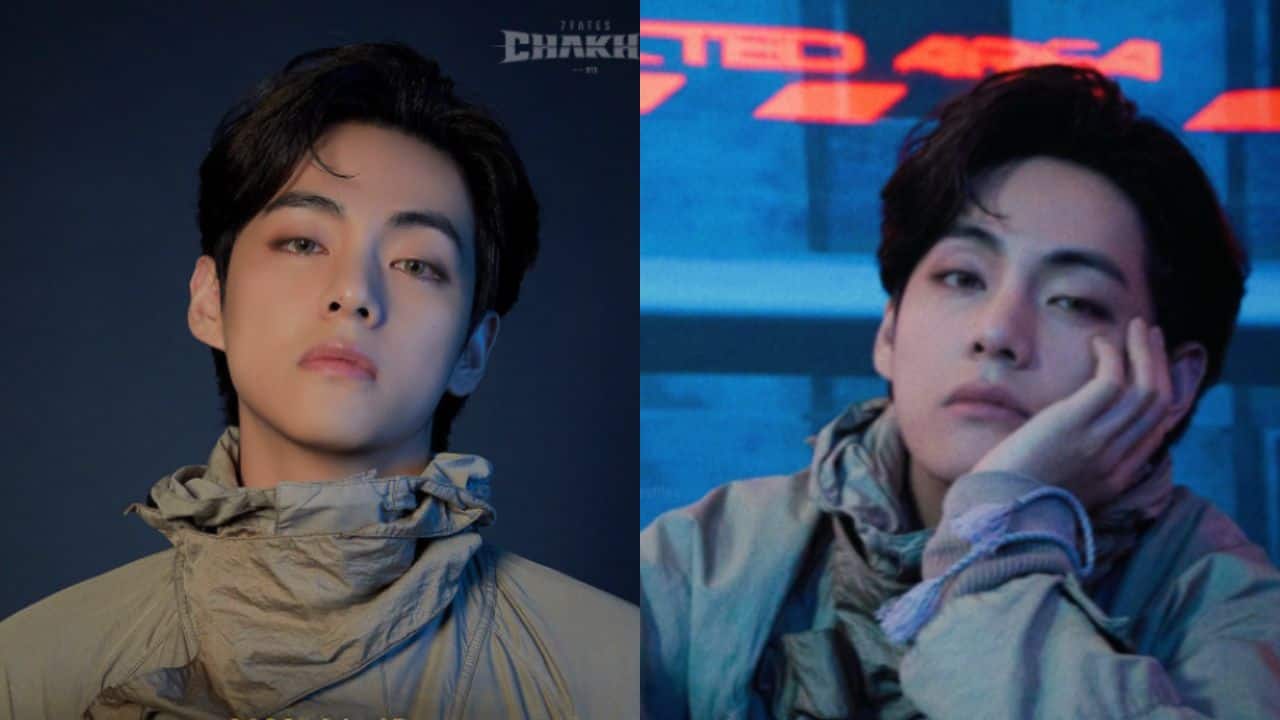 BTS fans are eagerly awaiting 7 Fates – Chakho. This is debut of the K-Pop kings in the webtoon space. BTS members today described their characters in short clips. Fans of Jungkook are trending Zeha as he revealed that his character is half-human and half-Beom (Tiger). It sounds damn interesting. Well, the curiosity has now doubled as Kim Taehyung has spoken about his character of Jooan. It seems he is a human who is very caring and compassionate. He falls in love with a Beom in 7 Fates – Chakho. He says his character deals with the consequences of forbidden love. Kim Taehyung spoke about how Jooan finally conquers his emotions to hunt down the monsters. Also Read – BTS leader RM tells Jin to ‘LEAVE’ during their photoshoot for THIS reason – watch Bangtan Bomb video

Fans are wondering whom will BTS V romance on the show. Jungkook’s character Zeha is a hybrid, so some are thinking if Jooan is the father of Zeha. On the show, Hwaan (Jin) and Cien (SUGA) have sad back stories but Jooan’s tale involves the Forbidden love angle. The musician is looking like a million bucks in the teaser. This is what BTS ARMY is speculating on social media. Check out the tweets…. Also Read – Trending Hollywood News Today: BTS’ Jungkook’s BIG reveal about his 7 Fates Chakho character, Kendall Jenner hits back at troll and more

? : it’s a new story about seven destinies, it’s inspired by Korean folklore about tiger n bear and d “Chakogapsa” who were tiger hunters during Joseon Dynasty

and #JOOAN is a guy who falls in love with a boem,hes unbaised,compassionate and caring and cuz of that he is able to luv someone beyond his own species,what will happen when a hunter loves the hunted?

it has forbidden luv omg??

You all know no matter how possible it is that zeha is the tiger jooan falls in love with, it’s more of impossible. Like the percentage of HYBE doing that is like 5%. Lemme clown myself for today but I’m pretty sure it’s not a zeha x jooan love story#ZEHA #JOOAN

Ohh!! Army braincells at work ?? and if that’s true than #jooan factor applies here too !!!
Damn I’m loosing my mind ??

tae’s character??? jooan’s character HAS me. To fall in love with a beom itself but in a world where he’s the hunter and the other the hunted?? This whole concept of forbidden love?? IM SO DOWN

Well, we can see that ARMY is curious to see this side of BTS members. The last time the members acted opposite actors of the opposite sex were in the Love Yourself Highlights. They did a fab job even then. BTS is on a break right now. The team members are relaxing with their loved ones. They have been nominated for the Grammys for Butter! Also Read – BTS’ V’s artist-made collection merchandise gets sold within minutes; ARMY demands a RESTOCK – read tweets