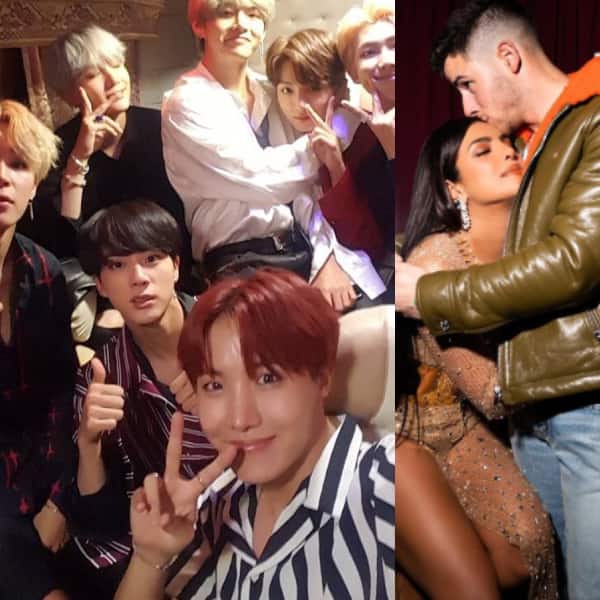 Hollywood never stays calm. Members of the Hollywood industry are always bustling in the news circuit. Today we have stars like BTS, Priyanka Chopra-Nick Jonas, Camila Cabello, Frieda Pinto and more. So without any further ado, here is a look at all the dope from the Hollywood industry. Also Read – BTS: Megan Thee Stallion will not perform with Bangtan Boys at American Music Awards 2021; ARMY promises to wait for their performance together – view tweets

Korean boy band BTS won Artist of The Year at American Music Awards 2021. They created history by doing so. Their song Butter also won big at the awards ceremony. Fans were more than delighted to see them performing at the gala.

As Priyanka Chopra dropped Jonas surname from her Instagram account, fans are speculating that not everything is well in her and Nick Jonas’ paradise. However, her mother Madhu Chopra rubbished all the reports of divorce.

Camila Cabello has returned to social media post breakup with Shawn Mendes and posted pictures with mint green hair. She captioned it as ‘I clean up ok.’

Frieda Pinto has become a mother to baby boy. She shared a picture on Instagram to share the news. The baby is named Rumi-Ray.

In a red carpet interview that has made its way to the social media, Lady Gaga has extended her support to Britney Spears in her battle to end conservatorship. She said, “The way that she was treated in this business was really wrong, and the way that women are treated in the music industry is something that I wish would change. I think she will forever be an inspiration to women.”