BTS: Throwback to when RM made us go aww over his cuteness as he responded to a flirty fan — watch video 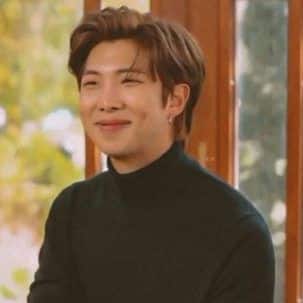 BTS: Kim Namjoon aka RM’s cute response to a flirty pick up line from a fan on VLive will make you fall harder for Joonie

BTS’ leader RM/Kim Namjoon dons many hats. He is a producer, rapper, vocalist and songwriter. RM is also known for his deep love of fine arts, philosophy and nature. In short, he is a dream boy for many girls/women who desire for a man who is intellectual and creative. Along with this, he can be irresistibly cute too. Check out the above video to see how RM reacted when a fan sent him a pick-up line during a VLive. His reaction will make you laugh and fall a little harder for him, yet again! BTS’ RM trended two days back as fans celebrated his record of creating 176 songs as a lyricist. This makes him the youngest in South Korea to have this record along with PSY of Gangnam Style fame.

Tina Satter’s Is This A Room and Lucas Hnath’s Dana H. to Play in Rep on Broadway This Fall | Srtalent