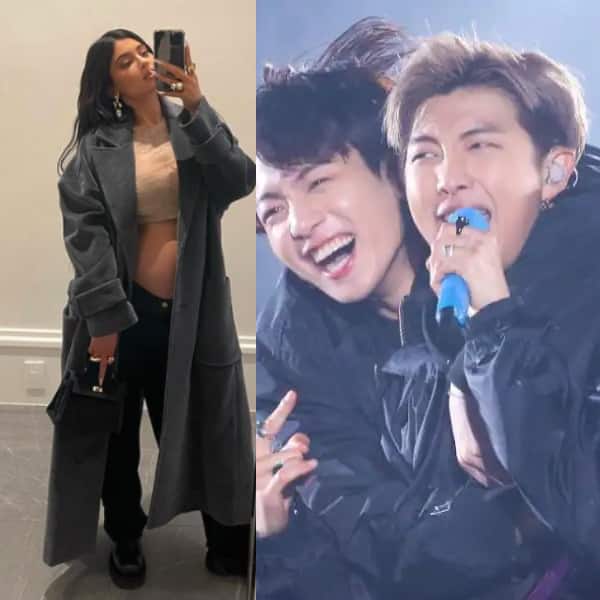 As the day comes to an end, let’s take a look at all the trending stories from Hollywood. Korean boy band BTS again ruled the headlines while pregger Kylie Jenner also grabbed attention with her latest photo. So here’s all the dope from Hollywood. Also Read – Amitabh Bachchan’s Coolie to Shah Rukh Khan’s Darr: Biggest accidents on Bollywood film sets where stars almost lost their lives

A throwback story about BTS group leader RM has gone viral on social media. It is about him fulfilling Jungkook’s wish. Once, at an airport, Jungkook has witnessed a group of girls hugging each other. Over the same the Golden Maknae of the band had also expressed his wish to be able to express love to his friends by hugging. While only 4 members of BTS were available then, it was RM who pulled him in a hug. Also Read – From The Hunt for Red October to Patriot Games – revisiting the finest films based on Tom Clancy’s books

Second time pregnant Kylie Jenner has been sharing glimpse of her journey to motherhood. Recently, she shared a picture flaunting her baby bump. It is a shadow of her showing her “growing” baby bump.

As per the latest reports, a death occurred on the sets of Alec Baldwin’s upcoming film Rust. The actor fired using a prop gun which accidentally hit a cinematography leading to demise. The incident also injured a director.

Putting an end to all the feud rumours with Kim Kardashian, Beyoncé wished The Keeping Up With Kardashians star a very happy birthday. Wishing her on her 41st birthday, Beyoncé also shared a childhood picture of Kim Kardashian.

Sex and the City actor Sarah Jessica Parker recently stunned in a lehenga by designer Falguni and Shane Peacock. She pulled off an exquisitely handcrafted, red-based, multicoloured Lehenga with intricate embroidery of silk threads with grace.