BTS ARMY wants the Bangtan Boys to sing Louder Than Bombs at concerts; trend ‘My BTS Track’ and share videos from previous shows 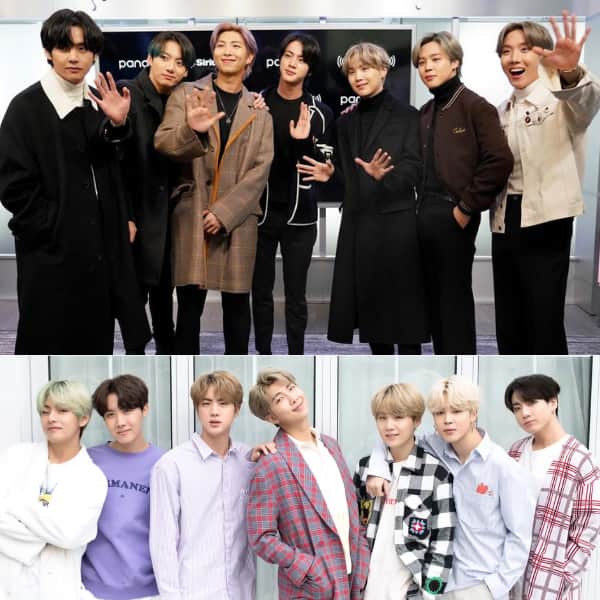 BTS ARMY is gearing up for the Bangtan Boys – RM, Jin, Suga, J-Hope, Jimin, Taehyung and Jungkook’s anthology album BTS Proof. And in the middle of it, Big Hit Entertainment has been conducting polls asking BTS ARMY to vote on songs and share their BTS tracks. A lot of the ARMYs want BTS members to sing Louder Than Bombs and have been trending the popular BTS track name with the hashtag #MyBTSTracks on Twitter. Also Read – BTS: V aka Kim Taehyung TOPS poll for which boy idol fans want to give roses to [Deets Inside]

That’s not it, BTS ARMY has been sharing clips from the previous concerts and verses of various BTS members as well. Louder Than Bombs is the tenth track from BTS’ fourth studio album Map of the Soul: 7. It was released on 21st February 2020. The writing credits of Louder Than Bombs include Troye Sivan, Bram Inscore, Allie X, Leland and BTS members RM, Suga, J-Hope. Check out the tweets by the ARMYs here: Also Read – BTS: After J-Hope reveals about ‘bare body’; ARMY shares throwback shirtless pics of his rock hard abs

‘Louder than bombs i break’

EVERYONE GET READY FOR TAEHYUNG’S VOCALS IN LOUDER THAN BOMBS #MyBTSTracks pic.twitter.com/2YhjFpWMFQ

and when we hear yoongi’s verse in louder than bombs live then what… ?‍??#MyBTSTracks pic.twitter.com/2QuMHQuArY

I will blame y’all if we don’t get this masterpiece live
LOUDER THAN BOMBS #MyBTSTracks @BTS_twt pic.twitter.com/tmMECnuGWg

As per the poll conducted by Big Hit, Fake Love, Fire, Life Goes On, Blood Sweat & Tears, So What and We Are Bulletproof: Eternals have made it to the top in the track poll list. Meanwhile, a couple of years ago, songwriter Trioye Sivan had opened up on how Louder Than Bombs came about in an interview with GQ Magazine. He said, “My writing crew – with whom I wrote ‘Youth’, the crew I wrote ‘Bite’ with, the crew with whom I wrote so many songs – the first song we ever wrote together, at the time, was called ‘Hologram Hots’. Terrible title. We wrote it and I was like ‘I actually like writing with these people’. So, we kept writing and the next thing we wrote was ‘Youth’. And we sat on the song ‘Hologram Hots’ for six years and completely forgot about it.

Troye added, “Somehow, it got into the hands of BTS boys, who I love and they loved the song. They were like ‘Wait, we are gonna cut this!’ I freaked out and quickly tried to learn Korean, failed miserably. Somebody translated it and changed the lyrics and now it was called ‘Louder Than Bombs’. But, I didn’t hear it until it was out in the world. So I was like up at midnight, or whatever that album came out, refreshing and refreshing with the rest of the world because everyone is obsessed, as they should be. And now, I have a song on the BTS album and I am very excited about it. I love it and they sound so good, so much better than I ever sounded on that song. So, I am happy.”

Paul McCartney is still the world’s most charming rock god