Britney Spears shades her sister: ‘Hope your book does well’ 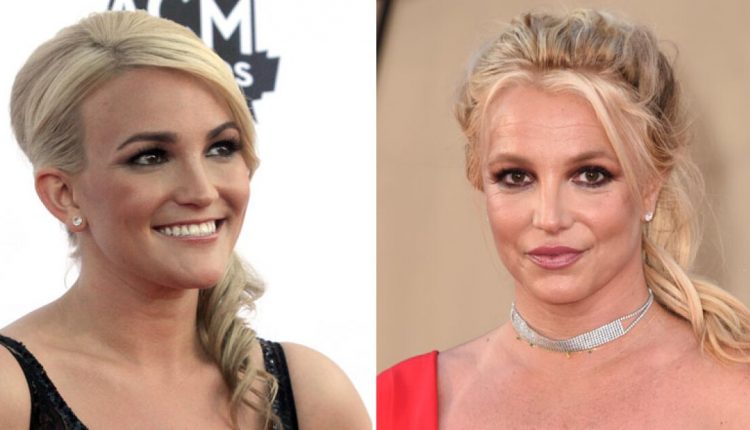 Britney Spears has fired back at younger sister Jamie Lynn Spears for talking up their family drama while promoting her new memoir, “Things I Should Have Said.”

After Jamie Lynn said that the “Toxic” singer was “erratic, paranoid” and “spiraling” during a series of ABC News interviews this week, Britney took to Instagram Thursday to air her grievances about her sister, explaining that she had a fever of 104 degrees while the latest events transpired.

“It was actually kind of nice having a fever so high cause I had to surrender to not caring,” Britney, 40, wrote in a series of Notes app images posted Thursday on Twitter that appeared to accuse her sister of being an opportunist.

Jamie Lynn, 30, recently told ABC’s Juju Chang that she was happy when her sister’s 13-year conservatorship ended in November and deflected a question about Britney’s state of mind. She also said she had little to do with the legal arrangement that long controlled Britney’s personal life and career — and said she actually tried to help Britney have her voice be heard and claimed to be her “biggest supporter.”

But Britney didn’t see it that way and reiterated a few points Thursday that she had made in a scathing Instagram post last July.

“She was never around me much 15 years ago at that time… so why are they even talking about that unless she wants to sell a book at my expense ??? REALLY ???” she said.

During the interviews, which aired on “Good Morning America” and “Nightline,” Jamie Lynn spoke of her trauma growing up Spears and also defended her involvement in a 2017 Radio Disney Music Awards performance that set off Britney over the summer. She sang a medley of her sister’s hit songs at the time and on Thursday said she found the drama Britney brought back up “somewhat confusing” and doesn’t know why it bothered her. But it disgruntled the singer deeply.

“Then where the lady [Chang] mentioned why did she accuse you of doing remixes to her songs … I know it may sound like a silly thing to most people but I wrote a lot of my songs and my sister was the baby. She never had to work for anything. Everything was always given to her !!!” Britney wrote.

Jamie Lynn rose to fame as a Nickelodeon star on the cable network’s sketch show “All That” and series “Zoey 101.” After she got pregnant at 16, the young star said her family sent her off to a cabin in the Northeast to minimize the publicity.

At one point in the conservatorship, Jamie Lynn had been selected as a trustee of the pop superstar’s multimillion-dollar estate, and appeared to be seeking more control over Britney’s fortune in August 2020 amid an increasingly heated struggle over the complicated arrangement. However, she later withdrew her petition. She told Chang that she had been asked by Britney to make sure the pop star’s two sons “got what they needed.”

Jamie Lynn recently returned to acting with a role on the Netflix series “Sweet Magnolias” and now is doing the rounds to promote her memoir.

“Hope your book does well, Jamie Lynn !!!!” Britney added sarcastically, saying that she would be taking a break from Instagram because the media “has always been extremely hateful” to her.

Britney then turned her tirade on her family as a whole after previously blaming them for benefiting from from her work, living off her conservatorship and expressing a desire to sue them.

“I’ve given enough … MORE than enough. I was never given back ever what I want … They say in the the Bible ‘ask and you shall receive’ …. uhhhhh not in my life … just like my family.

“My family ruined my dreams 100 billion percent and try to make me look like the crazy one while I have a 104º fever, not being able to move in my bed !!!! My family loves to pull me down and hurt me always so I am disgusted with them !!!!”

Jamie Lynn responded Thursday with disappointment, writing on Instagram that addressing the drama was the last thing she wanted and that it was hard to see her sister’s posts. She wished Britney well and said she hoped to “put an end to the unhealthy chaos” surrounding them.

“Brit, I am always here, you know behind the scenes I have always been here,” she continued. “It’s become exhausting when conversations, and texts we have in private don’t match what you post on social media. I know you’re going through a lot and I never want to diminish that, but I also can’t diminish myself.”

Jamie Lynn contended that “the things being said are absolutely not the truth” and her family has received death threats as a result of Britney’s “vague and accusatory posts.”

“I hate to burst my sister’s bubble, but my book is not about her,” Jamie Lynn wrote. “I can’t help that I was born a Spears too, and that some of my experiences involve my sister. I’ve worked hard since before I was even a teenager, and I’ve built my career in spite of just being someone’s little sister.”

R Madhavan Needs To Be Fit Like Hrithik Roshan To Star Opposite Katrina Kaif, Says “We Both Started Off At The Same Time”

What's on TV Tuesday: 'Grand Crew' and 'This Is Us' on NBC; 'Raid the Fridge,' Food Network