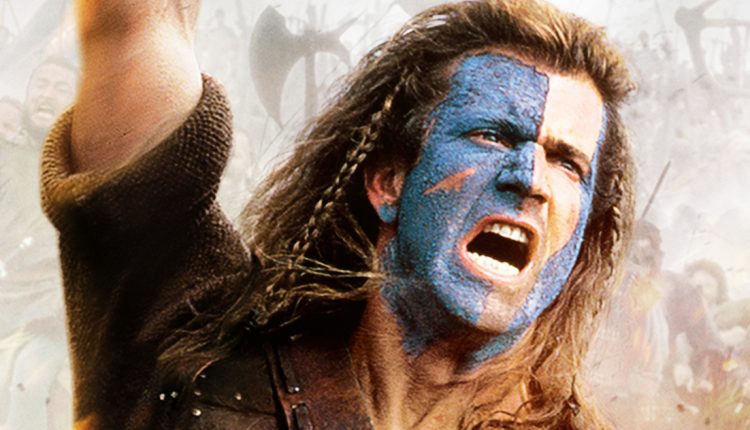 Braveheart is a stone-cold Hollywood classic by virtually any definition. Directed by Mel Gibson and written by Randall Wallace, the blockbuster was released in 1995 and almost instantly cemented itself as a memorable piece of cinematic history. The epic tale of William Wallace and the liberation of Scotland from the English went on to win five Academy Awards, including Best Picture, in addition to becoming a box office smash.

Paramount Pictures is celebrating the 25th anniversary of the movie by releasing a new Blu-ray steelbook which is hitting shelves on June 16. I was lucky enough to speak with Randall Wallace in honor of the upcoming Braveheart release. We discussed the movie’s legacy all these years later, how he and Gibson collaborated to bring the story to life and more. Enjoy.

Hi there Randall, how are you doing?

Randall Wallace: I’m doing great. Boy, you’ve sure got the best name for this interview.

[Laughs] Well that’s good to hear. It’s a pleasure to chat with you today. Thank you so much for taking the time to do this.

Randall Wallace: I’m thrilled to do it. Thanks so much. I’m amazed to be talking about Braveheart 25 years later, and excited to be doing it.

That kind of touches on my first question because I was going to ask you, and I may be shooting myself in the foot here, but after 25 years, do you still enjoy talking about this movie?

Randall Wallace: I do, because it’s not the same thing. I mean, even if I repeat an anecdote that I first told 20 years ago, it means something different to me now. To see, from this perspective, the way the movie is the opposite of following tends. It seems to speak, it’s clear that it does speak, just something universal and timeless. I hate to use terms that sound like they’re self-aggrandizing. I wrote the story that told what I wanted to see in a movie. I wanted to speak that to me, and that it’s still speaking to me 25 years later and still speaking to other people is a blessing. It’s great, I think the way fathers want to show it to their son, and men want to share it with women they love. It’s what keeps it going. Because of that, I think it’s relevant and timeless.

You kind of touched on this a little bit. You said you wrote the story you wanted to write. Braveheart famously takes some liberties with the story that actually happened, historically. Mel in the past has seemed largely okay with that. In writing it or in developing it with Mel, did you ever look at doing a more straightforward, historically accurate approach? Or was this always the way you wanted it to be?

Randall Wallace: Well, I never had any intention whatsoever of making a historical documentary that would please college professors. And of course, that would be impossible anyway, because there would be no agreement among them about that history. I think the first lines that I wrote, “Historians for England will say I’m a liar, but history is written by those who hang the heroes,” settled the issue for me. A movie is an impressionistic painting. It’s not a collection of facts.

Actually Ryan, currently, I’m writing a new live show, and the working title is Facts vs. Truth. The notion being that a collection of facts don’t necessarily tell the truth. The truth is what changes us. The truth is what creates something new. It changes us from people who are afraid, as the people were in Braveheart, including William Wallace. I want to avoid a fight, if I can. I’ll do anything to avoid a fight if I can. To somebody who is willing to give his life for the people he loves, and for himself. Because to lie about who he is, is to negate everything that he really is. Now to me, that’s the truth and if somebody squabbles over the story because they say well, “The date might be wrong or the princess was too young.” Or any of those things. Shakespeare wasn’t, and forgive me for invoking Shakespeare, I don’t mean to facilitate myself with him, but Romeo and Juliet was not about Italy in the Renaissance, and Hamlet wasn’t about Denmark. It was about human beings. It was about love, and ambitions, and hope, and death. That’s what Braveheart was always about and was going to be about as far as I was concerned, and Mel too.

Braveheart is a massive, massive, movie in every way. Did you actually get to experience that? Were you on the set a lot? Did you get to see this all come together? Or was it just something that you wrote and then you eventually saw in the theater?

Randall Wallace: My first day on any movie set was the day we shot the “Sons of Scotland” speech. I was there for a period of time then and a period of time in pre-production. I wasn’t as involved in sitting on set with the filming as I was in the pre-production. Of course, I had written the script and I had chosen Mel, and worked with him through the whole ramping up process. There was a stage at which I thought it was not only good for me to get out of his way, but it was also good for me to move forward into my own thing.

So I wrote and directed The Man in the Iron Mask shortly after that, and even started while Braveheart was still going on. I also bought the movie rights to We Were Soldiers Once…and Young to make the movie We Were Soldiers, which I directed Mel in. Mel, Sam Elliot and Greg Kinnear, and a bunch of others. I acquired those rights while Braveheart was going on. It was time for me to step back out of the way. Then I got back involved during the editing process. Mel invited me back into the editing room to bounce ideas off of. But Mel was very much…he was an amazingly committed director. He gave his all to that process.