Black as Night, Intrusion, Lift and 5 more new horror movies you can binge-watch on Netflix, Amazon Prime and Disney+ Hotstar 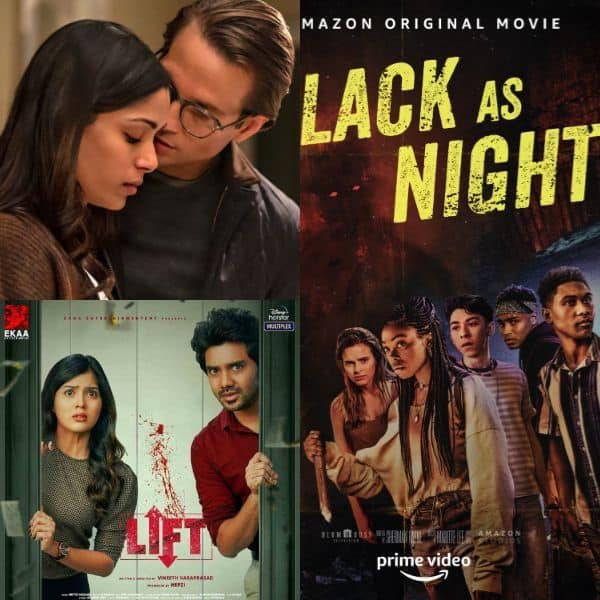 While each year brings with it many different types of movies, which the audience keenly awaits, no other genre gets movie-buffs more excited than horror. And we’re not only talking about hardcore horror fans, but also the average movie-lover — there’s just something about the genre that gets everyone’s senses tingling. On that note, an entire buffet of horror recently released on OTT platforms for the month of Halloween, with more to come. So, while we await the new ones, why don’t you check out the new horror movies you can binge-watch right now on Netflix, Amazon Prime and Disney+ Hotstar. Also Read – Prithviraj Sukumaran’s Bhramam full movie leaked on TamilRockers, Telegram and more for free download

If you want to take a trip back to the early 1970’s to California where the mansions were big, the cars (now considered- vintage) then Madres is your destination. The story is about a Mexican couple Diana (played by Ariana Guerra) and Beto (played by Tenoch Huerta), who are expecting their first child. Having moved to California and being isolated from the community, Diana’s confounded state is further aggravated by the discovery of a number of unnatural things. Will she be able to protect her baby from evil?. Also Read – Trending OTT News Today: Saif Ali Khan’s favourite Sacred Games scene, Kartik Aaryan reveals Dhamaka release date and more

If you are someone who is interested in a vampire flick, then Black As Night is your go-to movie. The movie portrays a teenage girl who battles with deadly vampires at night. This action packed horror movie will satisfy your fantasies while casually dragging you back to reality. The girl along with her three companion’s targets to attack the vampire’s nest and kill the alpha. But have they bitten off more than they can chew? . Also Read – Trending OTT News Today: Sardar Udham Trailer is riveting, No One Gets Out Alive perfectly kicks off Halloween month, Bingo Hell disappoints horror fans and more

Though fairly predictable and derivative, there’s something about a home-invasion horror film being subverted that never fails to pique your curiosity. Plus, Freida Pinto and Logan Marshall-Green both pitch in competent performances. Some of the twists can be seen from miles away, but if you’re looking to spend wile away about 85 minutes with nothing else crossing your mind, then you could do much worse than Intrusion.

Death of Me (Amazon Prime)

Death of Me is directed by the popular horror movie director, Darren Lynn Bousman, who is renowned for films like Saw II and Spiral. This horror-thriller movie will give you a touch and taste of Bousman’s artistry and skill when it comes to creation of anticipation and thrill. The movie is about a woman (played by Maggie Q) who is dead yet still alive. The movie presents the protagonist’s dilemma on uncovering the mystery behind her condition and unveiling the truth.

The Devil Below (Amazon Prime)

This 2021 horror movie is directed by Bradley Parker. The Devil Below stars Adan Canto, Will Patton, Zach Avery and Tom Proctor. The movie is about a group of people who stumbles upon a lost town which hides several devious secrets. The movie is enfolded with mind-blowing turns with an unimaginable climax.

There’s Someone Inside Your House (Netflix)

Perhaps nothing like the exciting book it’s based on, There’s Someone Inside Your House is still worth checking out for a modern, unique take on the slasher sub-genre and relatively decent thrills.

The only Indian horror film on the list, this Tamil chiller depicts how spooky an office building can get when you’re left all alone in it, or especially, if you’re not all alone in it.

A malevolent force preys upon the residents of a somnolent nursing home in The Manor; a gothic tale of terror with a modern turn of events. One of the newly arrived patients in the nursing home happens to have the ability to sees things others cannot. Though the other residents find it hard to believe her, the way she strives to make others believe that it’s not her senility and dementia but spiteful supernatural power at play is the core of the movie.