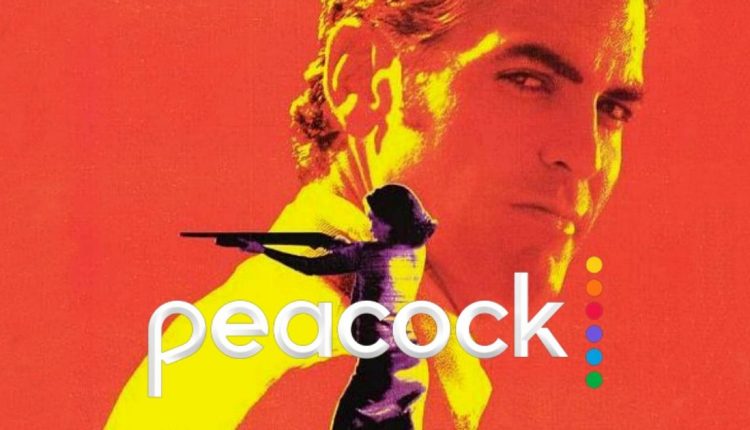 The end of the year is fast approaching, but NBC Universal’s Peacock streaming platform still has a ton of new movies coming to the service this December. From rom-coms to action classics, with a few overlooked gems and, of course, a handful of holiday films you don’t want to miss, there’s a little bit of something for everyone on offer.

While they don’t have any new original movies, they are releasing a whole bundle of new Hallmark holiday movies (A Big Fat Family Christmas, A Fabled Holiday, The Holiday Stocking, Christmas Class Reunion, The Gift of Peace, and more), in addition to the recent movie Bros.

To help you sort through it all, here’s a list of the best movies coming Peacock in December.

It’s not the holiday season without a few classics, and it’s hard to think of anything more classic than this 1947 film. Edmund Gwenn won an Oscar for his performance as Kris Kringle, one of three Academy Awards that Miracle on 34th Street took home. The plot follows Kringle as he finds himself forced to prove that Santa Claus is real in a court of law, and the iconic shot of children’s letters to Santa being brought into court by the bagful is one of the most memorable in history. So if you’re feeling a bit cynical about the Christmas season and looking for a genuinely great film to get you back into the spirit, Miracle of 34th Street might be just the ticket.

This Steven Soderbergh hit features George Clooney and Jennifer Lopez at peak charisma. There’s great chemistry between the two, along with a stellar supporting cast, gorgeous cinematography from Elliot Davis, and razor sharp dialogue adapted from the Elmore Leonard novel of the same name.

All of this make Out of Sight quite possibly Soderbergh’s best heist film, which is saying something coming from the man who brought us Ocean’s 11. The plot sees Clooney’s jewel thief simultaneously trying to evade and seduce Lopez’s U.S. Marshall in a movie that reminds us how cool and stylish films can be.

Arnold Schwarzenegger is in the prime of his action movie heyday in this James Cameron film from 1994. Schwarzenegger plays Harry Tasker, a seemingly invincible super-spy posing, perhaps somewhat improbably, as a computer salesman. Tasker embodies the mundane life of a traveling salesman so well, though, that his wife, played by a show-stealing Jamie Lee Curtis, begins looking for excitement outside their marriage.

This marital drama converges with Tasker’s efforts to take down a terrorist group in the kind of clever, well-crafted action movie that’s rarely replicated these days. True Lies is not Cameron and Schwarzenegger’s best known collaboration, but it’s definitely a throwback to the popcorn movies of the pre-superhero era.

The Goonies is a 1985 collaboration between heavy-hitters Steven Spielberg, who provided the story for a script from Chris Columbus, of Home Alone and Harry Potter fame, and director Richard Donner. The film features a group of kids attempting to save their neighborhood by finding long-lost pirate treasure.

The Goonies was a massive his making $125 million worldwide on a budget of only $19 million and in the years since has become a cult film. The cast, including a young Sean Aston and James Brolin, takes the classic Spielberg action beats and injects them with an innocence and energy that has endeared the film to generations.

Pretty Woman takes the plot of a gritty social drama about greed, class, and prostitution and somehow turns it into one of the most successful romantic comedies of all time. This is mainly thanks to the dynamic chemistry between stars Julia Roberts and Richard Gere, and pitch-perfect direction from Garry Marshall, who adds a light touch to material.

This is the film that launched Roberts’ career, establishing her as America’s Sweetheart and making the “hooker with a heart of gold” a Hollywood trope. Pretty Woman had more ticket sales than any other romantic comedy in history, and remains Disney’s highest-grossing R-rated movie to this day.

O Brother, Where Art Thou?

Named after a fictional film in the Preston Sturges movie Sullivan’s Travels and ostensibly modeled on Homer’s Odyssey, this 2000 Coen brothers film follows three convicts, Pete, Delmar, and Ulysses Everett McGill, as they escape a chain gang and set out in search of buried treasure. Along the way they become singing sensations as the Soggy Bottom Boys. O Brother, Where Art Thou? is delightful, toe-tapping fun; as in the film, the song “I Am a Man of Constant Sorrow” became a hit in real life, launching a brief fad for traditional American folk music.

It’s not easy to pick the best Tarantino movie, but whenever the conversation comes up, Kill Bill is always in the mix. A hyper-stylized, hyper-energized pastiche of martial arts films, samurai cinema, blaxploitation, spaghetti westerns, and other grindhouse genres, Kill Bill is Tarantino at his most enthusiastic.

The story follows Uma Thurman’s character, The Bride, as she seeks to exact revenge on the team of assassins who tried to kill her at her wedding. Kill Bill was divided into two ‘volumes’ for release, but the two movies are strikingly distinct in their tone and style, serving as interesting counterpoints to one another and marking a turning point in their director’s career.

Tombstone and Wyatt Earp, which covers essentially the same based-on-a-true-story plot, were released within a short six months of each other. Part of a brief renaissance for Hollywood westerns alongside films like Dances with Wolves and Unforgiven, Tombstone has proven by far the more durable of the two movies. This is largely because of the cast, including Kurt Russell as Wyatt Earp and Val Kilmer in a career-defining turn as Earp ally Doc Holliday. Russell was also heavily involved in shaping the film’s direction, which expertly welds the action movie beats of the early 90s with the Western genre.

Nothing accidental about Trump’s dinner with antisemites