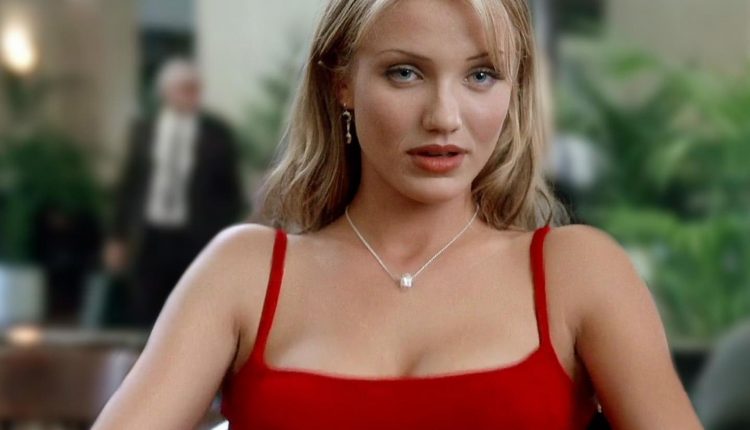 Cameron Diaz is one of the most recognizable actors of the 1990s and 2000s, and after her strong debut starring alongside Jim Carrey in The Mask with no prior acting experience, and her commanding presence on screen made sure to secure her spots in some of the most iconic films of the decades, making her one of the most in demand actors.

Most of Diaz’s filmography was feel-good, and she became a master of the rom-com genre, although she did venture into other genres during her expansive career. Currently, Diaz is retired from acting, a decision she recently confirmed has been one she does not regret, however, her impact on cinema is undeniable. Here’s a look at the best Cameron Diaz movies, ranked.

Related: The Biggest Rom-Com Actresses of All Time

My Best Friend’s Wedding was released in 1997 and was directed by P.J Hogan. This was one of many rom-coms in Diaz’s filmography and featured co-stars such as Julia Roberts and Dermot Mulroney. Roberts plays Julianne, who had a deal with her friend Michael (Mulroney) that they would both marry at 28 if they had not met a partner. Michael announces days before her 28th birthday that he is marrying Kimberly (Diaz) who is much younger. Diaz gives a comical performance, and the film is exactly the kind of feel good performance she is known for.

Roger Kumble’s The Sweetest Thing was released in 2002 and remains a cult classic to this day. Diaz starred alongside Christina Applegate and Selma Blair, and focuses on their comical approach to dating, following a man who Christina (Diaz) became interested in after meeting him in a club. The Sweetest Thing is hilarious and remains a cult classic. Diaz liked the film so much that she has stated she would come out of retirement to film a possible sequel. It’s well worth a watch and show Diaz in her element as an actor.

Cameron Diaz became part of one of the most successful animated franchises when she voiced the role of Princess Fiona in Shrek, released in 2001, Directed by Andrew Adamson and Vicky Jenson. Shrek featured voice roles from Eddie Murphy and Mike Myers, and became a huge success, spawning several sequels, most of which Diaz continued to lend her voice for. The story follows Shrek, and his journey to retrieve Princess Fiona for Lord Farquaad, however he ends up falling in love with her himself. Shrek was extremely well received by adults and children alike, and has a place in cinema history.

Cameron Diaz had her feature film debut in Chuck Russell’s 1994 The Mask. The story follows Stanley Ipkiss (Jim Carrey) who discovers a mask which contains the spirit of a god named Loki. Once he wears the mask, he exudes a confidence and charm that is missing in his every-day life. Diaz plays Tina, the girlfriend of Tyrell (Peter Greene) who is attracted to Stanley and the mask. This was a very strong debut for Diaz, and it’s easy to see the blossoming career she would have ahead of her as she lights up the screen even at this early point in her career.

Cameron Diaz became an even bigger name than she already was when she joined the cast of McG’s 2000 blockbuster Charlie’s Angels. Diaz portrayed Natalie, who was the main agent out of three (also including Lucy Liu and Drew Barrymore). The three agents fought crime undercover and presented a much-needed female fronted action franchise. Recently, the cast reunited on Drew Barrymore’s show and reflected on the impact that Charlie’s Angels has had.

Cameron Diaz took a role which many found surprising for her when she starred in 2002’s Gangs of New York, directed by Martin Scorsese. The story follows Amsterdam Vallon (Leonardo DiCaprio) who is a young Irish immigrant that hes been released from prison and is seeking vengeance against his father’s killer William Cutting (Daniel Day-Lewis). Diaz plays Jenny, who is the romantic interest of DiCaprio’s character. Diaz holds her own against acclaimed actors like DiCaprio and Day-Lewis, and proves she can succeed in multiple genres.

2001’s Vanilla Sky featured big names such as Tom Cruise, Penélope Cruz and Diaz in another role which wasn’t like her usual roles. The film was directed by Cameron Crowe and follows the story of David Aames (Tom Cruise) who after becoming the victim of a car crash which scars his face, begins questioning the reality of his life. Diaz plays one of his love interests ‘Julie’, and the message of the film allows the viewer to question life themselves, making for a captivating watch. Diaz earned a Golden Globe nomination for her efforts and the Vanilla Sky was critically acclaimed.

Diaz explored different roles when she starred in 1999’s Being John Malkovich, directed by Spike Jonze. The story is completely original and is full of surprises for the viewer. It’s satirical and clever, presenting a satirical version of John Malkovich and puppeteers who give an inside view to his mind. Diaz plays the onscreen wife of John Cusack who discovers her identity inside the mind of Malkovich. Diaz received BAFTA and Golden Globe nominations for this role, and it’s refreshing to see her in a different setting.

1 There’s Something About Mary

The rom-com genre is something which Diaz has mastered, and this is perfectly demonstrated in her role in There’s Something About Mary. Diaz plays the titular character, Mary, and her performance is a huge part of what adds to the film being so hilarious and loved. Mary is being pursued by multiple men and Diaz gives a strong performance which has led to the movie being remembered as one of the funniest movies of the 90s.

As one of Marvel’s most popular comic book teams, the movie adaptations have yet to be successful for a variety of reasons.

Andrew McGrotty is a contributing writer for Evergreen. They are an experienced and educated writer and can produce excellent written content, particularly relating to the fields of film and tv, and pop culture.