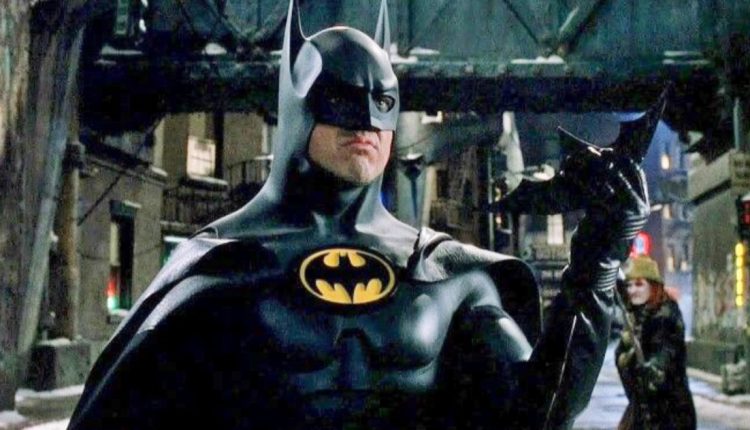 NECA has created a new Batarang replica based on the projectiles thrown by Michael Keaton in Tim Burton’s Batman. Featuring a design just like the one seen in the movie, the full-size replica is a must-have for Batman collectors. Best of all, the price of the Batarang is super affordable, as the Wal-Mart listing prices the item at $13.96 – though it wasn’t long before the product was completely sold out.

“‘Where does he get those wonderful toys?’ Introducing NECA’s first release from their DC Prop Replica line, the Batarang from the 1989 film, Batman,” reads the Walmart listing. “Own one of the Dark Knight’s most iconic tools in serving justice across Gotham City. The Batarang measures 13″ long with articulated hinges and magnets, allowing it to open and close. Also included is a display base for exhibiting in your own personal Bat Cave.”

Released in 1989, Tim Burton’s Batman is still widely considered by many fans to be among the greatest superhero movies ever made. Starring Michael Keaton as Bruce Wayne, the movie co-stars Jack Nicholas as the Joker, Kim Basinger as Vicki Vale, and Michael Bough as Alfred Pennyworth. In addition to garnering strong reviews, Batman was tremendously successful at the box office, prompting the sequel Batman Returns and inspiring the hit cartoon show Batman: The Animated Series.

Fans of the original Batman movie can also look forward to seeing Keaton reprise the role three decades later. He will play the Dark Knight once again in The Flash, which is due to be released in June 2022. There have also been rumors that Keaton’s Batman could serve as the DCEU’s version of the MCU’s Nick Fury by appearing in several other upcoming movies as well. Keaton is no stranger to Marvel either, having previously appeared as the Vulture in Spider-Man: Homecoming. He is also set to appear in Morbius.

Meanwhile, the Batman ’89 universe will also be expanded in an upcoming comic book series that takes place after the events of the movie. DC Comics recently announced that Batman and Batman Returns writer Sam Hamm will return to create the new story for the series with Joe Quinones providing the artwork. According to the press release, the comic sets the stage for “the return of Michelle Pfeiffer’s Selina Kyle, as well as introduce a brand new Robin for the Burton-verse.” A new vision of Harvey Dent/Two-Face will also be introduced.

As for what’s next for the Dark Knight, Robert Pattinson will take on the role of Bruce Wayne in Matt Reeves’ The Batman. Filming on the movie is scheduled to wrap up next month after several production delays last year. The Batman is now set to be released on March 4, 2022.

While the Batarang prop replica is sold out on Walmart.com, the retailer is expected to restock in the coming days. Walmart has the exclusive rights to the Batarang until March when will begin selling at other retailers like Amazon. You can keep an eye on the listing at Walmart.com.