Baseball comes out on top, but it’s all relative 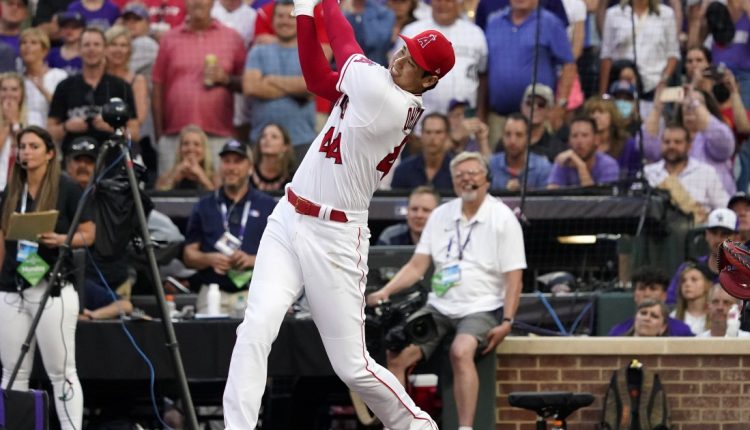 Major League Baseball’s All-Star Game averaged 8.237 million viewers, its second smallest audience, and just 1% more than the record low of 8.153 million for the 2019 game, according to live-plus-same-day figures released by Nielsen Tuesday.

However, Fox’s coverage of the American League’s 5-2 victory over the National League on Tuesday in Denver was the most-watched sports all-star game of any sport.

ESPN’s coverage of the Home Run Derby averaged 6.293 million viewers, its largest audience since 2017, when it averaged 8.176 million. The Home Run Derby was first among cable programs between July 12 and Sunday and fifth overall behind ABC’s coverage of Games 4 and 5 of the NBA Finals, the All-Star Game and NBC’s “America’s Got Talent.”

ABC’s coverage of Game 4 of the NBA Finals was the week’s ratings leader, with an average of 10.255 million viewers watching the Milwaukee Bucks’ 109-103 victory over the Phoenix Suns on July 14.

Milwaukee’s 123-119 victory in Game 5 Saturday averaged 9.615 million, finishing second for the week, in the first Saturday NBA Finals game since 1981. The Saturday game, when prime-time television viewership is customarily at its lowest, was the result of the league’s practice to attempt to have two days between games when travel is involved.

ABC, NBC and CBS each aired 22 hours of prime-time programming.

The CW again was fifth among the five major English-language broadcast networks, averaging 520,000 viewers for its 12 hours of programming. The crime drama “Walker” was its most-watched program, averaging 963,000 viewers, 124th among broadcast programs. Its overall rank was not available.

“Manifest” topped the latest weekly list of the most-watched streamed programs, with viewers watching 2.493 billion minutes of the 29 episodes of the first two seasons of the canceled NBC supernatural drama June 14-20, the first full week it was streaming on Netflix.