Aubrey Plaza and Theo Rossi on Emily the Criminal 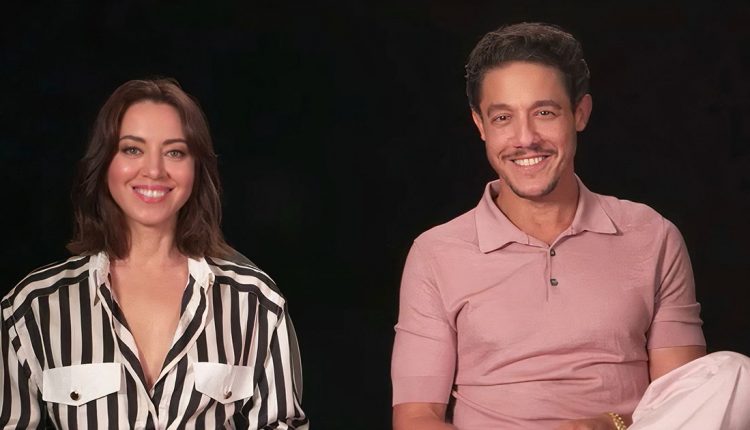 Emily (Aubrey Plaza) resorts to credit card scams as she finds herself riddled with student debt and unable to enter the job market due to her criminal record. Her entrance into black-market capitalism is fueled by Youcef (Theo Rossi), whose business partner takes concern in his and Emily’s growing relationship.

What begins as a desperate attempt to repay student loans turns into a thrilling pursuit of love, quick cash, and revenge. Emily the Criminal feels like a spiral where those involved are trying to win back their power in a world that doesn’t care about them. The criminal characters are contextualized in a system so broken and relatable that we root for them. Emily has $70,000 in student debt and the only real job prospect she’s able to get is an unpaid internship without guaranteed work once completed. There are inherent problems with illicit thrills but when faced with customs that lock people out, those thrills seem more justifiable.

Rooting for Emily the Criminal

“I think there is a lot of commentary in the film,” said Plaza, “I think you’re seeing a character up against a broken system. She’s drowning in debt, student loans specifically, and I think a lot of people today can relate to that…. There are a couple of scenes that really highlight this. There are some job interview scenes in the film where you kind of get to see the nuances of the broken system we’re currently living in, and I think there’s something relatable about how she navigates that and turns on it. The movie is not preachy in any way, but it definitely hits a nerve with something that’s going on right now.”

“On the flip side of that, too, it’s like some people are born or thrust into a life that they never wanted to be in,” added Rossi, relaying the context of his character. “That could be on the crime side… and seeing that when you’re raised in an environment where crime is just kind of what it is, you might be into that… but maybe there was something more,” he continued, noting that his character had dreams outside of crime, “but crime is the reachable thing. It seems so far for people who don’t associate with it, but if it’s something that’s around you, it seems so normalized. So, I think you’re seeing it from both sides, and I don’t think it’s bashing anybody over the head with it, but it’s the themes that are playing out throughout this adventure that they’re on.”

Bringing Emily the Criminal to Theaters

“We’re so excited,” said Plaza, “I’m excited to celebrate this movie. I haven’t even seen it in a theater, so I’m excited to go for the first time.”

“It’s really great on the big screen,” added Rossi, “everybody should go and see it in theaters.”

Rounding out the cast in Emily the Criminal are Bernardo Badillo, Jonathan Avigdori, Kim Yarbrough, Gina Gershon, and more. It’s written and directed by John Patton Ford and set to release theatrically on August 12, 2022.

“We had rehearsed a lot with the bossing ambassador machine,” said Plaza when asked about their preparation for the film. “We had to learn the rules of how the scam worked. That was actually fun because it felt very kind of criminal, and it felt kind of fun to forge fake credit cards, and I feel like that’s a skill I will take with me through my life,” joked Plaza.

Emily the Criminal comes to us from Roadside Attractions and Vertical Entertainment.

Rashmika Mandanna Breaks Silence On Vijay Deverakonda Dating Comments Around Her On Koffee With Karan 7, Says, “Don’t Jump To Conclusions, Unless…”