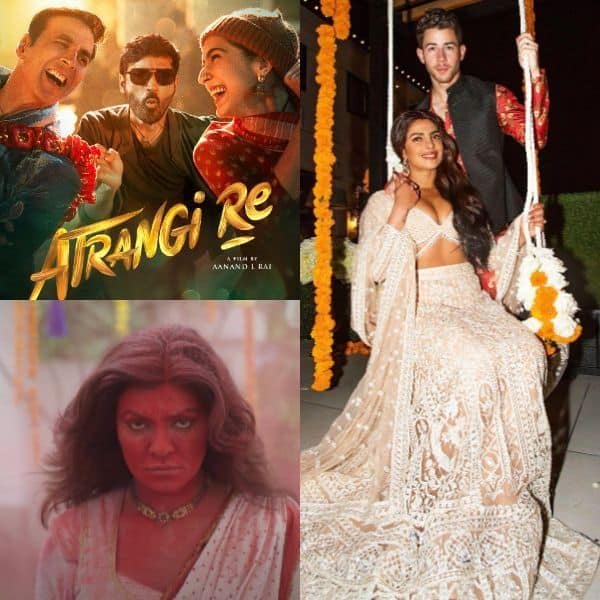 As the curtain comes down on another eventful day full of twists, turns and smashing announcements, it’s time to look back at the biggest newsmakers from the OTT space who’ve made it to the trending entertainment news today. From the Atrangi Re trailer and Aarya 2 motion poster to Priyanka Chopra’s pregnancy buzz, Sara Ali Khan opening up on being compared to Amrita Singh and the real reason why Atrangi Re is not releasing in theatres – here’s all what grabbed headlines to make it to the trending OTT news today… Also Read – Atrangi Re: Why’s the Akshay Kumar-Sara Ali Khan-Dhanush starrer releasing on OTT after being shot on a grand scale? Here’s what we know

So, without further ado, here are the entertainment newsmakers of 24th November 2021:

Atrangi Re, which also stars Akshay Kumar and Dhanush, is produced by Bhushan Kumar’s T-Series and directed by Aanand L. Rai. It’s set to release on Disney+ Hotstar on 24th December. Also Read – Atrangi Re: Sara Ali Khan opens up about being compared to a young Amrita Singh in the Aanand L. Rai film

Sushmita Sen is strong, sassy and badass in a saree as she gets ready to fight for her family in Aarya 2. The makers have also announced the date when the Aarya 2 traielr will drop.

Read the full story here: The moment fans have been waiting for is here – check out the Aarya 2 motion poster right here

Amidst the divorce rumours with Nick Jonas, Priyanka Chopra’s pregnancy announcement leaves everyone in shock. Well, there’s a catch though.

Sara Ali Khan opens up on being compared to Amrita Singh

BollywoodLife attended a special preview of the Atrangi Re trailer, with lead actress Sara Ali Khan and Director Aanand L. Rai for company. Needless to say, we were extremely impressed with the trailer, and particularly with Sara, where she came across as a young Amrita Singh from the latter’s smashing debut back in 1983, Betaab, albeit with a pinpoint North-Indian accent.

Read the full story here: Sara Ali Khan opens up about being compared to a young Amrita Singh in the Aanand L. Rai’s Atrangi Re

Real reason why Atrangi Re is not releasing in theatres

With Atrangi Re, Aanand L. Rai seems to have outdone himself as the look and feel of the film reminding us of a somewhat desi version of the Oscar-winning La La Land, especially from the moment Akshay Kumar enters the fray with a proper superstar entry. They why did the Director and his team opt for an OTT release?

Read the full story here: Why’s Akshay Kumar-Sara Ali Khan-Dhanush’s Atrangi Re releasing on OTT after being shot on a grand scale?