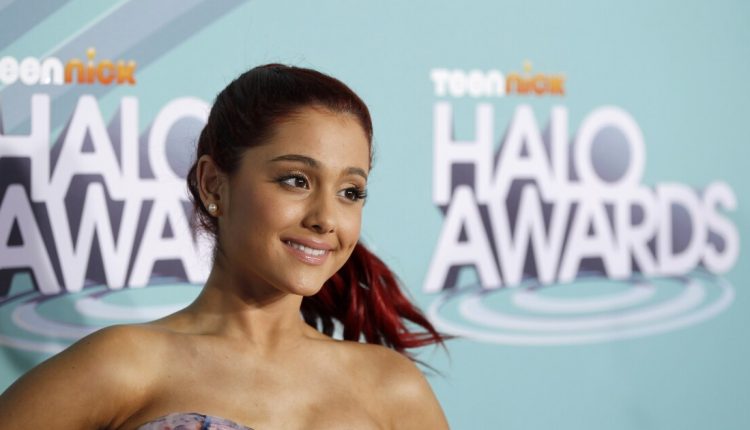 Children’s TV network Nickelodeon has come under fire in recent weeks for its alleged mistreatment of Jennette McCurdy, as well as her “Sam & Cat” co-star Ariana Grande.

Following the bombshell release of McCurdy’s new memoir, “I’m Glad My Mom Died” — in which the author details the abuse she allegedly suffered while working for Nickelodeon — many on social media have turned a critical eye on footage of a young Grande in character as Cat Valentine.

Fans have accused the network of sexualizing and infantilizing Grande onscreen. As a teen, the actor and pop musician played the bubbly, spacey Cat on Nickelodeon’s “Victorious,” as well as “Sam & Cat.”

In a viral Twitter thread, @VERONASFILMS shared a series of clips compiled by YouTube user Skarlett Akira of a young Grande portraying Cat in video blogs for TheSlap, a fictional social media platform used by characters from “Victorious.” Filmed in Cat’s bedroom, the video sees the teen star stick her toes and fingers in her mouth while looking into the camera; lie upside down on the bed while pouring water into her mouth and over her face; squeal and grunt while trying to “juice” a potato; and shout “I’m soaking wet!”

“everyone keeps bringing ariana grande for stan drama against jennette and idk why. let’s not forget, ariana is a victim herself from the creepiness of [‘iCarly,’ ‘Victorious’ and ‘Sam & Cat’ creator] dan schneider,” @VERONASFILMS captioned the video, which has amassed more than 3.3 million views on Twitter since Thursday. The full version has racked up more than 11 million views on YouTube since 2019.

“this is why she doesn’t talk about the role of cat valentine anymore. they sexualized and infantilized her.”

After sharing a couple more “very uncomfortable” clips of Grande and “Victorious” castmate Victoria Justice, @VERONASFILMS argued that the former child stars “have every right not to talk about what went on the victorious set. it was mad uncomfortable and disgusting things going on. she doesn’t want to relive that trauma or discuss cat valentine if she doesn’t want to!”

Much of the criticism seems to be directed at Schneider, who created and wrote dozens of episodes of “iCarly,” “Victorious” and “Sam & Cat.” In her tell-all book, McCurdy recalls being emotionally abused and touched inappropriately by someone she refers to anonymously as “The Creator” — prompting many to point the finger at Schneider.

A representative for Schneider did not immediately respond to a request for comment.

“Nickelodeon is offering me three hundred thousand dollars in hush money to not talk publicly about my experience on the show? My personal experience of The Creator’s abuse?” McCurdy writes in her book.

Released on Aug. 9, McCurdy’s buzzy memoir also mentions Grande, whom she says she envied and resented while working on “Sam & Cat.” Because the spinoff show conflicted with Grande’s burgeoning music career, the singer was repeatedly absent from set, causing McCurdy to become “pissed at” and “jealous of” her scene partner.

“If I wasn’t such a good sport to begin with, I wouldn’t be in this predicament in the first place. I wouldn’t be on this s— show saying these s— lines on this s— set with this s— hairstyle. … This is what it is. Ariana misses work in pursuit of her music career while I act with a box.”

Representatives for Grande and Nickelodeon did not immediately respond to the Los Angeles Times’ requests for comment.