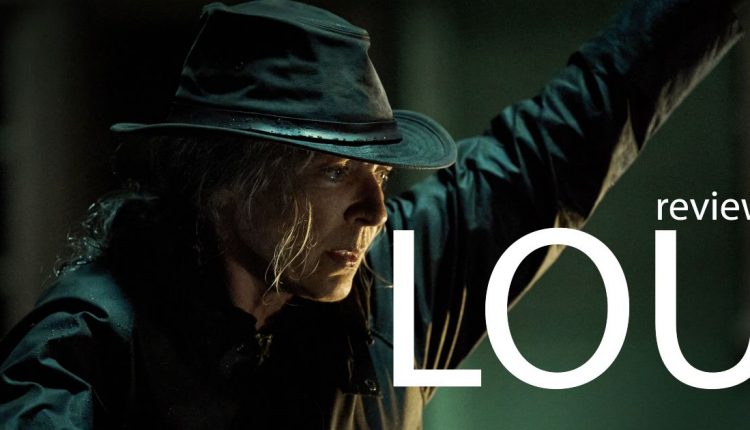 It was Liam Neeson’s role in Taken that many people credit as marking a dramatic shift in action movie stardom. At the time, the 56-year-old seemed unlikely to launch a major action franchise, and everyone was surprised with how much it rubbed off on the cultural canvas, with additional older men taking on action movies, from Keanu Reeves to Bob Odenkirk. However, it really wasn’t a big deal. Older men have headlined action movies since there were action movies — Roger Moore was 57 in View to a Kill, Sean Connery was 66 in The Rock, and even Daniel Craig was 53 when No Time to Die was released, just looking at actors who’ve played James Bond. Older male action stars aren’t anything new; older female ones, however, are a different story.

Aside from Helen Mirren’s fun performances in the Red films (while she was in her 60s), Jamie Lee Curtis’ recent Halloween movies, and Michelle Yeoh’s recent turn in Everything Everywhere All at Once at the age of 59, there really haven’t been any older female action stars. At the age of 62, Allison Janney has just proved that there should be. While her new film Lou might not be as good as her performance is, the Netflix movie’s nonetheless captivating because of it.

The Movie Lou is Not as Good as the Character Lou

Janney plays the titular Lou, a grumpy older woman who lives alone ten miles outside of town. She is solitude incarnate, and while the film’s script often paints her as a knockoff version of Lee Curtis’ gray-haired character Laurie Strode in the Halloween reboots, Janney makes Lou her own woman. She’s the kind of tough, capable person who drags a gutted deer by the antlers through the woods, having killed more food for her freezer. Aside from going hunting with her dog, she’s the landlord for a young mother and her daughter, Hannah and Vee. She’s terse with them, but Janney opens up spaces in between the sentences that indicate much more depth than the weak script gives her.

If Lou seems more like she’s in hiding than in the golden years of retirement, that’s because she actually is. The film takes place in the early ’80s after the notorious Iran-Contra affair, which Lou knows much more about than the average American (then and today, unfortunately). She was an operative for the CIA, having worked in the field for nearly three decades, and she has the classified documents and film negatives to prove it (the film goes about this in a painfully obvious way, to the extent that it’s surprising that they didn’t literally label a film canister with the word “Zapruder”).

She isn’t a glamorous, romanticized spy, though, and the film actually opens with her preparing to kill herself. She’s interrupted by her tenant Hannah after Vee is kidnapped by the father, previously presumed dead. In what initially seems like a very stupid, overly fabricated coincidence but turns out to be more than it seems, the paternal kidnapper turns out to also have a CIA background. He had faked his own death after the agency attempted to arrest him for sadistic torture and the murder of civilians (which hardly seems criminal for the CIA), and now he’s back for his daughter. Lou, deciding to do something good for the world after her years of ruining it with the CIA, suits up to track him down and rescue Vee.

Allison Janney Kills it in Lou

The very first frame of the film features Janney’s silhouette in a doorframe, immediately bringing to mind that John Wayne classic The Searchers and its iconic final shot. It’s a clever way to introduce a film about a kidnapped child and the tough old crank who hunts her down, swapping out the genders and setting the stage for the film’s similar themes — broken families and cycles of violence. If the violently unstable Phillip, his former wife Hannah, and their daughter Vee are the narrative dots, then the equally violent Lou connects them.

The emotional connections, on the other hand, are never really sold. Jurnee Smollett (who plays Hannah here) is charming and convincing on her own, but she doesn’t have much chemistry with anyone in the film, even her daughter Vee (played by Ridley Asha Bateman, who seems surprisingly disinterested in everything that happens). That lack of chemistry actually makes sense for Lou, though, as Janney’s character is a damaged and aloof woman who has realized that the only way she can stop destroying others is by avoiding them altogether. Janney’s just as excellent with this as she is a fearless killer (an excellence which will be a consistent refrain in basically any review of Lou), carefully evincing a deep yearning to reach out before immediately squashing any vulnerability with quick cruelty.

There’s practically nobody else in the film with enough dialogue to warrant being a character, other than Phillip. As the crazed, dangerous kidnapper, Logan Marshall-Green is given the impossible task of playing a narrative device. Marshall-Green, so great in 2015’s The Invitation and the spectacular but underrated Upgrade, does his best with the woefully underwritten, generally baffling character, but it’s a fight nobody could win. Phillip’s motivations and actions make it seem like he’s in an entirely different movie, disconnected from Lou the same way that all the other characters are. Even Lou is disconnected from Lou, but at least that makes sense.

Ludicrous and emotionally flat-lining as it may often be, Lou remains entertaining throughout thanks to Janney’s committed performance and director Anna Foerster’s action movie intelligence. Having directed great action sequences for the television shows Marvel’s Jessica Jones and Westworld, and working on every explosion-filled Roland Emmerich movie except The Patriot, Foerster has developed an innate feel for the kinds of visuals Lou needs. Unfortunately, there are really only two or three scenes that unleash her potential, though they are exceptional.

Between Janney, Foerster, and the fight choreographers, the three action sequences are the best part of Lou, outside Janney’s brooding. Using rain, campfire, shadows, and other small elements to heighten each scene, the combat in this film is brutal and usually, surprisingly realistic. The organically clumsy nature of some fights lack John Woo/Wick grace but are brimming with bone-crushing, bloody authenticity. Janney is somehow entirely believable as a killing machine, a bit out of practice but extra dangerous because of her suicidal ‘nothing to lose’ mentality. Lou begins the film wanting to die, and the amount of pain and suffering she gives and gets just might grant Lou her wish.

The final set piece and fight scene, though pretty ridiculous, is also done very well, with tight editing and gorgeous cinematography. Just as the film begins with a nod to The Searchers, it ends with a direct reference to the famous battle on the beach at the end of Samurai III: Duel at Ganryu Island, a perfect film where two morally compromised characters are drawn toward an inevitable deadly duel. The fight stands out from the rest of the film, with the sound cutting out and the entire thing becoming genuinely operatic, taking those aforementioned themes of filial damage and cyclical violence to a poetic extreme.

Lou Should’ve Been About the Action

Lou is a film that wants to be a thriller but should’ve been a downright action movie. If Foerster was able to just let loose with Lou and create more great action sequences than these, it would have been a pretty wonderful film, one truly worthy of Janney’s great performance.

Ultimately, Lou is just like its titular character — detached, damaged, and dark, but with enough sparks of brutality left in it to surprise. If only the film was more consistently intense, emotionally committed, and dramatically coherent. Then it’d be more like Janney than her character. From J.J. Abrams’ production company Bad Robot, Lou is now streaming on Netflix.