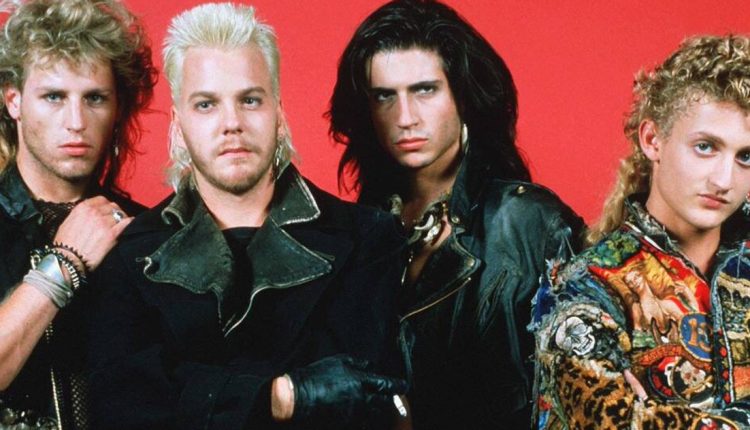 Warner Bros. announced yesterday that they will reboot the 1987 classic vampire movie The Lost Boys. ﻿Included in the announcement was the casting of Noah Jupe and Jaeden Martell, in lead roles, leaving out which lead roles they would play. It’s being described as a brand new, reimagined take on the original movie. As you can imagine, strong opinions were voiced, outrage was induced, and the inevitable ‘Don’t ruin a classic’ was the chorus, as Hollywood continues to rummage through our collective treasured keepsakes and ‘reimagines’ them.

An indisputable authority on all things The Lost Boys, Alex Winter aka Marko, had his say yesterday: “Go mullet or go home.” Fans agreed with his sentiment, responding: NO MULLET NO MOVIE!

“I’m at a loss for words why you remake already perfect movies.”

“Alex nobody will ever to be able to top you as Marko and that’s a fact!!!”

My favorite one about The Lost Boys Remake was this. “And bring this guy back.”

Marko, I mean, Alex Winter has a point. You can close your eyes and point in anything direction and find a glorious mullet to feast up our eyes upon in The Lost Boys. However, the blue ribbon clearly goes to Alex Winter. Take in that glorious Kentucky waterfall.

The others that make up the vampire blood brothers, including the ultra-cool fanged ringleader, David, exquisitely portrayed by Kiefer Sutherland, are no slouches either, when it comes to the Tennessee tophat.

Even Laddie got in on the Achy-breaky-bad-mistakey action.

The good guys displayed their Canadian passports, as well, even our troubled Michael, played by Jason Patric. Corey Feldman has rocked a version of the Camero Cut for decades, so of course he had his on display.

Corey Haim had always had a signature boyish short cropped do, but he outdid himself years later in Crank: High Voltage.

If you’ve scrolled down my mullet memory lane this far, you might be just the kind of person to help me with my unofficial thesis. You’re emotionally invested in the reboot of The Lost Boys, as am I. I’m trying to get down to the essence, to pinpoint the crucial detail or aspect of a film that the audience allows, even rejoices in, a remake or sequel. I can’t seem to nail it down. Is it the return of the original cast that makes it ok? Is it that we trust the director, ala Rob Zombie’s The Munsters? Is it because we think it can be made better by a different set of actors, like Jeff Goldblum and Geena Davis in The Fly? Conversely, why are we repulsed at the thought of someone even whispering the word reboot standing too close to our sacred silver screen treasures? Thoughts?