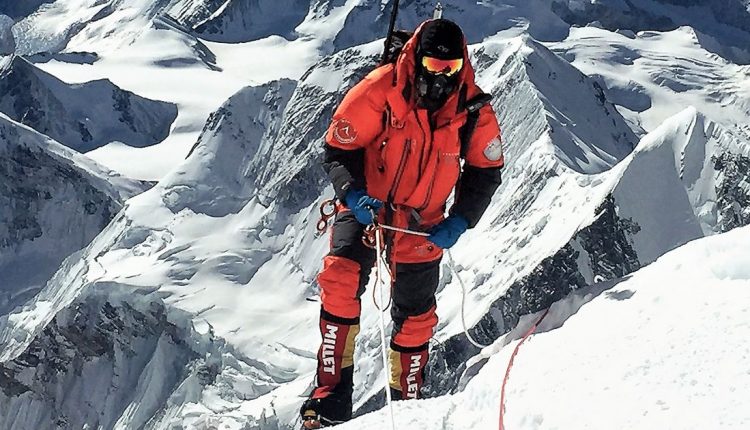 The Quest: Nepal follows Alex Harz as he embarks on a journey to develop a deep understanding of the history and culture of Nepal before climbing Mount Everest. The documentary does an excellent job of cutting together first-hand interviews, climbing action, breathtaking views, and voiced-over storytelling. In addition to hosting, Harz wrote and directed the documentary, which also stars Hanuman Baba and Mike Hamill.

The Quest: Nepal will be available to TVOD/Digital Audiences across North America beginning on May 24, 2022. Ahead of its release, Harz joined Movieweb to chat about the sublime experience.

“It is absolutely breathtaking,” says Harz, speaking of the view from the top of Everest. “It gets to hundreds of miles into Nepal, India, and Tibet. You can see the curvature of the earth… It’s really almost something that you can’t believe is humanly possible when you get to take those views in through your eyeballs from up there.”

That in-person experience doesn’t come without hard work and preparation, though. Throughout the documentary, there are many interviews of climbers explaining the amount of mental and physical endurance required to climb the mountain. It takes nine days to reach base camp before another 43 to the summit and back.

“Physically, it’s demoralizing in a lot of ways because you have to essentially climb Everest three times to make it to the top, and each time you work your way up to a higher altitude in order to generate more red blood cells so your body can survive that extremely hypoxic environment. The thing that’s demoralizing about it is yes, it’s tough to get up those altitudes, but then having come all the way back down… I’ve never been a big fan of that part in my mountain career, losing altitude, because you’ve worked so hard to gain it. But unfortunately, it’s an integral part of Everest expeditions.”

Harz refers to the higher altitudes as The Death Zone, which is highlighted in the documentary. “The oxygen density up there is one third than it is down at sea level… and so you can imagine how hard it is just to breathe, walk, and to move and think clearly — it’s extremely difficult. But what it really means from a physiological standpoint is that you can only be there for a day or two max, otherwise you’re going to die… and that’s why it’s called the death zone. So you have to get up and out of it as fast as possible because your body can’t survive at those extreme altitudes for long.”

Yet that is only one of many dangers seen in the documentary. Along with The Death Zone is footage of avalanches, harrowing climbs, and huge crevasses that would prove devastating to fall into. “The first time I stepped foot into the Khumba Icefall, which is at the base of the mountain… people say it’s the deadliest two and a half miles on earth. And they call it the deadliest maze on earth. And you get to that first ladder crossing,” Explained Harz, noting how they place ladders over the large crevices in order to cross, “which are basically Home Depot ladders tied together with fishing string, and it can be five or six strung together, and you’re bouncing up and down and swaying across one thousand foot crevasses with only one inch of purchase on the front on the front of your boots… that is a gut check. And right there, you realize things are real. You realize how dangerous it is.”

A danger that viewers can certainly live vicariously, as shots can be seen hovering above these crevasses in point of view. “That’s where you have to say, ‘Okay, do I go further? Or do I call it a day right here?’ That’s the danger, it hits you right as soon as you step foot in the Khumba Icefall.”

Changes Along the Way

“Everest is a weird thing. It’s a freezer-fry scenario,” recalled Harz, speaking of a part of the climb where he was surrounded by three amazingly majestic peaks. “Mount Everest, Lhotse, and Nuptse, which are just massive, daunting peaks, sitting right next to you… and you have that solar radiation coming off of that snow, so you’re getting hit from every angle, plus, you’re so much higher. So, that sun is so much more intense through the atmosphere filtering that it’s really freezer-fry. So when you’re in a valley it was so cool, and as you’re approaching the base of the Lhotse phase to try to make your way up to the higher altitudes of Everest, it can be over 100 degrees of heat index. You’re just melting, and you’re peeling layers, and you’re getting instantly burned. Within a matter of one minute, when the clouds come over, the temperature could drop 80 degrees.”

Although the changes are not restricted to the atmosphere, as Harz explained that filming this documentary, and the experience in general, significantly changed his worldview. “Not just because of the mountain itself, which of course will change you because everything in your daily life doesn’t seem as extreme or as annoying anymore — right from the trash man not coming to the mail being delivered a couple of days late — those little trivial things just aren’t significant anymore because of the amount of risk and what it took to climb Everest. But even from a cultural perspective, and a spiritual perspective, that engagement of being involved with the Nepalese people for 60 days… you just really get so deeply immersed into their spirituality and into their culture, that you really have a different perspective on not only life but also how humanity works in that whole sphere of life.”

Alex Harz also shared that this will be an ongoing series and that he’s currently in the process of laying out the next few destinations, going into preproduction for the next one at the end of the summer. For now, viewers can rejoice in the 72 minutes of his first quest.

Hayden Christensen Recalls the Moment He Was Cast as Anakin Skywalker

Tim Kraft is the Editor in Chief of Movieweb. His favorite genre is a tie between horror and comedy.