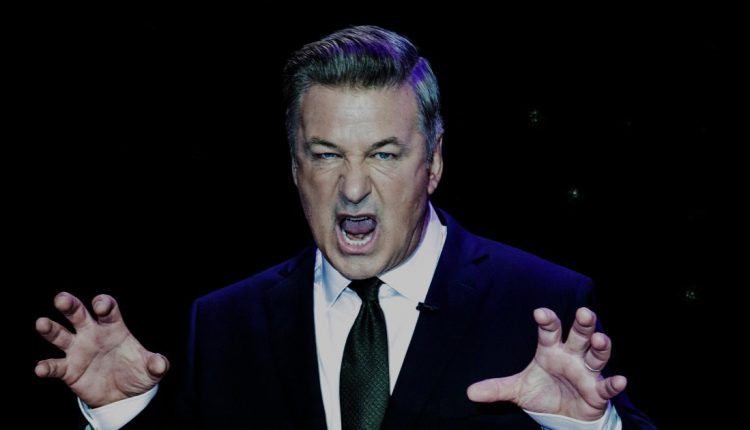 Alec Baldwin has left Twitter — yes, again — and found refuge in the “kind and at least reasonable” bosom of Instagram.

The subject is a triggering topic for the actor and his followers given the outcry that was unleashed late last year against his wife Hilaria, a self-proclaimed “white girl” called out for appropriating Spanish heritage.

“Switching accents? That sounds… fascinating,” Baldwin joked, seemingly about “The Crown” star’s fickle British-American accent and making light of his wife’s controversy. The difference is that Anderson, who won the supporting actress Golden Globe for her portrayal of British Prime Minister Margaret Thatcher, was born in Chicago but spent some of her childhood living in London and lives there now too.

Twitter users made sure Baldwin knew it, resulting in his latest breakup with the app and rebound with Instagram.

“@hilariabalwin pretending to have a foreign accent in order to lay claim to a culture and life story that isn’t hers just to exoticize herself is NOT the same thing as Gillian Anderson reasonably speaking two different dialects of English due to her (actual) life story,” replied one Twitter user.

“The difference is Gillian lived in London during her childhood and lives there so an accent developed,” added another. “She’s never denied her Americanism. Big fan of yours, but this is an awful take.”

At least she ACTUALLY lived in both the US and England! It would make sense…..um….and she is an actor. Your wife lived in Boston her whole life and took a vacation or two in Spain. Comparing apples to how do you say…..🥒

Though the “Saturday Night Live” guest star didn’t name Anderson specifically, he said he is a “huge fan” of the actress and “multicultural expressions” in general.

“That comment was made just to illustrate the point that I find that multicultural expressions of anyone, whatever country, language, music, food, clothing, art, whatever of those expressions are important to you, that’s your business,” he said.

Baldwin’s rant against Twitter, an app he primarily used to aggregate news, continued from there. He poetically described it as a place “where all the a—holes in the United States and beyond go to get their advanced degrees in a—holiness” and as a difficult place filled with bitterness.

“You can’t say anything dark enough to describe [it],” he said. “Twitter is a lot of haters. Twitter is 1/3 interesting posts, 1/3 tedious, uninteresting, puerile nonsense and 1/3 abject hatred and malice and unpleasantness.”

The “Here’s the Thing” podcast host has deactivated the account at least three times before. In 2013, he quit in the aftermath of a rant in which he defended his wife against errant claims by a British publication. At the time, he said he’d remain off the social network forever.

The latest breakup comes days after he and his wife welcomed their sixth child together — a baby girl named Lucia — reportedly via surrogate. Lucia’s surprise arrival sparked unwelcome conversations about his family expansion, 25-year age difference between him and his wife and other unpleasantries that already put him on the defensive this week.

“I’m very grateful to all the people on Instagram who have embraced me my wife and family,” Baldwin, 62, said in Wednesday’s video.

He also praised his wife and family, describing them as “the most rewarding thing I’ve ever done.”

“I’ve never been happier in my entire life and I owe that to Hilaria,” he said.