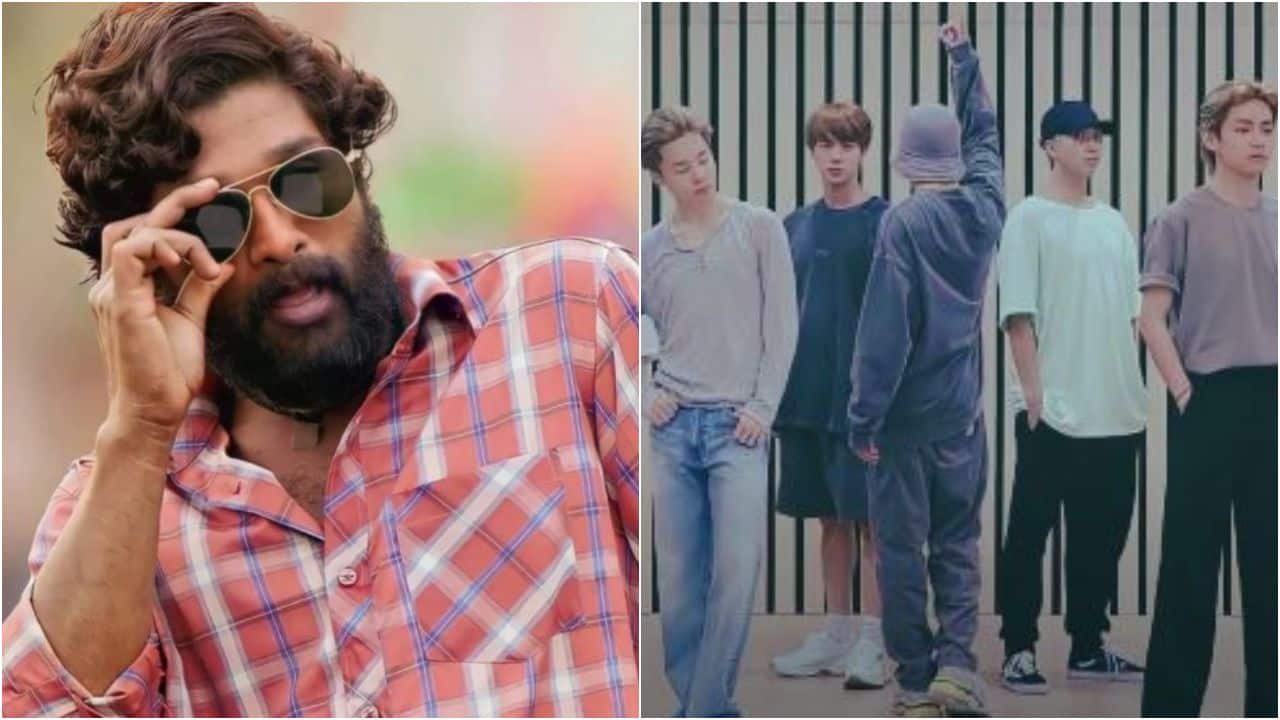 BTS band members Jin, Suga, J-Hope, RM, Jimin, V, and Jungkook are amazing dancers, and ARMY loves their moves. Well, we have always seen that fans of the band especially the Desi ARMY make edits in which Jin, Suga, J-Hope, RM, Jimin, V, and Jungkook are seen dancing on Indian songs. In the past few days, we have seen the members dancing on two famous songs from Allu Arjun starrer Pushpa: The Rise, Saami Saami, and O Antava, and now, they have danced on one more song from the film Srivalli. Also Read – Pushpa actress Rashmika Mandanna REVEALS about her first meeting with Goodbye co-star Amitabh Bachchan [Exclusive]

On YouTube, a fan BTS has shared an edited version of Jin, Suga, J-Hope, RM, Jimin, V, and Jungkook dancing on Srivalli. Well, it’s quite a good editing done by the fan as the steps perfectly fit the music and the lyrics of Allu Arjun’s song. Watch the video below… Also Read – BTS: From Jungkook’s pic with his dogs to Taehyung’s selca with RM, Jin and J-Hope – 10 MUST-SEE fanarts

Meanwhile, recently Jungkook shared a picture on his Instagram in which he is seen in the recording studio. ARMY has been wondering whether JJK1 is on the way or the work on the next BTS album is going on. Also Read – BTS’ RM comforts ARMY with his words of wisdom but is all SHY to call a fangirl ‘Honey’

Recently, BTS was in the news as Jimmy Kimmel compared the K-pop band to Covid-19. On Jimmy Kimmel Live, when Emily in Paris actress Ashley Park spoke about testing positive from Omicron, Covid-19 variant, Jimmy made fun of it and said, “So, it was BTS fever. They both are very dangerous, you are lucky to come out of those alive.”

ARMY has been super upset about it, and they have slammed Jimmy for his racist comment. Check out the tweets below…

“You thought it was BTS fever. They’re both very dangerous. You’re lucky to come out both of those alive.”

The audacity to say that about an Asian artist in front of an Asian woman. @jimmykimmel really compared BTS to COVID in the year 2022 and amidst all the anti-Asian hate. + pic.twitter.com/fTvSSIgcsC

This is very racist bcs BTS is Korean and covid is Chinese.. But he is implying that they are all Asians and doubt forgetting yellow fever
I request my Twitter army friends to Trend #JimmyKimmelRacist https://t.co/KSzLZOfoFS