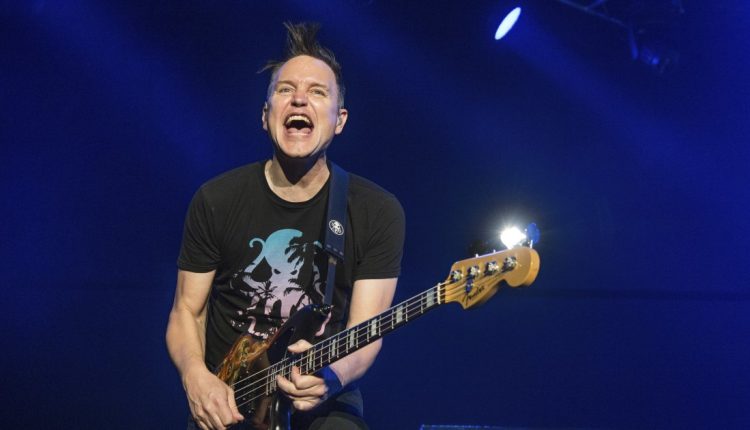 Blink-182 singer and bassist Mark Hoppus has completed his latest round of chemotherapy but laments that being treated for cancer is his new normal.

“Today I’m grateful to not be going in for chemotherapy,” the pop-punk musician tweeted Wednesday to his 2.7 million followers, noting it had been three weeks since his last treatment.

“Normally I’d be going in today,” he wrote, before catching himself: “‘Normally.’ Damn. Getting pumped full of poison every three weeks is my normal. On the 29th I get scanned and will know if it worked.”

The 49-year-old “What’s My Age Again?” hitmaker revealed in June that he had been battling cancer for three months, later sharing that it was Stage 4 diffuse large B-cell lymphoma, an aggressive form of non-Hodgkin’s lymphoma.

Hoppus’ July scan, which evaluates the cancer cells’ spread in the body, indicated that chemotherapy was working, but, he said, he still had “months of treatment ahead.”

“But it’s the best possible news,” he wrote at the time.

In September, his former Blink-182 bandmate Tom DeLonge also celebrated Hoppus’ completion of chemo and the removal of his port — a device used to draw blood and give treatments — sharing a screenshot of a text message conversation between them.

Hoppus has been candid about his side effects throughout the process and often took to Twitter to commiserate with fellow “cancer havers” and refer to himself as a “cancerous thumb” after losing his signature spiky hair.

Late last month the perennial jokester shared an Instagram photo showing the top of his crown and the slow process of growing back his mane.

“Look at this trash. This is the top of my head right now. This is what God sees when He looks down upon His work and despairs. Cancer-ass head trying to grow back some hair. Awww. Poor little head. Keep your chin up, fighter,” he wrote. “Feeling terrible this week but trying to stay positive and count my blessings. I hope everyone is doing great, staying healthy, and being kind to each other. If anyone needs me, I’ll be on the couch for the foreseeable future.”