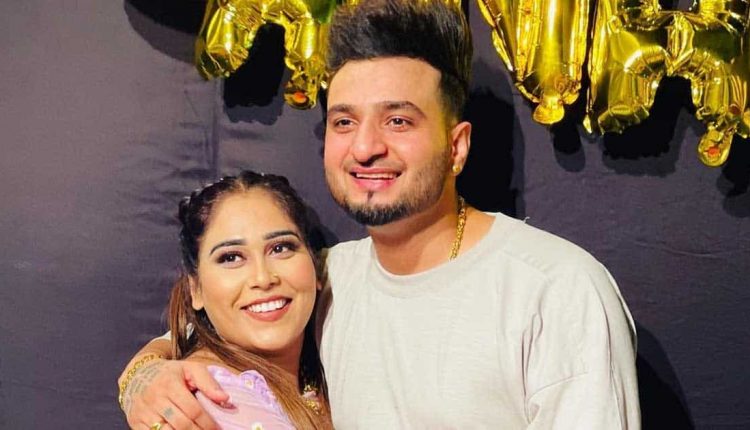 Afsana Khan made a lot of noise over her controversial stay in Bigg Boss 15. She grabbed eyeballs when she ran away from her quarantine period and refused to be part of the show. The Titliyaan singer was ousted over fear of self-harm when she picked up a knife during a fight. Now, it is her husband Saaj Sharma who’s been hit by a pool of controversy.

A Chattisgarh woman, Anugrah Ranjan alias Anu Sharma has filed a petition in Mohali to stop the upcoming wedding. The woman claims that she was married to Afsana’s fiancé back in September 2014 and are even blessed with a baby girl.

As per Dainik Bhaskar, Anu Sharma claims that the falimy lived in Zirakpur post marriage. But she was forced to return to her hometown, Raipur due to alleged dowry torture. Just not that, she claimed that Saaj Sharma got the divorce in a fraudulent manner, and now she wants to stop his marriage with Afsana Khan.

Anu learnt about Afsana Khan and Saaj Sharma’s marriage plans in December 2021. She tried to contact the fiancé but her efforts went in vain. It was only then she learnt from his family that they got divorced in 2019 after the Mohali court’s order.

The claims include that Saaj had provided the wrong address for the summons and she never received it. Owing to this, the divorce was decreed.

Well, let’s see if Afsana Khan and Saaj Sharma react to the allegations.

Meanwhile, it was back in February when Afsana appeared on the Bigg Boss 15 stage ahead of her entry inside the house. The singer that she had delayed her marriage only to participate in the show.

Must Read: Himanshi Khurana Reacts To Geeta Kapur Targeting Umar Riaz As A Doctor Over His Bigg Boss 15 Aggression: “To Comment On Someone’s Rozi Roti, It’s Not Done”

Mother/Android Review: Half Good, Half Bad