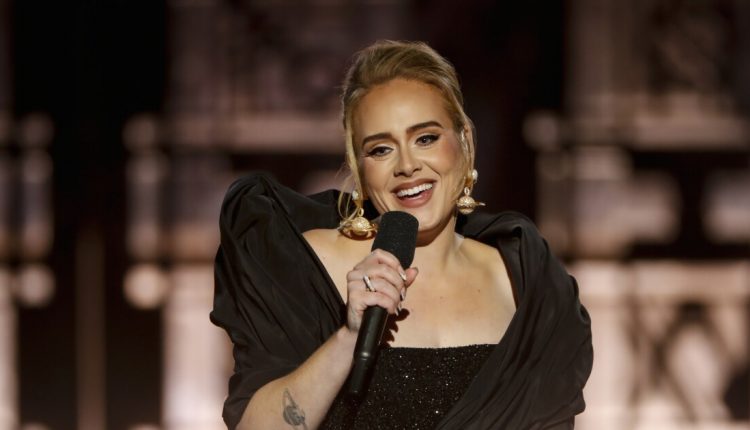 Adele is making time for a superfan to show how much she cares.

On Saturday, the “Oh My God” artist FaceTimed Eleni Sabracos, a longtime supporter who posted a viral video from Las Vegas on Friday lamenting various unsuccessful attempts to see the Grammy winner in concert. The video racked up 9.5 million views on TikTok after Adele postponed her Las Vegas residency the day before it was scheduled to open.

“I bought tickets to her show in London, and I flew to London … and she canceled her show,” said Sabracos, who has been trying and failing to attend an Adele concert since she was a teenager.

“Flash forward to 2022: My brother surprised me with Adele tickets to her Vegas residency. I am in Vegas right now, and Adele canceled her show. Again! Why!”

Sabracos even made a custom T-shirt that reads, “I love Adele like Adele loves Beyoncé,” which she was wearing when Adele FaceTimed her this weekend in Las Vegas with some much-needed good news.

“I will cover all of your costs [for the show],” the “Easy On Me” hitmaker told her. “I will fly you in, and you’ll see me onstage, and I’ll come and see you.”

After at least three thwarted efforts to see Adele live — including one involving a sketchy Craigslist ticket purchase, which she admits “was her own doing” — Sabracos now has a personal date with Adele.

The singer stayed busy on the phone during the weekend, connecting with more fans in Las Vegas via FaceTime, even calling to surprise some in a pop-up shop at Caesars Palace.

The feel-good exchange came days after a “gutted” Adele tearfully announced that she had no choice but to delay her Vegas residency, citing delivery issues and the COVID-19 pandemic. The show, “Weekends With Adele,” was originally slated to run Fridays and Saturdays at the Colosseum at Caesars Palace through April 16.

“I’m so sorry, but my show ain’t ready,” she said in a video message.

“We’ve tried absolutely everything that we can to put it together in time. … Half my crew, half my team are down with COVID. They still are. And it’s been impossible to finish the show. And I can’t give you what I have right now … I’m sorry it’s so last-minute.”

Disappointed fans, such as Sabracos, had booked flights to Sin City and paid thousands of dollars for tickets to the sold-out concert series. The beloved vocalist promised that “all dates will be rescheduled.”

“We’ve been awake for over 30 hours now trying to figure it out and we’ve run out of time,” Adele added in her message.

“I’m so upset, and I’m really embarrassed and I’m so sorry to everyone who traveled to get here. I’m really, really sorry.”