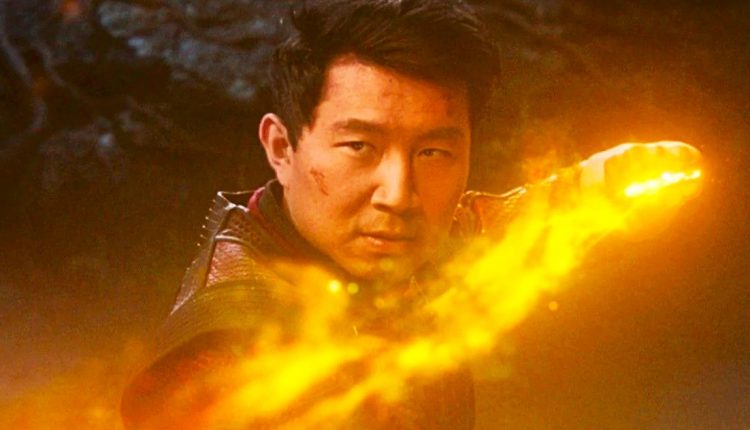 Shang-Chi and the Legend of the Ten Rings is a stunning martial arts epic. Director Destin Daniel Cretton has delivered an intimate story of a family reckoning with far reaching consequences. The fight scenes are exquisitely choreographed with amazing, visionary camera work. But the truly fantastic part is that behind the excellent filmmaking, action, and cutting-edge visual effects lies a dramatic core that deeply resonates. Each character has a significant personal stake in the story. Their emotions drive a compelling narrative that absolutely shattered my already high expectations.

A thousand years ago in a time of conflict, a merciless warrior (Tony Leung) decimated his enemies with the incredible power of ten mystical rings. They gave him immortality and fed his insatiable thirst for dominance. His armies moved in the shadows throughout history. Conquering everything in their path until they discovered an ancient village that protected a great secret. The warrior was astonished to finally meet his equal (Fala Chen) in battle. She fought with a style that was able to continuously deflect his attack. He became enamored by her. Against all odds, she felt the same. They left his dark past behind to start a family.

RELATED: Ten Rings Are Stronger Than Thor’s Hammer and the Hulk According to Shang-Chi Teaser

Decades later in downtown San Francisco, Shaun (Simu Liu) works as a valet at a posh hotel. He, and his best friend since high school, Katy (Awkwafina), embrace their underachievers lifestyle. Her family wonders when they will grow up. Shaun and Katy race for the bus after a night of drunken karaoke. Suddenly, Shaun is confronted by a group of thugs led by a man (Florian Munteanu) with a sword as an arm. Katy is stupefied when Shaun defeats them with punishing martial arts prowess. He admits to her that his real name is Shang-Chi. His extraordinarily dangerous father has finally found him. He must find his younger sister (Meng’er Zhang) immediately.

Shang-Chi and the Legend of the Ten Rings unveils a series of tragedies through flashbacks. The actual scope of the story doesn’t come into focus until the beginning of a superb third act. Shang-Chi, his father, and sister are a family in turmoil. He chose to escape rather than face the burden of his father’s ambitions. Leaving a sister behind, who was only seen and never heard, to find her own way out. These stark choices come back to haunt with a vengeance. Simu Liu, Tony Leung, and Meng’er Zhang are riveting in their performances. Audiences are going to be pleasantly surprised by the film’s emotional realism.

Shang-Chi and the Legend of the Ten Rings is not a tired rehash of Wuxia wire fighting Chinese films like Crouching Tiger, Hidden Dragon or House of Flying Daggers. Destin Daniel Cretton (Short Term 12, Just Mercy) brings a fresh new perspective to the mind-blowing action scenes. The fighting is not overly exaggerated. The difference is in the way the combat is shot. A thrilling scene on scaffolding outside of a skyscraper will kick your ass and break a foot doing it. As Shang-Chi battles the Ten Rings army, the camera zips along in a zigzag, fluid pattern to capture the insane action at multiple extreme angles. It’s a high point for sure, but indicative of the next-level filmmaking acumen on display here.

Supporting characters balance the action and drama with well-placed humor. Awkwafina and a returning Ben Kingsley are hilarious. They add a light touch without being foolish. Fans who were disappointed with Iron Man 3 are going to love the return of Trevor. Other MCU characters make appearances. The film takes place several months after the Blip, so the aftermath of Avengers: Engame is still being felt. Stick around during and after the credits. Shang-Chi and the Legend of the Ten Rings is a production of Marvel Studios. It will be released theatrically on September 3rd by Walt Disney Studios Motion Pictures.

DaBaby returns to stage at Summer Jam with another apology