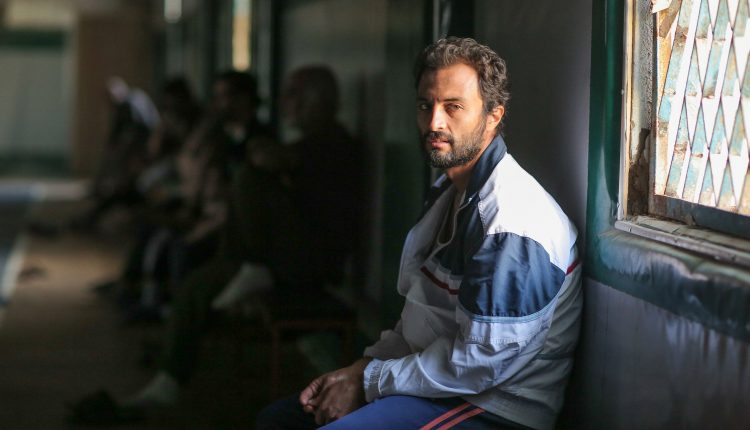 An Iranian man (Amir Jadidi) struggles to repay a debt in A Hero, winner of the Grand Prix at the 2021 Cannes Film Festival.

Iranian auteur Asghar Farhadi crafts a spellbinding morality play that lingers with melancholic devastation. A Hero, Grand Prix Winner at the 2021 Cannes Film Festival, follows an imprisoned debtor as he struggles to repay a loan and regain his honor. What begins as a possible stroke of good luck spirals into a crisis that engulfs him and everyone he loves. A Hero shows how good intentions are not enough to overcome deep-seated mistrust and a tarnished reputation.

In the city of Shiraz, Rahim Soltani (Amir Jadidi) is given a two-day leave from debtors’ prison. He immediately reaches out to his creditor, Bahram (Mohsen Tanabandeh), to try and settle the significant loan. But his former brother-in-law has no more time or patience for Rahim’s promises. Only full restitution will withdraw his complaint and have the sentence commuted. Rahim sees a ray of hope when his secret girlfriend, Farkondeh (Sahar Goldoost), finds a purse with gold coins. They initially try to sell the gold to a broker but have a change of heart.

Rahim goes to a bank near where Farkondeh found the purse. He takes credit for the discovery to protect her identity. When a mysterious woman claims the loot, Rahim is hailed as a hero by prison officials. He could have stolen the coins but did the right thing. They arrange for television and newspapers to publicize Rahim’s good deed. But Bahram does not believe the story and won’t be bullied into releasing Rahim from the debt. Rahim decides to find the woman and prove his heroic act. He sets off a chain of events that prove to be catastrophic for him and his family.

A Hero reveals its plot like following a found thread. You don’t have a clue where it’s going until the big picture finally comes into focus. Director/writer Asghar Farhadi, a two-time Oscar winner for Best Foreign Film, is a master of exposition here. Rahim has already paid a heavy price for his actions. You genuinely root for the character to succeed, but soon come to understand Bahram’s point of view. Rahim’s newfound status as a role model doesn’t fill his bank account. The film has layers of dramatic subtext that become apparent in a banner third act.

A Hero presents Iranian life with a personable, straightforward approach that fosters endearment for Rahim’s relatives. They are working-class people trying their best to help him secure his freedom. There are no political agendas, religious themes, or any salacious details whatsoever. A Hero reflects the Islamic culture, values, and conservative sensibility of the society it depicts. These tenets are integral to framing the narrative. For example, Rahim’s bankruptcy would not lead to prison time in most western countries. Nor would he be allowed a leave of absence to be with his family and try to rectify the debt.

A Hero takes you on a compelling journey with no easy answers. Rahim’s predicament gets worse in a starkly realistic way. Asghar Farhadi (A Separation, The Salesman) may need to clear shelf space for a third Oscar. A Hero is a production of Memento Films and Amazon Studios. It has Farsi dialogue with English subtitles. A Hero is currently in limited theatrical release with a January 17th streaming premiere on Prime Video.

Director James Gunn is determined to develop his Knight Rider continuation … as soon as he finds the time.