A Slow Return to the Series’ Roots 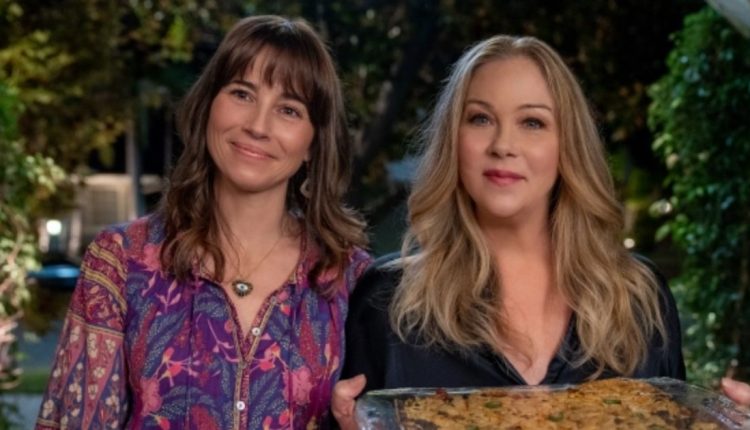 When the Netflix series Dead to Me was released all the way back in 2019, it caused waves. The black comedy series, which was written and created by Liz Feldman, was a smash hit. It drew in up to thirty million visitors in the first month of appearing on the streaming platform, showing how its main characters, two grieving women who meet during a support group meeting, resonated with audiences. After all of the accolades and awards it received for its first season, the second season was renewed not too long after, and, once that season came out, a third and final season. Unfortunately, the final season of Dead to Me was quite delayed for some time.

The series was originally launched on Netflix three years before the release of season three, all the way back in 2019, and season two made its way into the world in May 2020. Production for the third season was massively delayed at first due to the onset of the COVID-19 pandemic, then by Applegate’s diagnosis of multiple sclerosis. Season three finished filming in April of 2022, then was slated to finally appear on the streaming platform in November 2022. Every season consists of ten episodes, and season three aspires to put a little neat bow on all of the messes its protagonists have created throughout the previous seasons. Does it achieve that neat ending? It may depend on what kind of a fan of the series one might be asking.

All of the fan favorites of the show return for its final season. Christina Applegate and Linda Cardellini return as Jen and Judy, the show’s protagonists, for one last series of adventures before they potentially get caught for murdering Judy’s ex-fiance, Steve. Steve’s identical twin brother, Ben, is reprised by James Marsden. Natalie Morales will also return this season as Judy’s newest love interest from the second season. Relationships will break and thicken during this season, and some people’s problems will only worsen with the events to come. Season three has many twists and turns packed into its short run time, making sure each episode comes up with at least one new fresh thing to keep it moving forward.

An Unexpected Series of Events

Season three of Dead to Me picks up immediately where season two left off: Judy and Jen are driving home in a car Jen just bought, and Ben, who has been drinking extensively, runs a stop sign and crashes into them. The opening moments of the third episode show the two of them in the hospital, and Jen’s condition looks a little dire at that moment. It would seem a little bleak to kill her off immediately in the opening scenes of season two, but while she survives, a key new plot point is introduced early on: Judy, while getting x-rays done to see if there was any damage during the accident, finds out dark masses are showing up on her scans. It turns out to be stage four cervical cancer, and intense chemotherapy might be one of the only solutions left for her. Her doctor informs her that the next three months of treatment will be particularly difficult, so Judy now has some hard decisions to make throughout the season, especially as she decides to keep her diagnosis a secret in the meantime.

In the meantime, Steve’s body has been found in the woods, and the police are honing in on who they think the potential culprit is. There is a plot twist though: in the words where they buried Steve, it does not fall under the local police’s jurisdiction. It is federal land, so the FBI would be the ones to investigate, not the local precinct, and any applicable charges would be at the federal level. Ben, Steve’s identical twin brother, grieves over his brother’s death, and while Jen and Judy know he is the one who hit them in the car accident, he remains blissfully unaware.

Related: Netflix’s 7 Highest-Rated TV Shows of All Time, According to Rotten Tomatoes

The remainder of season three is spent untangling the various threads that have kept the narrative arcs of the previous seasons together. Judy’s love interest, Michelle, returns after their turbulent breakup, and season two and a renewed romance may be on the horizon. Charlie, now suspicious of his mother and Judy’s antics, feels betrayed after he discovers the letters. His anxieties are furthered when Judy and Jen lie to him when he confronts them. Instead of admitting that Judy was the one who hit his father in the accident that killed him, Jen accidentally stirs the pot further by concocting a lie in which she claims that Judy slept with his father and Jen knew about it. That only serves to make his anger toward Judy even more intense.

However, this will not be all of what season three has up its sleeve. There are several key plot twists to try and liven up the story and keep it progressing, making it more evident as to why the thirty-minute episode format works so well for this show. One of the standout storylines from this season is both Jen’s and Judy’s health experiences going forward, and how they learn to maneuver through their new respective issues with each other in their lives. This is a testament to the power of female friendship and understanding even in the face of uncertain times ahead, especially as both face problems unique to women.

Dead to Me has appealed to a wide range of audiences throughout its seasons, and season three will be the final one to officially end the series. One of the most charming elements present throughout Dead to Me is the focus on Judy and Jen’s relationship even as their secrets come to light. Despite everything they have been through, they still manage to stick together through thick and thin. “The odds don’t apply to us,” Jen eventually admits in one later episode, shrugging her shoulders as Judy seems to become more pessimistic about their situation. Dead to Me returns to its roots and core in the final season, focusing on the relationship between these two women and how it develops further in the face of new problems and complications presented as the episodes hurtle forward in narrative arcs.

The ten episodes in season three start explosively but slowly begin to drag as the plot marches forward. Episode one immediately circles back to what happened in the previous season, but the newer elements that are introduced as narrative plot points are not enough to keep the show going. As much as the show cuts back to the police investigation as they piece together the facts of what happened to Steve, there seems to be a lack of urgency to anything going on in the third season. The characters are allowed to exist in a space where one pressure–the ongoing murder investigation–might be lifted off their shoulders temporarily, but instead, it is replaced with a slightly convenient trope when Judy is diagnosed with cancer.

Even with its slow pacing, season three manages to get what needs to be done. An extra season beyond this one would have been too much, and the remaining storylines get wrapped up quite well. A different kind of clock is ominously ticking in the background, and the phrase an eye for an eye may be more than appropriate in this season, but the dialogue and scenes flow easily and feel connected. By the end, Dead to Me wraps up rather nicely. The well-timed comedic beats present before are still woven into the storyline, and Cardellini and Applegate replicate the chemistry that works so well for their characters. The show’s final season took a while to make it to Netflix and small screens across the world, but it remains victorious.

It might be slow and needs to increase the stakes, but it gives time for the characters audiences have grown to love so much. And perhaps the world might not be watching them immediately getting busted for the crime to admit, but instead, we are given the opportunity for them to smile and cry together even in the face of a terrible diagnosis. It may lose focus at certain moments of the incoming police and FBI investigation slowly gaining on the protagonists, but, in the end, it reminds us of what may matter in these women’s lives. It might not be the best entertainment, but it sure is important in the grand scheme of things.

All ten episodes of Dead to Me’s third season are available to stream on Netflix as of November 17, 2022.