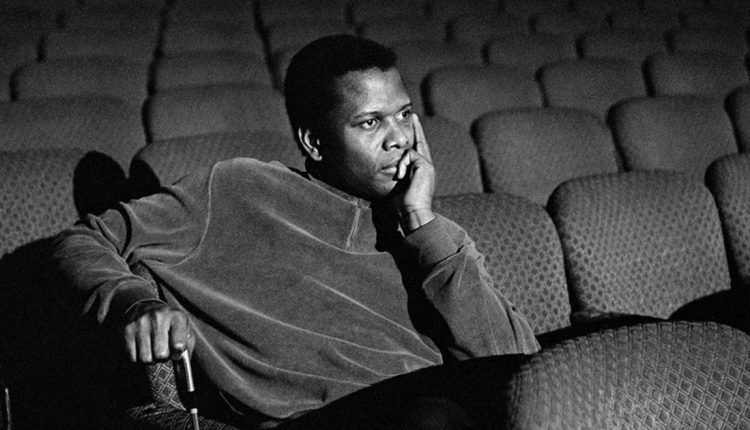 Sidney is Sidney Poitier in his own words — and that’s what makes the Apple documentary such a fascinating and reverent look into the late actor’s life and legacy. Produced by Oprah Winfrey, Sidney made its world premiere at Toronto International Film Festival 2022. Per The Hollywood Reporter, co-producer Derik Murray first pitched the documentary to Poitier and his wife Joanna Shimkus back in the summer of 2018. In fall 2019, director Reginald Hudlin signed on, and then, in June 2020, Hudlin pitched the film to Winfrey and her team at Harpo via a Zoom call.

We all know Poitier’s movies, and Sidney certainly does an excellent job of tracing the Oscar-winner’s career. What most may not know — and what the documentary delves into with precision — is Poitier’s journey from growing up on a farm on Cat Island in The Bahamas to moving to Miami, and then New York, and navigating a world (and industry) that was predominantly white. Combining archival footage, Poitier’s own narration, anecdotes from his family, and exclusive interviews with legends in the entertainment industry inspired by the actor and his work, Sidney juxtaposes Poitier’s career against the backdrop of American history, culture, and politics.

Sidney opens with Poitier telling a story about how, at birth, he was not expected to live as a result of being born two months early. His narration, the distinct timbre of his voice ever so recognizable, plays over a montage of his career, from stills of his films and photographs of him on-set to magazine covers and other iconography that have become so associated with him (like the above image of him in an empty theater). An interesting juxtaposition, it may feel akin to an in memoriam reel, especially with Poitier’s death earlier this year — certainly, the documentary works as a tribute to the actor in this respect — but then, a few moments later, his face, in real-time, finally graces the screen. Suddenly, you’re reminded that we’re here, not because of his death, but because of his life. In this way, Sidney is an achievement in being an intimate portrait of a single, humble man who, against all odds, achieved the extraordinary.

Interviews with People Inspired by Poitier

According to Deadline, the “present-day” interviews with Poitier used in Sidney were actually taken from eight hours of footage he had filmed in 2012 for an episode of Oprah’s Master Class on OWN (which Winfrey revealed was not seen by many). It’s a powerful resource that serves Apple’s documentary well, especially when it comes to the more harrowing moments in Poitier’s life, like his encounters with the Klan or that time a white police officer in Florida pointed a gun to his head. A master storyteller, to hear the actor himself share his memories is nothing short of a gift to us and, what’s a more, a testament to Sidney and the team’s respect for Poitier. It’s his life and his story, after all. Indeed, interviews with Poitier’s first wife Juanita Hardy, his daughters, and those in the entertainment industry (from Halle Berry and Denzel Washington to Morgan Freeman and Winfrey herself) are largely there to fill in the blanks and give us a fuller scope of Poitier’s impact on those around him.

One significant moment in both Poitier’s life and Hollywood’s history that Sidney highlights, in fact, was the year he received an Honorary Academy Award in 2001. He had, of course, already won Best Actor in 1963 for Lilies of the Field, and was the first Black man to win the coveted statuette (and the second-ever Black actor to win an Oscar after Hattie McDaniel in 1939). However, the same year he received the Honorary Academy Award, both Berry and Washington notably went on to win Best Actress and Best Actor, respectively. In Sidney, both actors reveal how momentous that night was for each of them, having been inspired by Poitier’s movies growing up and seeing him forge a path for himself in Hollywood at a time when Black actors were cornered into playing stereotypes or caricatures of themselves and undervalued as artists.

Someone who forges through life, ultimately, is the picture of Poitier that Sidney succeeds in painting: a man carved out space for himself, his art, and, more significantly, for those who looked like him. As revered as he is for his work as an actor and entertainer, Poitier contributed greatly to the fight for civil rights. Another significant moment that Sidney highlights is the time he turned down a role in The Phenix City Story, which would go on to become a critical and commercial hit because it didn’t align with how he believed Black characters should have been depicted on-screen — a decision largely unheard of in 1950s Hollywood, when roles for Black actors were few and far between. And yet, he stayed true to his beliefs. These days, “revolutionary” is a word that gets thrown around and carelessly tacked on to a lot of things, but it is precisely the best word to describe Poitier as an artist and activist. Sidney triumphs in reminding us of why exactly that is.

Sidney premieres on AppleTV+ and is available in select theaters on September 23.

Riverdale star Ryan Grantham gets a lifer for murdering his mother; here’s what the actor said on the final day of hearing