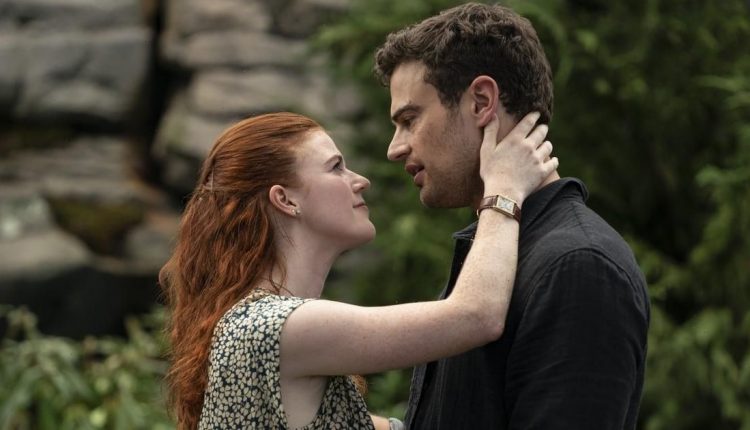 American author Audrey Niffenegger catapulted to bestselling fame when her debut novel, The Time Traveler’s Wife, hit the publishing market in 2003. A science fiction romance book, it was originally published by an indie press and then reached mainstream appeal after being featured on The Today Show. By 2009, the book would sell over two million copies in just the United Kingdom and the United States alone, establishing Niffenegger as an author to watch out for in the future. Fans of the novel praised how it balances the science fiction elements with the melodramatic love story woven throughout its story.

The first adaptation of The Time Traveler’s Wife made its way to the big screen in 2009 when Plan B Entertainment and New Line Cinema acquired the rights to produce. Eric Bana, Rachel McAdams, and Ron Livingston starred in this version of the novel, which would turn out to be a commercial success, despite being a tragic romance, drawing in over $100 million at the global box office. The movie would be a failure among the critics, but its mainstream success demonstrated that this was a tale that resonated with audiences.

Thirteen years later, in 2022, The Time Traveler’s Wife has returned. HBO secured the rights for the television adaptation in July 2018, and Steven Moffat (Doctor Who, Sherlock) was set to write the series. Three years after that, its leads were cast. Clare was to be portrayed by Scottish actress Rose Leslie, who can be previously seen in Downton Abbey and Game of Thrones. Her husband, Henry, is Theo James, who initially made his breakthrough role in the teen science fiction series Divergent. These two leads have a history of acting in movie adaptations of books, so it seems like they are the duo to tackle the subject of The Time Traveler’s Wife.

Related: 11 of the Best Science Fiction TV Shows of All Time, Ranked

The HBO series approaches the subject with a nonlinear storyline, which makes sense considering this is a story about jumping through time. In the first episode alone, it switches between Clare’s childhood, when she first meets an adult Henry in the woods, the two meeting as adults, and then a brief interlude where child Henry meets adult Henry. This plot structure works theoretically, but its limitations expose themselves as the storyline progresses, and it delves into exposition territory.

For example, when Clare meets Henry as a young adult, he is twenty-eight and has a girlfriend. She goes on a date and sleeps with him saying that he will be her husband, but he seems a little less than delighted to see his future wife in the flesh. He even calls her crazy and says he only slept with her to have someone to sleep with, then she throws her high heel at him. Thus begins a strange four-way segment where she yearns for the future Henry she originally fell in love with, while the 28-year-old Henry is supposed to fall in love with Clare.

The story’s heart lies in the fact Henry cannot control his tendency to disappear and reappear in a completely different period, while Clare will always be stuck in the present moment no matter what. There is not a lot of content to work with to stretch across six episodes in a miniseries, as the world can only handle so much pining and cuts to him appearing in a different era before it becomes cumbersome.

While the book explains his time traveling as a genetic disorder, the series sets it up so that multiple Henrys can exist in a single timeline. Cue: a younger Henry meeting an older Henry. In the original story from the book, Henry discovers his little habit after a car crash, but in the television adaptation, he simply is in bed as a kid. 28-year-old Henry then explains to him what is happening, but this is not the first time this occurs. In the same episode, 36-year-old Henry also lectures 38-year-old Henry about how he treats Clare, his future wife.

The leads also lack chemistry, making this even more painful to spectate. Fans may be used to the energy Rose Leslie brought to her character in Game of Thrones, but this electricity is completely missing from the series. James does redeem himself through his character development; the 28-year-old version of him, essentially, comes across as a washed-up frat boy working at a library. His evolution into the more mature 36-year-old is a pretty drastic change, especially considering he is the one calming down Clare after a confrontation with his past self.

Related: Along For the Ride Review: Style Over Substance in Sweet Netflix Romance

Other aspects of the series seem questionable in its scope: Clare meeting a naked man as a child, running off to get her clothes, and telling her mother about said naked man in the woods seems to miss the mark. The two then getting into a conversation about his future wife is a not-so-subtle reminder about what this series is about. But the conversations like this happening repeatedly start to get old even in the first episode, and once the viewer sees the scenarios happening, they, too, start to become repetitive.

By hammering in the fact that Henry is a time traveler methodically, it leaves no sense of imagination for where exactly the plot could go. The stakes seem low, to begin with, not giving the plot any room to breathe outside of the show’s romance aspect. Its conflict is driven by the fact that Clare is separated from her husband often because he is a time traveler, so the opening portion of the story tries to sell the magic of their romance. However, it comes across as a bit forced, since adult Clare’s reasoning for wanting to engage in a relationship with Henry is because he has appeared to her again and again in her lifetime. It is also because she is aware that they will be married in the future.

Clare’s confidence in their relationship is a bit shameless, playing into the trope of the star-crossed lovers first established in Shakespearean tragedy. It is now 2022, and considering the series starts with the fact that a six-year-old girl is meeting a man who will become her husband—noted later in the captions that he is 36—feels a little outdated. It technically makes sense considering the show’s context, but it comes across as grooming instead of romantic.

When it opens the series, it sets the tone immediately and puts a bad taste in the mouth that lingers. Clare is also a spectator in a larger story; she lacks any real agency to make decisions outside of the norm already dictated to her. That, too, seems a bit backward and patriarchal for a female character in 2022. Instead of making her own decisions, she simply exists within the way that things should quote-on-quote be for her.

Little humorous cracks about time here and there give the viewer opportunities to be reminded that, yes, he is indeed crossing time and space consistently. “Time is irrelevant to me,” snaps Henry’s coworker when confronting him on why he leaves his clothes everywhere. “Lucky you,” Henry replies, sprinting off to his next adventure. In this case, it is meeting his future wife, Claire, in a library when she is in college. These little comments here and there help alleviate the moments that seem to be lacking pace, but they also are a reminder that guess what? He is a time traveler.

Is the story behind The Time Traveler’s Wife still compelling even today? Yes, it seems undeniable to say the opposite. Outside of the fact that the child storyline comes across as predatory, people will devour the romantic aspects of a time traveler always returning to his wife. This adaptation of The Time Traveler’s Wife’s biggest problem is overcoming the reputation that the previous version established. HBO’s edition fails to fill in the cracks left behind, making the story drag and seem aimless at times. Perhaps The Time Traveler’s Wife is an example of something published in the early 2000s that needs some serious updates for the story to appeal to modern audiences. Otherwise, it may come across as problematic.

However, there are threads left unanswered: what about the body parts that are randomly shown in a shot left behind while time-traveling? Maybe the series will eventually explain what happened there, or it is saving itself for a potential season two. Will audiences be willing to stick around for another season? We cannot predict the future or be there, but only time will tell.

The Time Traveler’s Wife is available to stream exclusively on HBO Max. Episodes will be released weekly on Sunday nights at 9 PM EST.