A Messy Action Movie With No Substance 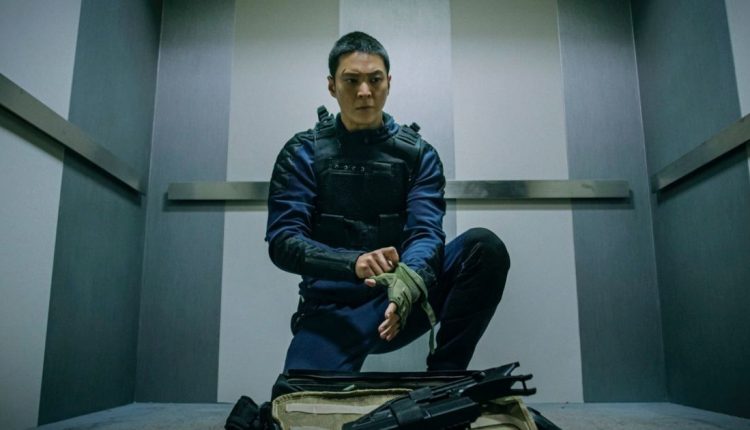 Netflix has been rolling out some changes throughout the past year and a half. While audiences may be upset that advertisements may be added to their content, they can be happy about this: they have been gradually increasing their international television and movies, especially Korean dramas and movies. In 2022 alone, shows like Money Heist: Korea and All Of Us Are Dead have made their mark on the platform, while 2021’s Squid Game brought new audiences to Korean entertainment. The future looks like it might hold a lot of potential and promise with Netflix’s global content, but August 2022’s line-up includes Carter, Jung Byung-il’s newest film.

Jung Byung-il became well-known on the international film festival circuits with his 2017 film The Villainess with Kim Ok-bin and Shin Ha-kyun. The film premiered at Cannes Film Festival and was praised for its camerawork and action. It is currently being adapted for a television series on Amazon. Carter, distributed through Netflix, seeks to replicate the same success that The Villainess had while cranking up the violence and storyline to another level. With a run time of one hundred and thirty-two minutes, Carter is a wild, illogical ride all the way through.

Joo Won, best known for his dramas King of Baking, Kim Takgu, Good Doctor, and My Sassy Girl, stars as Carter, the titular role. Veteran actor Lee Sung-jae (Abyss, Barking Dogs Never Bite) portrays Kim Jong-hyun, while Jung Jae-young, best known for his roles in Hong Sang-soo movies, makes a cameo as Dr. Jung Byung-ho. No need for many stars in this movie because the action and scenes mainly focus on Joo Won’s character. Each actor does a terrific job in their role, making up for the movie’s shortcomings.

An Agent Must Rescue a Girl To End a Pandemic

In Carter, the exposition comes swiftly. As a group of English-speaking foreigners in South Korea sit on a bus, an English-speaking news reporter in the background reports that an infectious virus, emerging out of the Korean DMZ, is rapidly turning people into monsters. American soldiers returning home from deployment in Korea are the source of the outbreak in North America, but this is not a movie focusing on the United States. As the camera shifts away from the people on the bus and into an abandoned area, another television report, this time Korean, informs the audience a doctor who cured his daughter of the virus has gone missing. Thus begins heightened tensions between North and South Korea, two countries that had just agreed to peace agreements in the same year.

The prime suspect is Carter, who is found at the scene the doctor is said to be. With his bed and floor coated in blood, the people on the bus storm in and demand why he kidnapped the doctor. Unable to remember anything, he is forced to answer a ringing phone, which violently explodes, and then Carter begins hearing the woman’s voice from the other end of his head. She now gives him instructions on what to do and where to go, lest he dies from a bomb implanted in his mouth, and along the way, he discovers that he worked for North Korea, his wife died of the virus, and now he needs to help North Korea get the treatments ready for the disease before it is too late. The impact of the virus, which makes infected persons violent and zombie-like, is largely seen through secondhand sources throughout the film.

At the same time, the CIA is chasing Carter and trying to eliminate him from the equation. He rescues Ha-na, the daughter of the missing Korean doctor. Ha-na is the secret behind the cure, as she appears to have immunity after being cured. The movie does not go into detail about why exactly this is the case but establishes an urgency as to why she needs to get to North Korea right now. There are major political statements made, as the Americans are depicted as the villain throughout the movie, while North and South Korean relations splintered because of this. Ha-na is ignored and locked up throughout this process, despite being the cure for a global pandemic.

Carter is all style but no substance by the end. When characters are introduced it seems like there will be more to the story, but then nothing happens. There is a push and pull between Carter being an American agent who went rogue in North Korea then another woman coming to tell him that his real name is Michael Bane. Meanwhile, at the movie’s beginning, Carter is informed by North Koreans he had a wife and a kid in North Korea and that he was a hero to their people. As the movie focuses so much on the action, something critical is lost with these threads, and the audience might continue watching as they get gradually more confused. It becomes hard to focus on how he might once have been a normal guy named Michael Bane, as the woman in a dying agent’s AirPod knock-off is insisting when Carter is smashing a guy’s head against the pavement while in a moving car.

A Bloody Sequence of Events

Key elements of Jung’s style of filmmaking are present throughout the movie. In movies like The Villainess, he was praised for his use of a handheld camera weaving through the action scenes, creating a dizzying atmosphere that immerses the viewers directly into the fights. Carter seeks to establish itself immediately from its predecessor, making the fight scenes bigger and bloodier. The very first fight scene takes the word bloodbath literally, putting Carter into a massive fight against what seems to be a hundred men in a bathhouse. Armed with only a machete, he takes on this horde of men by slashing and hacking through, blood in the water, and physically on the camera.

Carter, at times, can be overwhelming. There is a basic thread of plot tying everything together, but in summary, Carter is an action film. It does not need an excuse to focus on the story too much, but, instead, the extended fight sequences are edited to look like they happen in a single take. Through exposition, the viewer becomes acutely aware that this virus came less than a year before North and South Korea agreed to a cease-fire, but then everything falls apart when the doctor goes missing. Outside of Ha-na and Carter, many of the characters are introduced, but then disappear or are forgotten about, making them feel disposable. Even Carter feels disposable. His motivations are murky and his motive unclear, but, at the same time, he is risking his life for this mission.

Everything we know about him is explained by other characters, which can be a little too convenient and heavy-handed with exposition. Half of the time it becomes a question of how this man is still alive, as the claustrophobia and tenseness created by the music and blocking make it seem like he is always watched and pursued. Some of the moments in the movie are also cringe-worthy, the dialogue stiff and forced. During the opening scenes when Carter is confronted by the group on the bus, the awkward interrogation scene feels a bit more like role-playing. When he is told who he is and his overarching mission, the story tries to create this emotional tie to everything with Carter’s daughter being sick. But because he lost his memories and does not remember his daughter and wife, this does not work emotionally. Then there is this fact: Carter believes everything, which could have been made up for all that he knows.

Carter is an ambitious movie, that is for sure. It can be stylish with its camera movement and editing but severely lacks in terms of story and characters. There are interesting threads and themes about the role of technology, family, and identity in a surveillance state, and the camera constantly following Carter enhances these concepts. Those with weaker stomachs might not like the gore and violence, though, which takes up a vast majority of the screen time. Perhaps this movie was wasted by debuting on the small screen instead of a theater’s screen. With homages to other action movies, including The Villainess, and a scene reminiscent of Oldboy when Carter’s molar is forcibly ripped out of his mouth, Carter may be worth the journey for some, but not many individuals.

Carter is available to stream on Netflix as of August 5, 2022.

BTS’ V aka Kim Taehyung breaks down after an emotional moment; Wooga Squad pours love on him in the new Friendcation episode