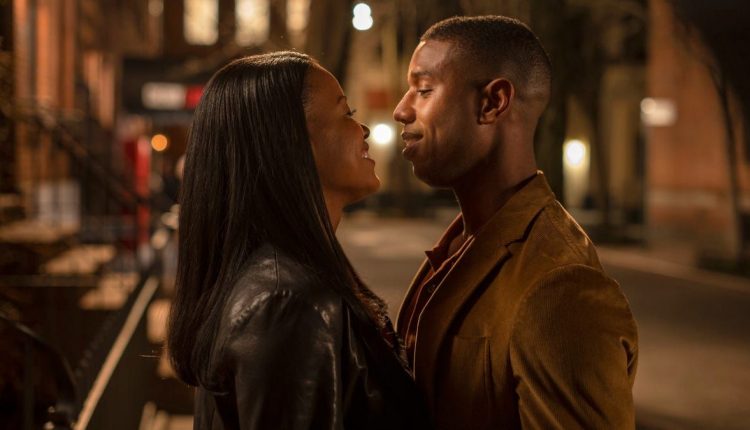 While Hollywood has lacked diverse representation until very recently, it’s the romance genre (whether comedy or drama) that seems to suffer the most. “Why do rom-coms think only white people fall in love?” asks writer Rhema Bhat. “BIPOC people,” she continues, “deserve to see themselves on the screen in ways that portray them as desirable, lovable, and beautiful. So many children of color struggle to see themselves as worthy of romantic love because of the constant focus on Eurocentric beauty standards.”

Before 2017 or so, there were really only a handful of mainstream romantic films with people of color as leads– Love & Basketball, Brown Sugar, Love Jones, Top Five, Hitch, and Maid in Manhattan; three of these were very low-budget and not too profitable, and the latter perpetuated some pretty tired stereotypes about Latinx culture. Near the end of the decade and after the #OscarsSoWhite scandal, Hollywood began to open up to more diversity, with Crazy Rich Asians, If Beale Street Could Talk, and To All the Boys I’ve Loved Before paving the way forward for representation within the romantic subgenres. A Journal for Jordan, directed by Denzel Washington and based upon the memoirs of Dana Canedy, continues this fortunate trend but fails to do so very memorably.

The film charts the relationship between Dana, played by Chante Adams, and First Sergeant Charles Monroe King, played by Michael B. Jordan. Using journals written to their son as a framework, the story is told mainly through flashbacks after King is killed during a 2006 tour in Baghdad. The movie looks back at the couple’s lives through their first encounter, long-distant relationship, love, and pregnancy. King would only get to see his son (the titular Jordan) once before dying, so his 200-page journal would become a formative tool for the boy to understand and connect with him. Dana, then a writer for the New York Times, would use her own writing to both heal and tell Jordan about his father, beginning with a famous 2007 article.

They’re an unlikely couple, to say the least. He is a quiet, polite, religious, and serious man some may consider to be brooding or, at best, introspective; she is a boisterous, strong-willed, impatient, irreligious woman who says that “men are luxuries, not necessities.” Washington manifests the contrast between the two very well in a simple scene in which the couple sits at a traffic light, the car ahead of them oblivious to the green light. King waits patiently in the driver’s seat, but she reaches over from the passenger seat and honks his horn. Little moments like these are wonderful (if few and far between) elaborations of the characters’ personalities.

The early-to-middle sections of the film are its best, expertly depicting the awkwardness and banality of actual, average relationships. There is a realness to their long-distant phone calls and eventual dinners together, and A Journal for Jordan really excels at these small moments of normal life. The sequence in which King visits Dana in New York City for the first time is perfect in how it navigates the insecurities, sexual politics, and emotional vulnerability of the utterly awkward initial stages of romance. The movie is most self-confident here when its characters are the least self-confident, as when Dana interrupts a passionate romantic kiss in order to shave her body and moisturize before even considering the prospect of sex.

This is also where the lead actors do their best work. Chante Adams is a relative newcomer, winning a Sundance Special Jury Prize for Breakthrough Performance in 2017’s Roxanne Roxanne but only starring tangentially in a few films since. Here, she is charming and funny even when her character can be abrupt or rude; the film asks a lot from her, oscillating between her despair as a widowed new mother and her giddy, nervous joy during her romance, but she’s up to the task. Michael B. Jordan is unsurprisingly good as King, a newly-divorced man who is passionate about protecting his fellow soldiers but also carries around a quiet sense of despair with him wherever he goes. The problem, however, is that he seems so emotionally detached and distant from Dana sometimes, as if desperately avoiding vulnerability, that he becomes rather aloof. His eyes aren’t ignited with passion, and his inflection and body language are rather lifeless, so that viewers may question whatever chemistry there is between the two leads. It’s almost as if they’re each acting in separate films. Jordan is one of the best young actors working today, so it’s strange to see him this sullen in a romantic drama.

Washington’s direction is also rather stilted and occasionally lifeless. The Oscar-winning actor (who is making waves for The Tragedy of Macbeth) began directing films with the very good Antwone Fisher and has continued to specialize in adapting great Black stories into movies with The Great Debaters and Fences. Strangely, his lack of stylization and distinct directorial gestures has sometimes served him well with adaptations, allowing him to present something like August Wilson’s play Fences in a cinematic format efficiently and without fuss. Here, he seems to insert even less of himself into his direction than usual, and to the film’s detriment; it’s so anonymous that the movie could have been directed by anyone, even a Hallmark Channel veteran. Make no mistake, the movie is entirely serviceable, but there is nothing in the direction or script which distinguishes it from any other standard romantic drama, aside from the inclusion of Black protagonists for this kind of movie. This is really unfortunate, considering that Washington has wanted to make this film since 2007, but little of that passion is shown here.

Similarly, there’s not even a political identity to the film, which seems like a missed opportunity considering the prominence of war and the military in the movie. With the final American troops leaving Afghanistan in September of 2021, two decades after the World Trade Center bombing which began the infamous War on Terror (and is featured in A Journal for Jordan), perhaps it’s time to reconsider the painful trauma inflicted upon a generation of young soldiers and entire Middle Eastern societies. Instead, this movie is blatantly apolitical and uninterested in focusing on the war and the experience of soldiers as anything other than a narrative device for romantic tragedy.

None of this is to say that A Journal for Jordan is a terrible film; it’s merely a typical one. It hits all the basic marks seemingly required of a romantic drama– a big city, an unrealistically attractive couple, an overblown argument and fight, a gay best friend, a tragedy followed by a hopeful appreciation of what’s been lost, and so on. In an emotionally manipulative kind of way, it even mostly works, at least for those seeking out the always-popular romantic tearjerker. Ultimately, with the exception of the wonderful aforementioned early-to-middle half-hour, the movie is a sentimental by-the-numbers job, capable of making audiences cry but largely incapable of making them remember why afterward. The articles, journals, and memoirs on which it’s based are often very moving and empathetic snapshots of humanity in their own right, but the film is nowhere near as interesting.

This is a shame since Hollywood still needs a more diverse representation in romance. “Much of the film industry is still under the impression that diversity is an added expense instead of an added benefit,” writes Micaela E. Griffin in her academic paper on the subject. “That perception needs to change to make way for the increasing diversity in the industry.” Regardless of how typical this film is, it nonetheless uses Black actors and Black experiences to tell its tale, something which remains cinematically crucial. The romantic experience is not confined to a white cisgender lens, so the romance genre shouldn’t be, either. More films led by people of color mean more stories and more accurate portrayals of the human condition. A larger cross-section of humanity can empathize and relate to the experiences on-screen when diversity exists in more and more films, even if mediocrity can sometimes be the byproduct of this bounty. A Journal for Jordan is not great, but it’s another small step in a better direction.

The Tragedy of Macbeth Review: A Visionary Interpretation of Classic Shakespeare

Lord Macbeth (Denzel Washington) and his wife (Frances McDormand) seize control of Scotland in The Tragedy of Macbeth.