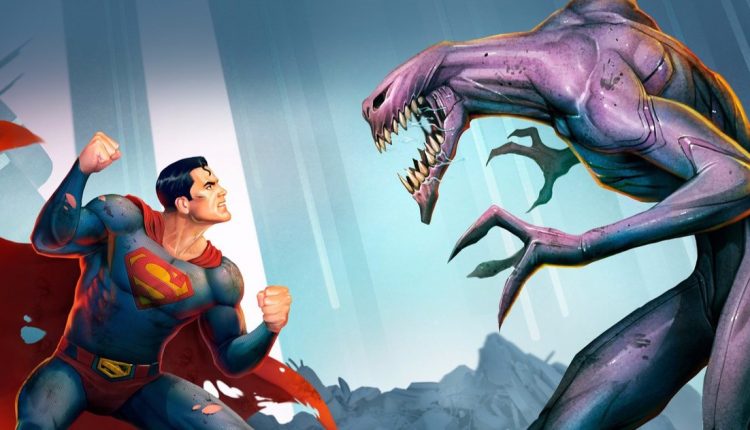 Superman: Man of Tomorrow offers a new origin story with a distinctly different animated style. The characters are defined in bold outlines. The action takes place primarily in a futuristic Metropolis with a retro throwback to the Kent’s Smallville farm. Clark Kent doesn’t have a clue to his actual heritage. Jonathan Kent is alive and well. The film explores Clark’s struggle fitting into human society as a near omnipotent extraterrestrial. It works on an emotional level, but gets melodramatic in a weak climax. Superman: Man of Tomorrow has fan appeal. The problem is that it lacks the punch of recent DC titles.

Clark Kent (Darren Criss) is an eager intern at the bustling Daily Planet newspaper. He fetches coffee while doubling as the city’s costumed savior. Donning a bomber jacket and flight goggles to mask his heroics. Clark wants to use his incredible powers for good, but is fearful to be discovered as an alien. His adopted father (Neil Flynn) has continuously warned him about humanity’s darkest instincts. Mankind hates, fears, and persecutes outsiders. Martha Kent (Bellamy Young) does not share her husband’s opinion. She believes Clark is destined for greatness.

Lex Luthor’s (Zachary Quinto) launch of a rocket at S.T.A.R. Labs turns into a disaster. The industrialist megalomaniac is publicly taken down by an intrepid reporter, Lois Lane (Alexandra Daddario). Clark is then forced to redirect the rocket into space when it veers off course. He learns a valuable lesson about the source of his strength. But alerts the intergalactic bounty hunter, Lobo (Ryan Hurst), to his presence. A Kryptonian fetches a high price. Lobo and Clark’s battle over Metropolis has a devastating result. A monstrous, energy draining parasite (Brett Dalton) is born from the melee.

Clark Kent is essentially a millennial trying to find purpose. He’s awkward, unsure of himself, searching for a place in an unforgiving world. But he has a noble and caring disposition. His human parents gave him the moral guidance and strength of character to succeed. Kal-El was born on Krypton, but was raised by Jonathan and Martha Kent. He reflects their Smallville values. They are the rock that built his foundation of truth, justice, and decency. Superman: Man of Tomorrow gives the Kents their due.

The characters look like they were drawn with a black sharpie. This becomes more evident when their facial features don’t share this quality. Lois Lane’s nose seems to vanish on her face. Lex Luthor’s bald head becomes a pastel oval. Parasite looks markedly different from a forward facing perspective. It doesn’t help that the battles are underwhelming. Superman and Lobo have a decent initial fight, but nothing else in the film matches its intensity. My eyes were continually focusing on the exaggerated characters. I found the film’s animation to be distracting and downright silly at times.

Superman: Man of Tomorrow doesn’t work as an action film. But successfully depicts Clark Kent’s journey to becoming the Man of Steel. Superman diehards will appreciate the time spent on his actual upbringing. Others may feel differently about the animation, I was definitely not a fan. Superman: Man of Tomorrow is a production of Warner Bros. Animation. It is available now for digital download with a DVD/Blu-ray release on September 8th from Warner Bros. Home Entertainment.

Natalie Portman shuts down her pregnancy reports; hits back at bodyshamers in a hard-hitting post