A Documentary Revealing The Truth Behind a Wrongful Conviction 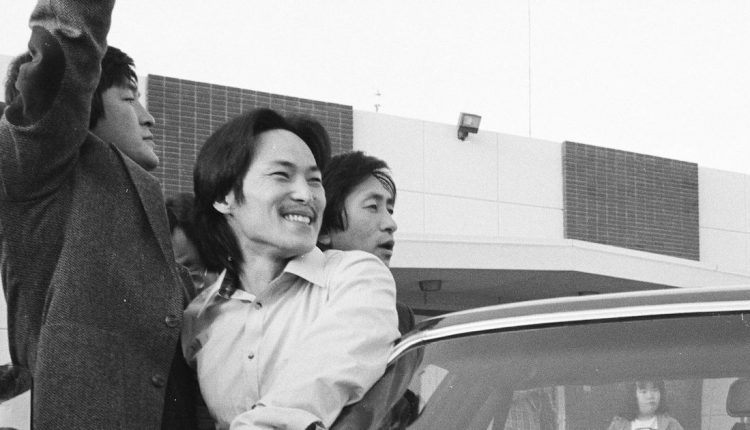 Throughout the United States’ brief history, there has been a standout event consistently occurring, even today: unlawful convictions based on racial biases and motivations. African-American citizens face the brunt of this in the courtroom, leading them to be up to seven times more likely than white people to be wrongfully convicted for an act of murder. These accusations appear in different forms: a witness, unable to face the root of their prejudices, may lie in court, make a false testimony, or simply lacks the awareness to distinguish that people from a nonwhite ethnicity or race do not all look the same. The forensic investigation may also come up inaccurately due to negligence or a critical error, leading to a conviction that should have never happened. All of the above is what happened to Chol Soo Lee, a Korean immigrant convicted of a murder he never did. Free Chol Soo Lee seeks out the answers to Lee’s case and legacy, providing a thought-provoking series of questions about Asian-American history.

Free Chol Soo Lee made its debut in the film world at the 2022 edition of the Sundance Film Festival. It takes on the subject of Chol Soo Lee, a figure whose life truly could be made into a movie. Filmmakers Eugene Yi and Julie Ha sought to reconstruct the timeline of Lee’s arrest and the aftermath of the activism that brought together generations of Asian-American activists, elders, and communities to rally for Lee. Through archival footage and interviews with those involved with the movement to bring Chol Soo Lee’s case to light, the documentary paints a thorough picture of a period that can be haunting even today. Chol Soo Lee’s case managed to gain the public’s attention through the community rallying together, casting a mirror on the marches and protests that BIPOC communities still have to engage with for equity, safe access, and basic rights.

A Korean-American Immigrant Is Wrongfully Sent to Jail

This is how the story goes as history knows it: somewhere in the depths of San Francisco, a Korean-American man was blamed for the murder of a local Chinatown gang leader, Yip Yee Tak. The man, an immigrant from South Korea, was convicted of murder. His name, Chol Soo Lee, became a moniker and indicator for many who were wrongfully accused by local American police. Lee was sentenced to ten years in prison initially for the murder of the gang leader, but when he was still in prison, Lee killed another prisoner out of self-defense. His fellow prisoner had been a part of a white supremacy group, and because of this murder, Lee was given another sentence, but this time it was a death sentence.

Lee was almost twenty-one years old when arrested for the gang murder, only a few brief months away from his birthday. A key part of witness testimony, which condemned him to nine years in jail for the murder, was racist ideologies. Many of the witnesses were white and held the belief that all Asians looked the same, and, despite Lee being Korean, not Chinese, he was automatically the key suspect because of that. Archival news footage informs there were “hundreds of terrified witnesses” and the murder happened at an intersection. With this context, it seems on the surface that the right guy would have been identified, but that is not what happened at all. The situation becomes even more sticky when it is revealed that Lee was not even at the crime scene, had alibis that were not verified by the police, and had a sloppy trial that condemned him.

Thus begins a grassroots movement to set him free. Throughout the documentary, this part of the story is supplemented with interviews that add richer context to the tragedy of Chol Soo Lee. One of the most critical voices is the journalist K.W. Lee, also known by his full name of Kyung-won Lee. Lee often visited Chol Soo when he was in jail, reporting about his case and bringing wider recognition to what was going on. He said that he empathized and felt similar to Lee, a thread that ties them together even now, many years later. Lee’s coverage of the case would ultimately inspire the Robert Downey Jr. movie True Believer, which was released in 1989 and whitewashes the case, morphing it into a fictional savior narrative.

Lee’s mother, who had moved to the United States after his birth, came to retrieve him from his hometown of Seoul when he was a teenager, effectively ending his life in Korea and beginning a new chapter in the United States. But San Francisco in the sixties and seventies largely consisted of Chinese immigrant communities, adding to the isolation Lee felt through his struggle to assimilate. Not only is it difficult being the only immigrant in the room, but also the only Korean individual as well. When Lee is sentenced to jail and lives life in limbo, not wondering why or when he will be executed, he ironically becomes a symbol of Asian-American activists. Combined with the fact he spent his childhood in the United States feeling like an outsider, he is suddenly both an icon and a hated figure within his community. This leads to a lifetime of substance abuse, returning to criminal activity, and even more trauma from an arson fire he had set.

Chol Soo Lee died in 2014, and now, almost a decade later, Free Chol Soo Lee is making its way out into the world. Lee’s case was relatively unknown outside of the San Francisco Korean-American community, but it speaks to the larger issues that plague American society today. The documentary shows how Lee managed to progress past that victim mentality, but, in a way, he was a victim of a racially motivated American society. The documentary uses extensive amounts of archival footage to tell the story but also utilizes a firsthand source: the memoir Lee wrote. It was not published when he died, but Sebastian Yoon reads excerpts of it throughout, sprinkling in Lee’s perspective when he is no longer here.

Lee’s case is one of many in American history. The remarkable, yet incredibly sad, story of how he inspired a new generation of activists is juxtaposed with how lost he felt from the beginning of his time in this country. Perhaps that is one of the most compelling parts of this documentary: the portrait of Lee is more complicated than a simple hero and villain story. He was a struggling young man who descended deeper into his issues when put into jail. In his memoir, he outlines how grateful he was for the community and how they helped him get out of that situation, but in the same chapters, he would describe how guilty and alone he felt despite the spotlight being on him. Free Chol Soo Lee is not a happy movie, nor does it try to portray itself as such. One could call it grim in its outlook.

Yes, there are moments when an entire community came together in the name of justice, but it also touches on the impacts of injustice. Chol Soo Lee served jail time and faced immense trauma because of what he experienced. He was the unwilling face of an entire movement, and while he gained his freedom a price had to be paid in exchange. Freedom does not come easily, and despite being marked down as a textbook example of what happens when an injustice is reversed, he was still a victim. There truly was no happy ending for Lee and that is the tragedy the documentary works to uncover. Chol Soo Lee is one of the few Asian-Americans exonerated and is an important part of Asian-American history that remains largely unrecognized in the larger narratives.

While the documentary has its shortcomings, it remains an important piece of work. Lee’s case is overshadowed by other prominent cases, such as Vincent Chin’s murder, but the lines of good and bad are not easily defined in Lee’s circumstances. Because he was a messy person, the people who once rallied around him eventually moved on and forgot the significance of his freedom. Incarceration and activism are two topics buried in Asian-American history and conversations, and Free Chol Soo Lee strikes a chord with both.